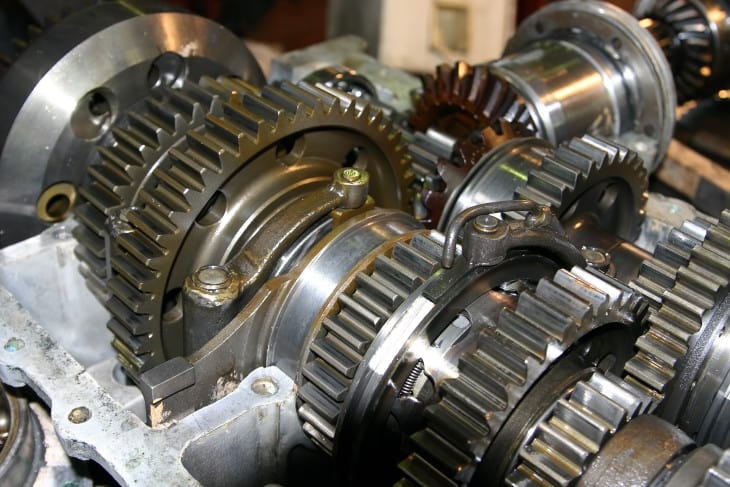 1)Transmission
The transmission is the part that transmits power from the engine to the wheels,and it usually lasts a long time,before it wears out from rough gear changes and other stress that is placed on it.However,it’s usually caused by poor maintenance and by neglecting to get regular oil and transmission fluid changes.
Repairing or replacing a transmission is highly labor intensive and also very expensive.

2)Engine
A blown engine is about the worst news that your average car owner could receive.Normal engine issues are the most common engine problem.But a blown motor means the engine has suffered so much internal damage that it needs extensive repair or a full replacement.
There are a lot of things that can cause a blown engine,from a damaged valve to leaking oil to a broken rod.
The cost of replacing your engine depends on your vehicle,your mechanic and the type of engine your car needs.

3)Head Gasket
The head gasket is vital because it seals the engine cylinders and stops coolant and oil from leaking.When the head gasket blows,it takes a lot of stuff out with it.You’re looking at an overheated engine,leaking coolant and oil, and white smoke from the exhaust.The gasket itself is cheap enough,but the labour is really hard.
You can help keep a perfect seal between the engine block and the cylinder head by using coolant to help your car not overheat.

4)Camshaft
A camshaft in an internal combustion engine makes it possible for the engine’s valves to open and close.It generally won’t break unless you neglect your servicing and oil changes and let dirt build up on the valves.Apart from the cost,a replacement camshaft is highly labour-intensive.

5)Cylinder
A broken cylinder can be caused by continued neglect and ignoring previous warning signs like multiple misfires.If you get regular services you should never end up with cylinder failure.Scheduled maintenance ensures you won’t end up with a huge mechanic’s bill for a cylinder repair.

6)Fuel Injectors
Both petrol and diesel engines have fuel injectors and it provides the right amount of fuel in internal combustion engines.
One possible fault is leaky injectors,which causes pre-ignition or a flooded engine. Obstructions in the fuel filter can cause fuel leakage and dirty fuel to enter the fuel injector resulting in black exhaust smoke.
It’s important to note that you have to replace all of them at once to keep the engine in good working condition,even if only one is damaged.The cost of repair depends on make and model.

7)Fuel pump
The fuel pump is what’s responsible for supplying fuel at the correct pressure to the injector.It’s a sensitive and sometimes expensive piece of equipment that can generate up to 30,000psi.
This pump can be damaged by metal shavings in the fuel,water in the fuel lines and poor fuel quality.
The cost of repair varies depending on the engine type.

8)Timing Belt
The timing belt is particularly prone to wear given its excessive use so it’s important to change them out regularly per your manufacturers guidelines.Letting a worn timing belt go can lead to the belt splitting, causing serious damage to valves,pistons, connecting rods,camshaft and even the crankshaft,resulting in a staggering repair bill.

9)Air Conditioning Compressor
The air compressor in your car separates the high and low pressure air when cooling down your car and its engine.
There are a lot of different things that can cause your compressor to malfunction,such as a rod or valve inside of it breaking or if your engine belt breaks causing a ripple effect.
The cost of repair depends on what caused it to malfunction,the type of car and your mechanic.

10)Radiator replacement
Radiators can go on for years without problems,but they can fail if your car gets a front-end knock or if you neglect to use a proper coolant when you fill them up.If your car is losing coolant you shouldn’ assume it’s the radiator,since there are lots of other hoses and couplings that can fail too,and these are simpler,cheaper repairs.So make sure it’s definitely the radiator that’s faulty before you buy a new one.

6 Ways To Extend The Life Of Your Car Tyres

17 First Aid Items Drivers Should Have In Their Cars – FRSC