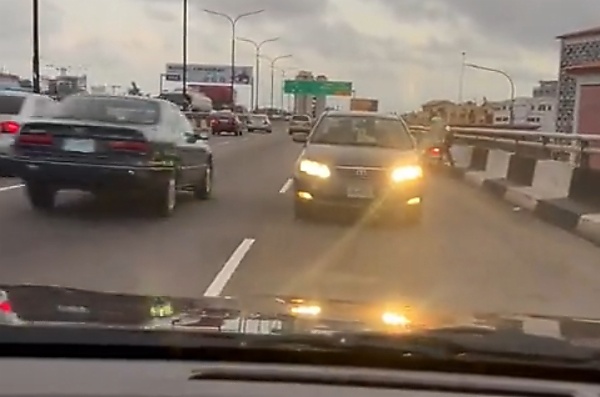 The CPS to the Lagos State Governor ensured the traffic offender reversed his car to face the traffic.

Comes a day after the LASG auctioned over 134 impounded vehicles for flouting traffic rules and regulations. 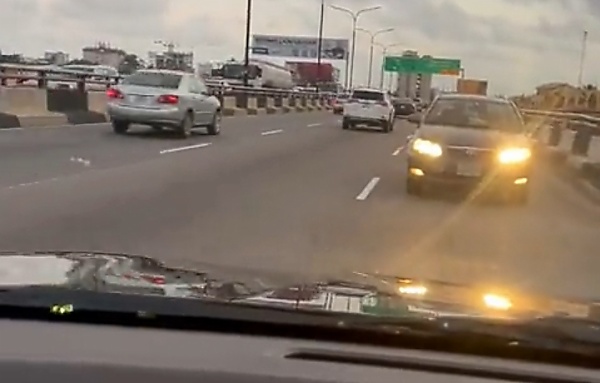 Akosile, who ensured the traffic offender reversed his car to face the traffic, noted that the driver was lucky the Task Force didn’t arrive on time.

“I can’t understand why some people have boldness for criminal acts. I stopped this driver, taking one-way just by the edge of third mainland bridge.

“I made sure he reversed to face traffic. He was lucky that I was alone and the Task Force didn’t make it there on time.”

It comes a day after the Lagos State Government auctioned over 134 vehicles impounded by the state’s task force for flouting traffic rules and regulations, particularly, for driving against the flow of traffic.

The impounded vehicles, including cars, commercial buses and Sport Utility Vehicles (SUV), were auctioned and given to the highest bidders who thronged the venue to bid for the vehicles.

US President Hopped Into A Corvette, Offers Reporters A Ride In An Electric Cadillac Lyriq