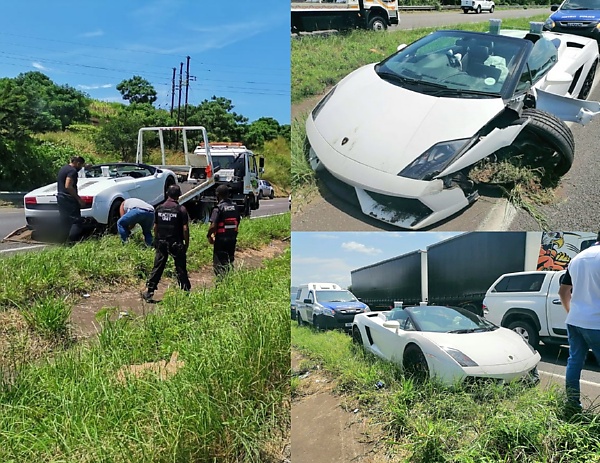 Out of control truck crashes into a Lamborghini Gallardo Sports car in South Africa.

No injuries were reported during the crash, according to security company, Reaction Unit South Africa (RUSA).

The V10 powered Gallardo, named after a famous breed of fighting bull, was succeeded by the Huracan. 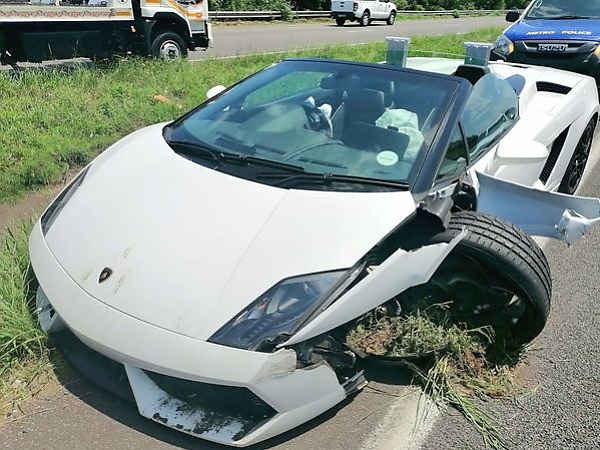 A white Lamborghini Gallardo has been badly damaged after an out of control truck slammed into it on the southbound lane of the R102 in the vicinity of Phoenix last week.

No injuries were reported during the crash, according to security company, Reaction Unit South Africa (RUSA). 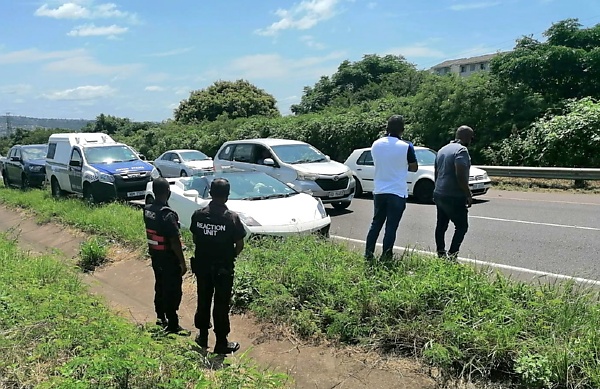 Reaction Unit South Africa reports that the truck was driving next to the Italian made sports car when it suddenly veered into its lane resulting in the collision. 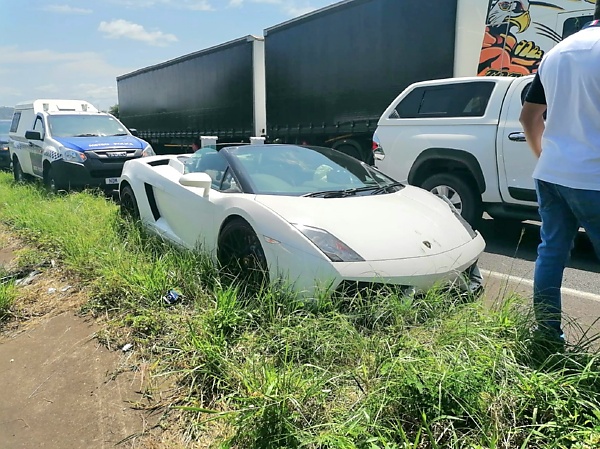 “We were informed by several passing motorists that a heavy motor vehicle and a light motor vehicle had collided. Reaction officers and paramedics had arrived on the scene.

The driver of the light motor vehicle was travelling on the southerly direction when the heavy motor vehicle veered onto his lane causing extensive damages to the left-hand side of his Lamborghini.” 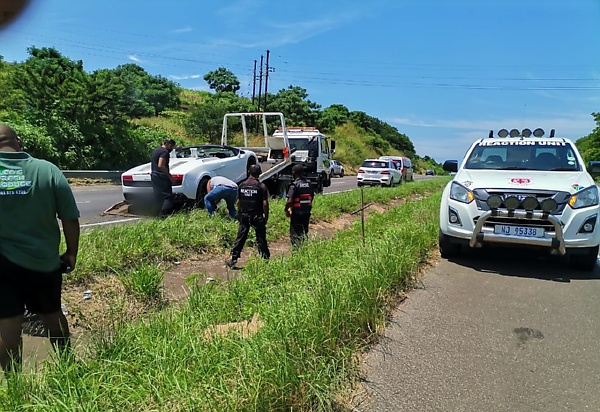 The damaged V10 powered Gallardo, named after a famous breed of fighting bull, is one of 14,022th Sports cars built by Lamborghini from 2003 to 2013.

Lamborghini ended the production of Gallardo, the Huracan’s predecessor, after the final car rolled off the assembly line in November 2013.

Artistic McLaren Artura By Nat Bowen On Display In Dubai