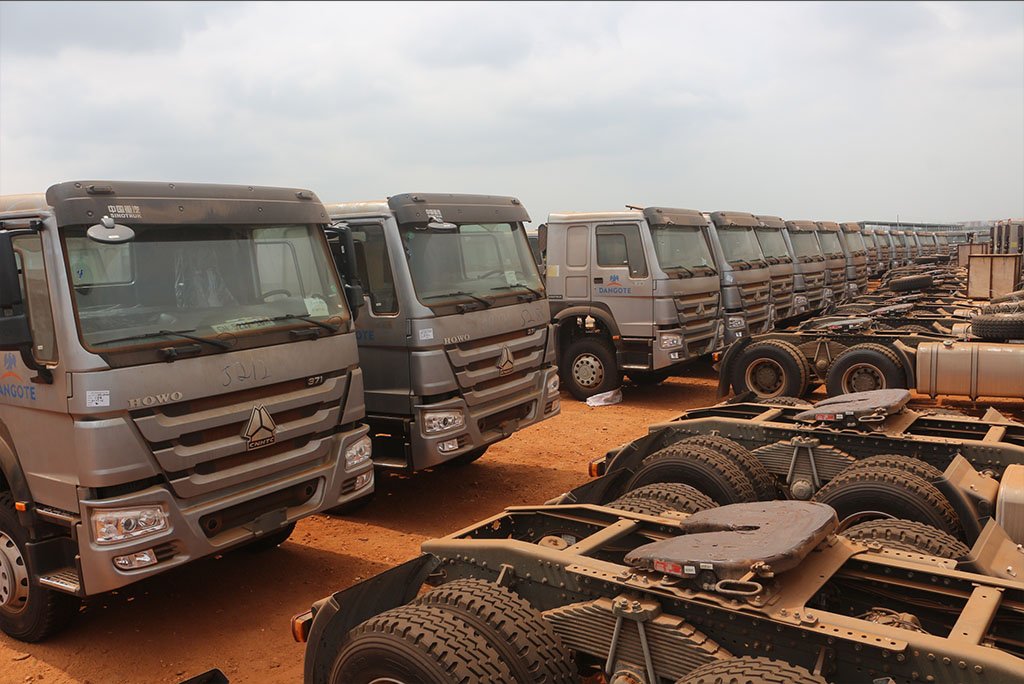 We told you about Dangote’s Truck Assembly Plant back in January. Now it is beginning to yield result.

According to Mr. Hikmat Thapa who is the Group General Manager, Projects, this is the first phase of the project. The second phase will begin in June with two shifts per day, hoping to do 24 hours daily operation moving from Semi-Knocked Down components to Completely Knocked Down (parts) assembly.

“As soon as we move on to 24-hour daily operation, we will churn out between 20 and 30 trucks per day. We started with SKD and now waiting for the CKD parts coming at the end of the month,” he said.

Thapa said the plant which has an installed capacity to assemble 10,000 trucks annually is jointly owned by Dangote who owns 65% and Sinotruck of China owning 35%.

The company said, in a statement, it would assemble and produce full range of commercial vehicles covering heavy duty truck, medium truck, light truck and other semi-trailers, which would create 3,000 jobs for Nigerians.

15 Amazing Cars “Before And Now” Photos