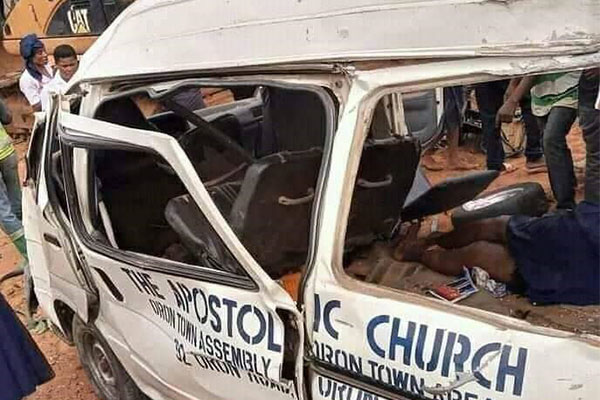 The occupants of the bus were reportedly returning to their base in Oron after attending a burial in Etinan. 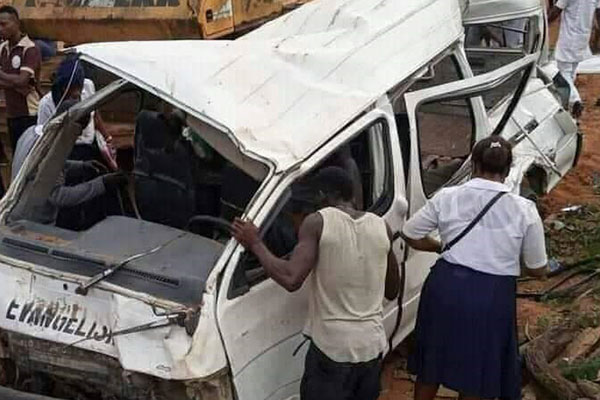 Two people have been confirmed died after a church bus they were travelling in crashed into a stationary bulldozer on Wednesday, in Akwa Ibom State.

According to reports, the occupants of the bus were members of Apostolic Church who were reportedly returning to their base in Oron after attending a burial in Etinan.

Photos of the crash scene showed the injured as well as the mangled white 18 seater bus with the inscription, The Apostolic Church, Okon Assembly. 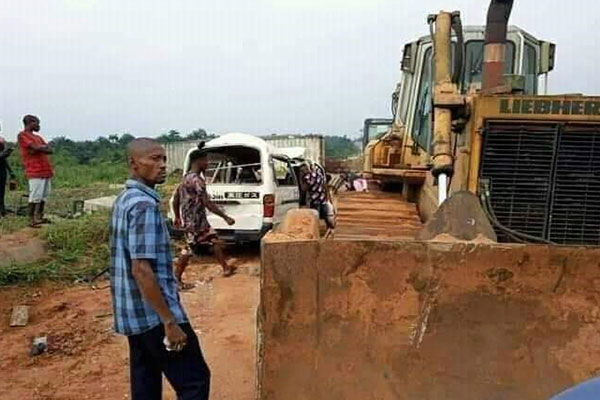 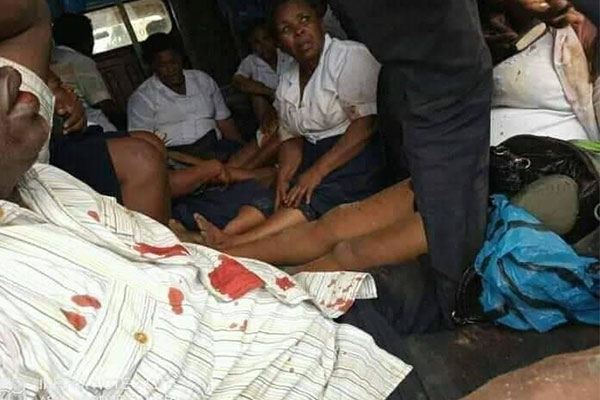 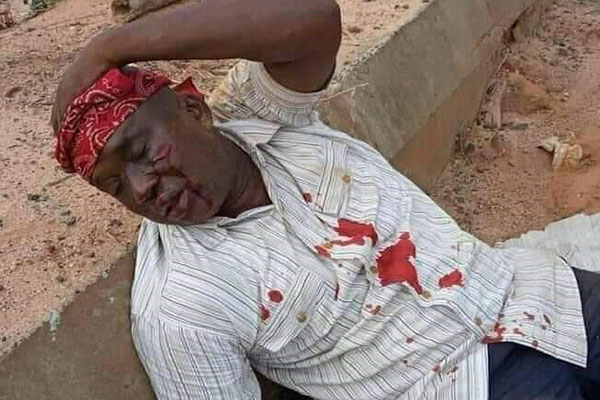 The numbers of passengers in bus is yet to be ascertained, but the injured were reportedly taken to a nearby hospital for treatment.

Reacting to the unfortunate incident, well wishers have taken to social media to send their heartfelt condolence messages to the victims.

An internet user, Freestainworld, noted, “May God heal the injured, rest on to the dead.” Soooo sad! Also, another user, Simplefacts said, “Even the survivors can’t share any testimony. Quick recovery to the injured RIP to the dead”

Peter Obi : As Anambra Governor, I Used Convoy Of 22 Vehicles Until I Found Out 13 Were Empty