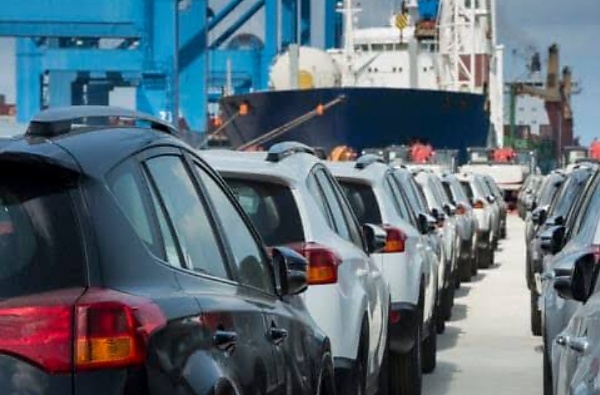 Vin Valuation : Nigerian Customs Service is one of the most automated government agencies in the country, says CAC PTML.

Highlights some benefits of the VIN Valuation process, which he said includes the reduction of cost of clearing vehicles.

The Nigerian Customs Service (NCS) has highlighted some of the benefits of the VIN Valuation process, which it said includes the reduction of cost of clearing vehicles as well as bilateral tax evasion. It added that the Customs is one of the most automated government agencies in the country.

The Customs Area Controller (CAC) of the Port Terminal Multiservices Limited (PTML) Command, Comptroller Suleiman Bomai, said this while announcing the revenue generation scorecard of the Command from January to November 2022.

Giving a comparative analysis of the revenue collection within the period under review, the CAC said a total sum of ₦213 billion (+4%) was collected as revenue between January and November of 2022, compared to the ₦205 billion collected within the same period last year.

“I love challenges, and I would have loved to double that figure, which we can do, but the volume is another thing. If the volume could have remained the way it was, I would have generated at least N1b in this command. But because of the volume, I also interfaced with Grimaldi, and they told me about the external and internal factors which limited the import of vehicles.” he revealed.

Speaking on the VIN valuation, the CAC said that the Nigerian Customs Service is one of the most automated government agencies.

“We have the capacity and officers to roll out any product, and when we rolled out the VIN valuation, we sensitized the stakeholders; to me, it is a success story. At the same time, it was not 100% complete because there are what is called the standard and non-standard, and I hope that the latter will soon be automated. If we can do that, then we would have completed the automated process of vehicles.”

“The automation process does not stop there, as even the enforcement aspect is also being automated. The era of someone clearing their vehicle from the port and being stopped along the way by an officer for value checking is gone; now, they have a tab on which they can check if the duty is standard, which takes less time.”

“Some of the beautiful things about the VIN valuation are that we have reduced the cost of clearance, and we have maximally reduced contact because that is the most dangerous thing during the clearing process; it ushers in what I call bilateral tax evasion. When there is contact, the taxpayer and the tax collector connive to cheat 200 million Nigerians.”

“Today, from the comfort of your house, you can pay your duty, do your assessment at the clearing zone and other procedures, and all that will be left is the examination and picking your vehicle, and once it is standard, you have no issues. The only issues we usually have are from the non-standard aspect, where the management is trying to automate, and once that is done, we are good to go.” he explained.