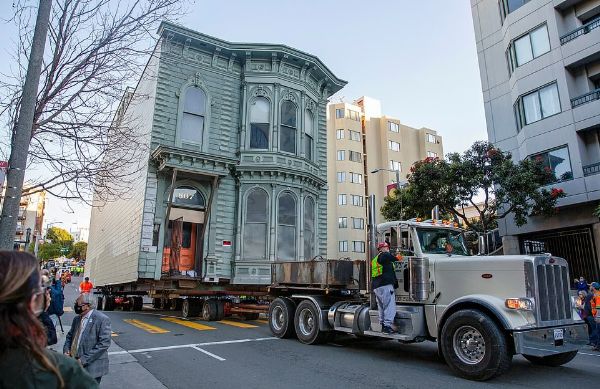 San Francisco broker Tim Brown has used a truck to move his 139 years old house to a new location in U.S.

Tim reportedly spent $400,000 to move his house worth $2.6 million to a new location six blocks away.

Part of the money were spent on removing obstacles like street lights, parking meters, utility lines as well as cutting back trees. 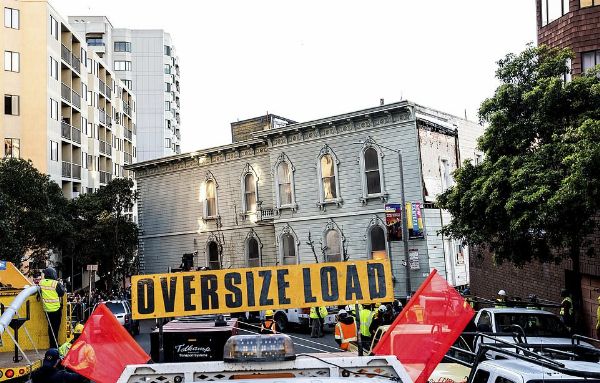 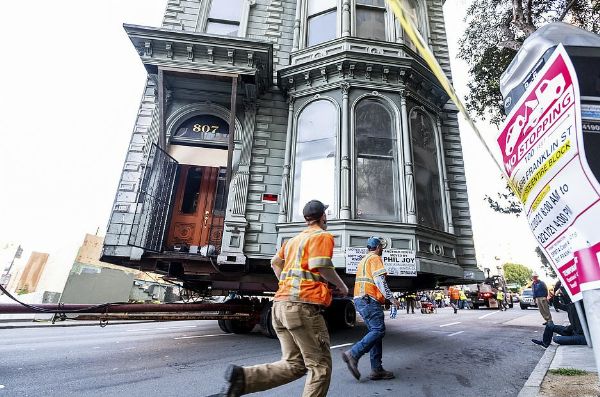 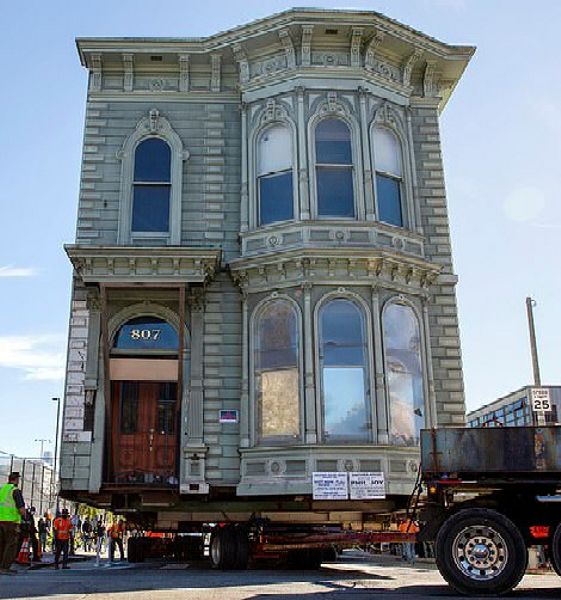 After spending 139 year at 807 Franklin Street, a San Francisco broker, Tim Brown, has uprooted and move his entire two-story Victorian house to a new plot six blocks away.

Tim Brown reportedly bought the six-bedroom home dubbed the Englander house for $2.6million in 2013. The Real estate broker is reported to have been laying plans for the move for nearly eight years. 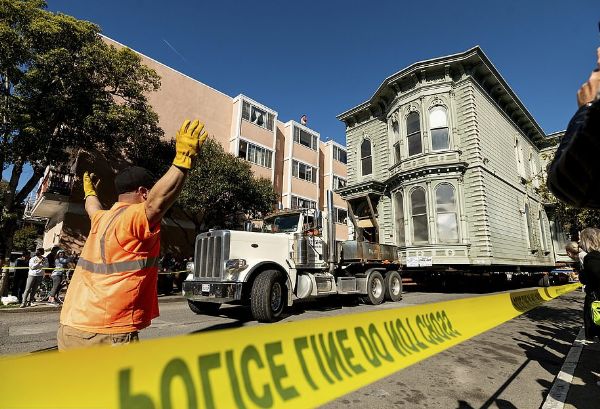 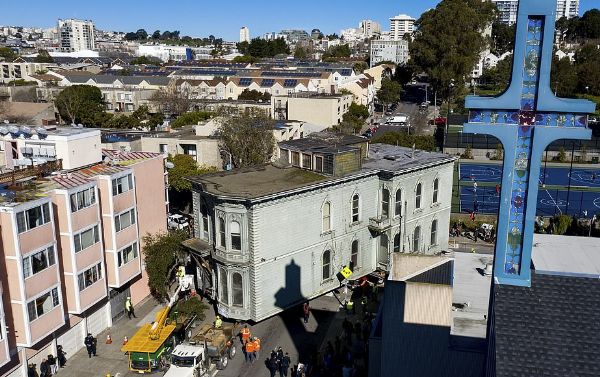 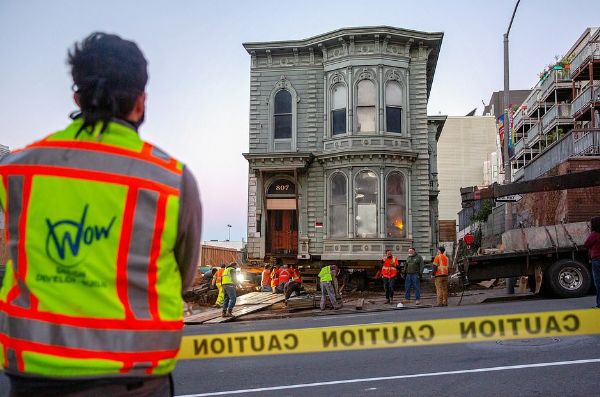 Workers lifting the home off of its foundation at its former location, 807 Franklin Street

According to the consultant overseeing the project, the move cost Tim Brown approximately $400,000. Part of the money were spent on removing obstacles like street lights, parking meters, utility lines as well as cutting back trees. 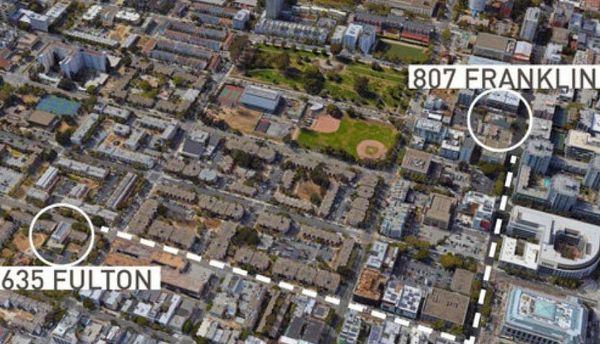 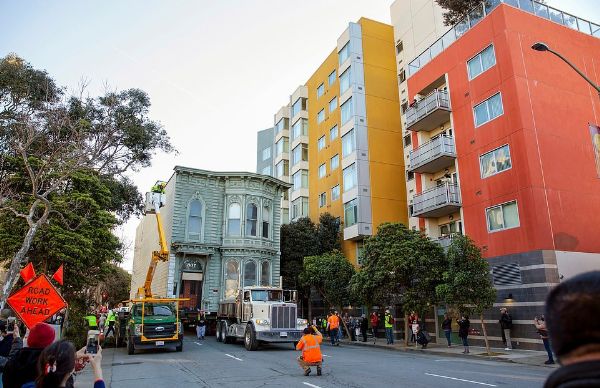 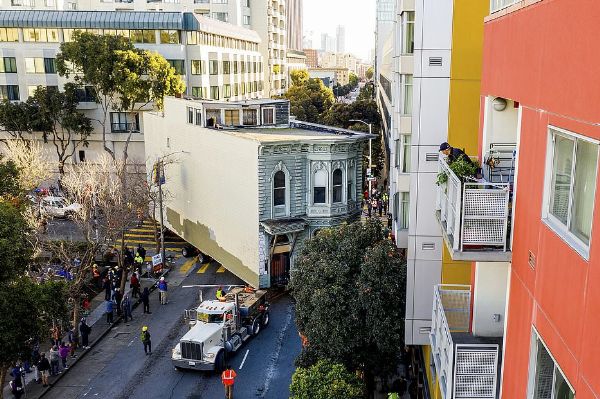 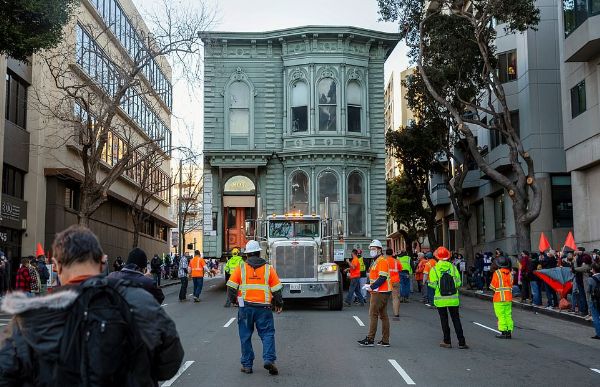 Footage and pictures shared online showed how the house loaded onto giant dollies and pulled by a truck made its astonishing journey to its new location at a top speed of one mile per hour.

The house finally arrived at the new location at about an hour later. To unload the house, workers working for veteran house mover, Phil Joy, used jacks to lower it into place before removing the steel reinforcements so it could rest on the new foundation.

FRSC To Clampdown And Prosecute Owners Of Unsound Vehicles