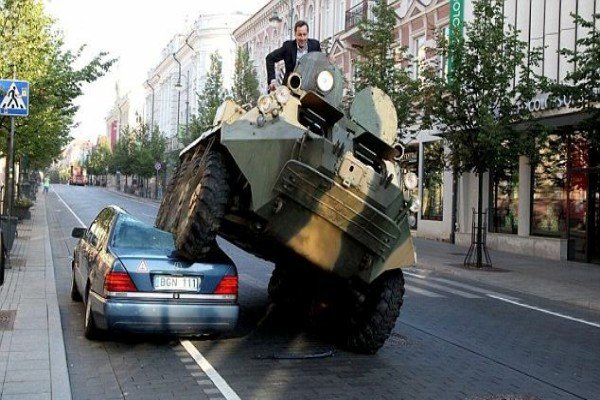 This stunt was filmed back in 2011 to warn owners of luxury cars to desist from parking on bicycle lanes or have their cars crushed with a Russian 8-wheeled BTR-60 vehicle.

During the time of the Mayor of Vilnius in office , which is equivalent to a local government chairman in Nigeria , he urged locals to take up cycling by introducing various bicycle schemes and cycle lanes in his time in office.

The young mayor who loves cycling said:
“That’s what will happen if you park your car illegally”

“What should the city do about drivers who seem to think they’re above the law?

“It seems that a tank is the best solution.”

He further said:
“I wanted to send a clear message that people with big and expensive cars can’t park wherever they feel like and ignore the rights of pedestrians and bike riders.

“It shows a lack of respect and won’t be tolerated. Of course, you have to have a sense of humour in my line of work and I thought this would be a way of drawing attention to the fact that the city intends to be proactive in its fight against illegal parking” 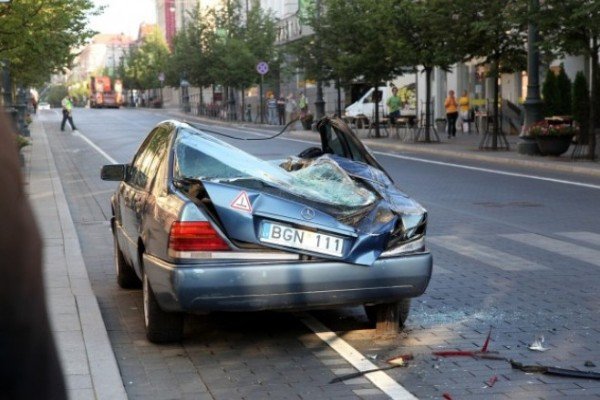 The crushed Mercedes-Benz was actually brought in for the stunt and not for the Benz owner in the clip.