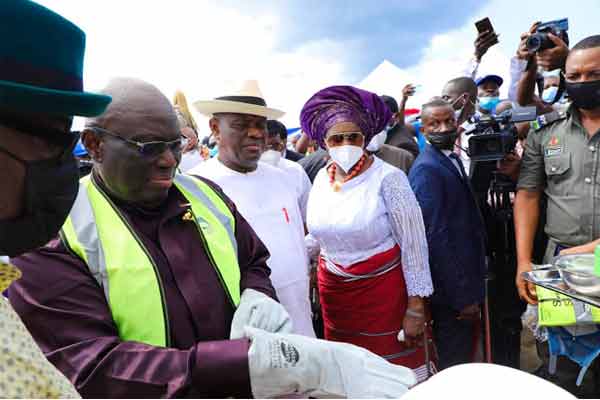 Rivers State Governor Nyesom Wike on Thursday flagged off the construction of the Trans- Kalabari road expected to connect several riverine Kalabari communities to Port Harcourt main town by road for the first time in over 150 years history of the communities.

Phase 1 of the project will kick off from Krakrama and by just one bridge connect over six major communities of Omekwe, Tariama-Angulama-Omekweama-Krakrama in Degema with spurs to Sangama and Minima.

The road which is described as a dream come true for the Kalabari people is expected to have a huge economic impact on the communities, specifically and the state in general through increased trade and tourism.

In his speech at the flag-off ceremony, Rivers State Governor, Nyesom Wike described the project as unique and historic, adding that it is in fulfilment of his campaign promise to the people.

“We all know the history of the Trans-Kalabari road. Politicians have played politics with it with several failed promises. But to the glory of God, nobody will play politics again with the project,” he declared.

He said that his administration takes great care in executing its several development projects to the completion stage without being indebted to any financial institution.

He said, “People are asking where am I getting the money from. People are saying I’m borrowing money. If I borrow money to develop my state is there any offence there? They that borrowed, did they do the road? If I’m borrowing and doing the work, have I not done well?

“But in any case, I am not borrowing money. It is a matter of how you manage the resources of the people.

“So, I’m not owing any bank. I challenge any bank to say Rivers State government is indebted to them. The only money we took for agriculture, which Central Bank gave us, N5 billion, as I speak to you, we have not touched one naira. The money is still in there.”

He stated that the government has adopted a payment strategy to ensure that the project was not saying that it signed an irrevocable standing order where every month the contractor collects from the bank N1 billion.

According to Governor Wike, “no longer will anybody come to hoodwink Kalabari people with the promise of constructing Trans-Kalabari Road in the name of politics, because phase one of the project will be completed in 2022. 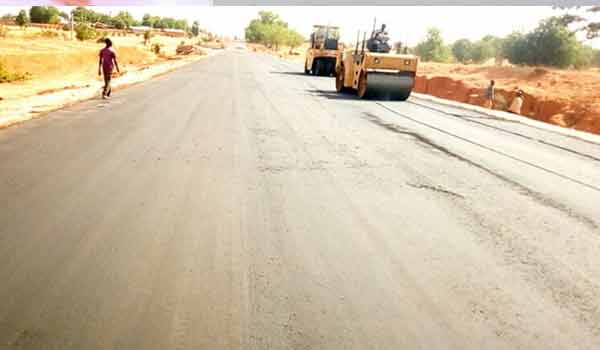 “We have not only awarded the contract, but we have also awarded it in such a way that they (contractor) have nothing to do with us about funding.

“We have signed an irrevocable standing order where every month the contractor collects from the bank N1 billion. So, as this month is ending,  that’ll be the third billion they’ve collected.

“I’ve told you here that we’ve instructed the banks, take N1 billion off from our IGR account every month and give it to the contractor to do the project. So, we are not borrowing money from any bank.”

Chairman of Greater Port Harcourt Development Authority,  Chief Ferdinand Anabraba, who performed the flag-off, said after a meeting with Governor Wike, leaders of Kalabari nationality met at home and decided the road mapping of phase one of the Trans-Kalabari Road project.

“We are here with our heads raised her high, gathered here for a moments event. This laudable project was conceived 15 years ago, and it remained a strong desire and aspiration. Luckily, you came in and our dreams have come true.

“Although this is just a flag-off, with your style of project execution, we can go home believing that it is as good as completed.”

Rivers State Commissioner of Works, Elloka Tasie-Amadi said the Trans-Kalabari Road Phase 1 is a 13.599 km road project and features one bridge and will connect several island communities to the mainland of the state via the existing Buguma/Degema/Abonemma Road.

“It will provide an economically viable alternative to marine transportation and further stimulate other developments in and around the area by easing the movement of goods, services and persons,” he said.