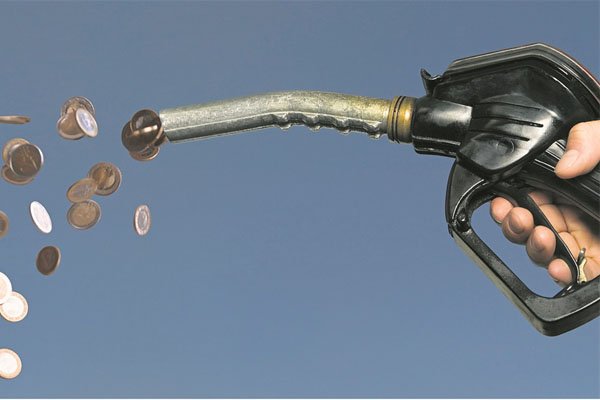 Nigeria is in an economic recession and although the price of crude has fallen globally the impact isn’t being felt in Nigeria because of the past administrations decision to remove fuel subsidy and allow the price of PMS, AGO and DPK float with the international market. Even with the price templates forced on marketers by the current administration – prices flicker on an almost daily basis and remain generally high. Now is the time to really ensure that you’re doing everything you possibly can to ensure the litres of fuel you purchased with your hard-earned money is used as efficiently as possible and doesn’t go to waste. That’s why we came up with this list of 12 awesome hacks to help you save fuel.

Kilometrage… is that even a word? And this isn’t really a hack, but if you haven’t already gotten into the habit of tracking how much fuel your car uses up versus the distance you drive per day then this is a good time to start doing so. Knowing what your fuel consumption looks like is important because it can allow you plan your journey (estimate fuel consumption based on distance), determine whether changes in your driving style affects your fuel consumption, know how much money you’ll have to spend per week on fuel, and more importantly if the kilometrage starts to deviate – it can be a good indication that something is wrong with your vehicle and that it’s time to book an appointment with your mechanic!

Looking after your car will not only help improve fuel economy, it is also important for the safety and longevity of your vehicle. So always schedule appointments with your mechanic at the recommended intervals.

– Get your wheel balancing and alignment done

– Ensure your Tires are correctly gauged, and if you own an SUV consider switching to tires with a more fuel-efficient highway tread

Accelerating too quickly puts unnecessary strain on your engine, on the flip-side accelerating too slowly can also limit fuel economy because it keeps you in the lower gears for too long – where fuel economy is poor. As a rough idea you want to take 15-20 seconds to get to 80 km/h which is a more economic speed. Once you reach this speed try and maintain it and avoid braking which will take you back to the less economic lower gears.

Try and anticipate road conditions to minimize your brake use. Stay alert, observe traffic lights, watch for cars ahead of you, etc. Aggressive driving can reduce your fuel kilometerage, while smooth driving will not only help your fuel economy, it is also safer, more relaxed and better for you and your car. Work with gravity, rather than against it, let your car go slightly slower up a hill, then coasting down the other side in gear will maximize economy by trading some kinetic energy for the stored energy of being higher. This tactic should only be employed when it is safe to do so.

This hack is for those lucky enough to have multiple rides parked in their garage, or for those that are just about to purchase a car. In this part of the world most people favour SUVs (if you can afford one) because of their large interior space, performance traversing bad roads, and off course – the “Big Boy” image that accompanies it. But why take your gas-guzzling SUV to work on a daily basis when you can take a smaller, more efficient fuel-sipper and save yourself some money in the long-run?

And if you’ve got work colleagues that live in the same area as you do then why not go a step further and Carpool instead? At least carpooling in your SUV will be a more efficient use of the space rather than just your driver sitting in front and you at the back.

Do you have weekend errands to do? Plan to drive all the way to Victoria Island just to drop off a package? Why not just plan to do everything at once during the week while you’re on the Island for work rather than leaving your house in Ajah or wherever you live and driving long distances. You will greatly reduce your distance traveled and fuel usage.

When you have multiple places to go to, plan your route to find the most efficient path to take to each destination. Not street-wise? Then Google Maps is your friend if you no sabi road. It will save you doubling-back on your journey.

Try to avoid being stuck in traffic! Easier said than done in Lagos right? But it’s still possible. Plan ahead, Leave a bit earlier, or a bit later if you can afford to. Plan your routes so you drive against the traffic as much as possible. Check @TrafficChiefNg for reports or our Traffic Map.

To save your fuel you need to avoid being idle as much as possible. Modern cars don’t really need much time to warm up in the morning, it just wastes fuel. If you are waiting for someone, or stationary in traffic, for more than 30 seconds you are better turning the engine off, assuming it is safe to do so.

No we’re not referring to you, we mean your car! 🙂 Having unnecessary weight in your car wastes fuel, particularly during acceleration from low gears (burns up a lot more fuel to get the car from stationery to moving). If there is heavy stuff in your boot you don’t need, ditch it. In fact the push to make cars lighter is playing a leading role in improving fuel economy in new cars, that’s why car manufacturers adopt lighter materials for car parts.

Once you get to about 50 km/h a car uses more energy to overcome wind resistance than it does fighting rolling resistance so you want your car to be as aerodynamic as possible for highway driving. Having your sun roof open or windows down can increase drag a little at higher speeds so if you find yourself speeding down 3rd mainland bridge (rare I know), try to wind up the windows and use your AC instead.

For those driving manual cars, over-revving your car is an easy way to waste fuel. Unless you’re a stunt car driver in the next Fast & Furious movie, as a general rule you want to change up a gear before reaching 2,500 revs. In a diesel car this figure is closer to 2,000 revs. Although the optimum revs for fuel economy can be even lower in certain cars. It is often quite surprising just how early you should be changing up to maximize gas mileage. Your car’s manual sometimes gives guidance for this.

Fuel economy normally peaks at a speed of 64-89 km/h while using your cars top gear. It can vary significantly between cars based on the gearing, engine, weight and drag, but after 60 mph it generally declines quite significantly.

If you are a bit of a lead foot on the highway, slowing down will improve your fuel economy considerably. Obviously you can only go as slow as is safe (moving too slowly on an expressway could cause an accident), but cutting just a few km/h from your speed can pay large dividends and will probably make your driving smoother too.

Ok not entirely, just try to avoid setting the fan to high when your stationary or moving very slowly like in traffic. Although electric gadgets do use energy in your car, it tends to be a negligible load for the motor. The only thing really worth considering for fuel economy is air conditioning, which at low speeds can reduce fuel economy by more than 10% on a high setting. But given the scorching temperatures experienced in Nigeria we’re confident most people won’t care and will just ignore this hack.

You’re laughing abi? Is that even possible in Nigeria? Dirt or gravel can rob you of up to 30 per cent of your fuel kilometerage. Every time the wheels bounce up and down, forward motion energy is removed from the vehicle. Also Bad roads keep you in those low gears with poor fuel economy. Where possible follow the path with the smoothest surface and accelerate to a reasonably fast speed.

Well, those are the hacks. Do you already use one or more of the hacks? Has it been saving you fuel? Got more hacks we can add to the list? Try them out and let us know your results in the comments section. 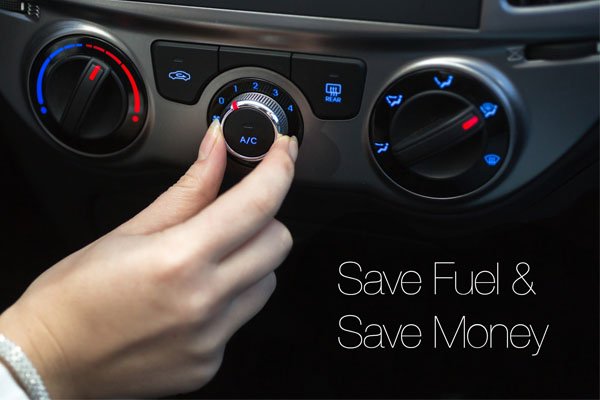 Rolls-Royce: See How Its Production Could Be Adversely Affected By Brexit