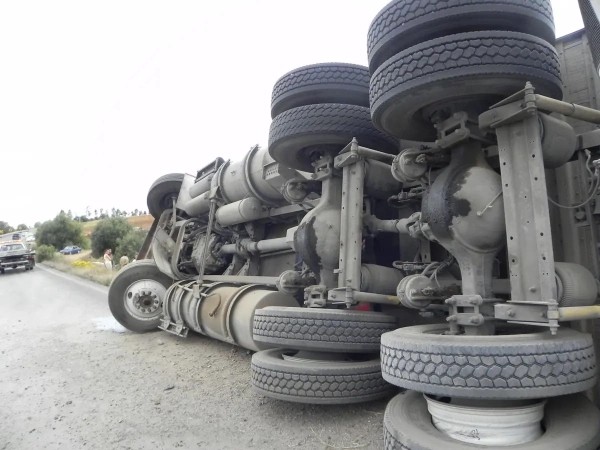 13 lives lost and several others injured in a rollover truck accident that occurred along Kaita-Dankama Road in Katsina State.

The speeding truck was conveying people and animals when it suddenly fell on its side.

13 people have reportedly lost their lives and several others injured in a rollover truck accident that occurred along Kaita-Dankama road in Katsina State.

According to witnesses, the speeding truck was conveying people and animals when it suddenly fell on its side. About 70 animals were reportedly killed during the accident.

Reports had it that the remains of the 13 deceased persons were taken to the Katsina General Hospital. This is where their relatives retrieved them for burial, except six who were from Niger Republic.

The vice chairman of the Association of Nigeriens in Nigeria, Katsina Chapter, who participated in the funeral prayers, expressed shock over the fatal incident. He also thanked Katsina state government for shouldering the burial rites and medication for the injured.

Rising to the unfortunate occasion, Katsina State Government sent a delegation to attend the funeral prayers of the six Nigeriens who were buried at Dan Takum Graveyard in Katsina metropolis, after the funeral rites at the hospital led by Imam Yahaya Haruna.