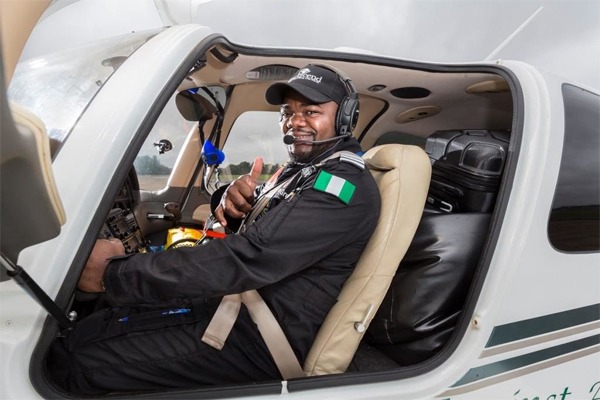 In 2017, he became the first African pilot in history to fly solo around the world. Odujinrin works for Air Djibout.

Lola completed his “One Man, One Plane” expedition on March 29, 2017. He landed at Washington Dulles International Airport, the same airport he departed from in June 2016.

In completing his journey, he became the first African and the ninth British pilot to fly around the world solo. 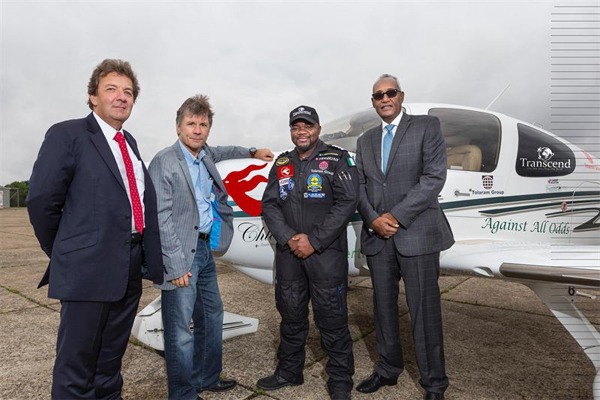 With this historic flight, Lola has completed the entire circumnavigation in a Cirrus SR22, in a journey which saw him stopping over in more than 15 countries on five continents.

Odujinrin, who has logged 4 000 hours as a commercial Boeing 737 pilot since his pilot licence six years ago said: “Ever since I was a child, I dreamed of one day flying around the world. We have a responsibility to lead by example and follow our dreams. I want African children to think: ‘I can do this too!’. 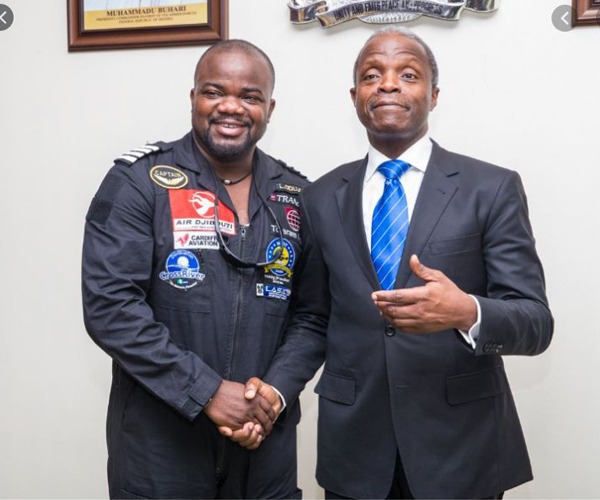 Lola is one of only 117 people in the world to have achieved this. Interestingly, more people have currently flown into space than have flown around the world solo

The expedition saw Lola fly from Washington to Canada, via John F. Kennedy International Airport, then to Iceland, Scotland, England, Valencia, Malta, Egypt, Djibouti, Oman, Pakistan, Bangladesh and Thailand. From Thailand, it took him 4 weeks to arrive in Darwin, Australia. He did not make a stop in Africa, reportedly due to a lack of corporate sponsorship in Nigeria.

The largest height in which a light single aircraft has flown is 56,000 feet and Lola is currently planning to break this record and reach 60,000 feet.

The flight was completed in a specially configured light single aircraft, Cirrus SR22, which could fly for around four hours before needing to refuel. The aircraft weighed around half the size of an average family car. 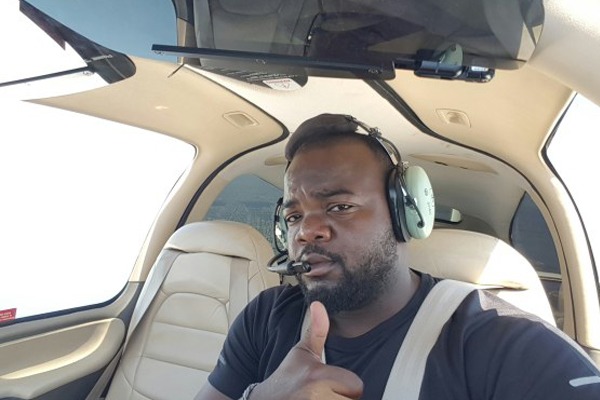 Lola faced several problems both before and during his trip

On his first flight he had to start a Go Fund Me page in order to pay for petrol. He also took three long stops throughout the expedition to earn money to be able to continue.

Lola met fellow pilot Bruce Dickinson during his journey, who helped to fund the rest of his journey

Lola was 38 years old when he began his journey which he had been planning since 2014. He flew for nine months, stopping in more than 15 countries on five continents.