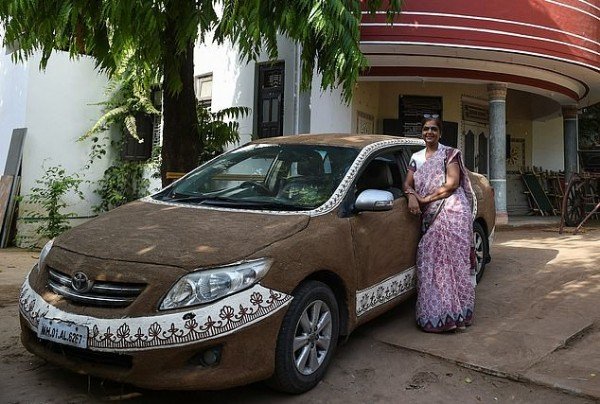 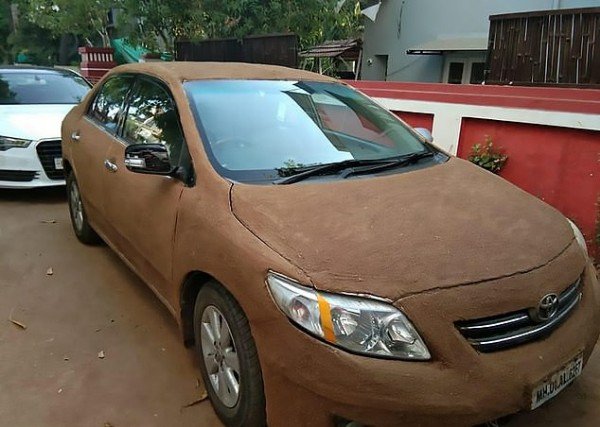 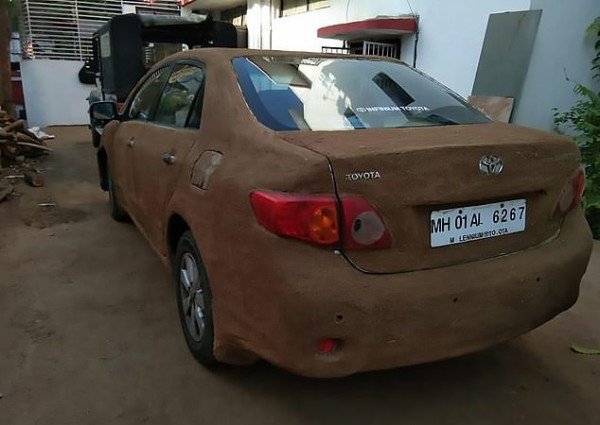 An Indian woman in Ahmedabad, Gujarat, has come up with a brilliant idea to keep her car and herself cool while driving in scorching weather by plastering her Toyota Corolla with cow dung.

Temperatures throughout the state of Gujarat regularly rise to over 42 degrees Celsius (107 Fahrenheit) and keeping your engine cool is definitely a problem.

She explained that the heat was too unbearable for her to drive with windows down, and the application of the cow waste mixed with mud solved the problem.

She said:
“It not only keeps my car cool but also helps in preventing pollution. The harmful gases that are released while we use car A.C increase the temperatures and contribute to global warming. I drive my car switching off the A.C as the cow-dung keeps it cool”. 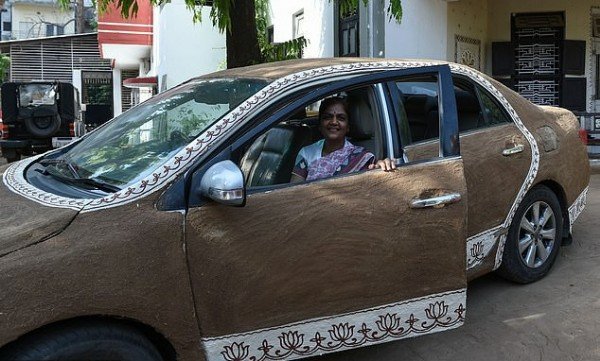 She went further to upgrade her design by painting various ornamental designs on the Corolla to make it look cool.

Pictures of the newly brown-coloured Corolla were taken in the city of Ahmedabad in western India and have spread on social media.

Cow dung,a natural insulator, is widely used throughout rural India to keep houses and huts cool during the summer months and other hot spells. Hundreds of people die every year from the heat in India, with May and June usually the hottest months.

Would You Have Your Car Plastered In Cow Poo Just To Cool It Down?

Related Topics:Cow-DungGujaratindiaIndian-WomantemperatureToyota Corolla
Up Next

Finally, Parked Trucks Are Getting Off Roads And Bridges In Lagos (PHOTOS)