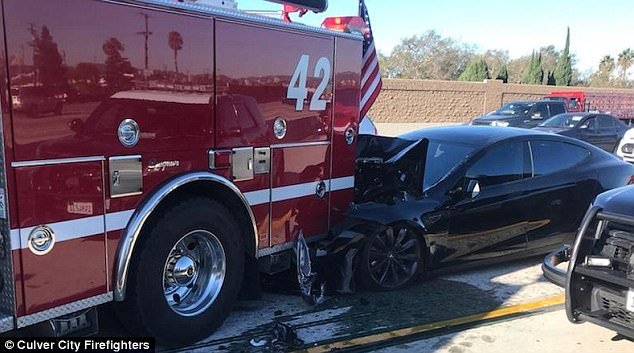 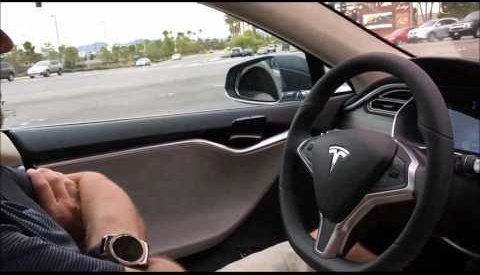 A Tesla Model S crashed into a fire truck at a reported speed of 65 mph while the vehicle was on Autopilot driver-assist system.

No one was injured in the crash, but caused some damage to the rear left section of the fire truck and heavy frontal damage to the Model S ,but didn’t reach the cabin.

Tesla spokesperson said Autopilot is intended for use only with a fully attentive driver,when asked to confirm the driver’s assertion that he was using Autopilot when his vehicle smashed into the back of a fire engine at 65 mph.

The Model S is known to be amongst the safest cars when it comes to front-end collision due to its large crumple zone. The lack of engine at the front serves to absorb the energy in the instance of a crash instead of pushing on the cabin, injuring the driver and passengers.

This is not the first time a Tesla on autopilot has been involved in an accident. In 2016, a Model S drove under the trailer of a semitruck at a high speed,ripping the roof off the car and killing the driver.

The question is : How is it possible that one of the most advanced driving systems on the planet doesn’t see a parked fire truck ahead?