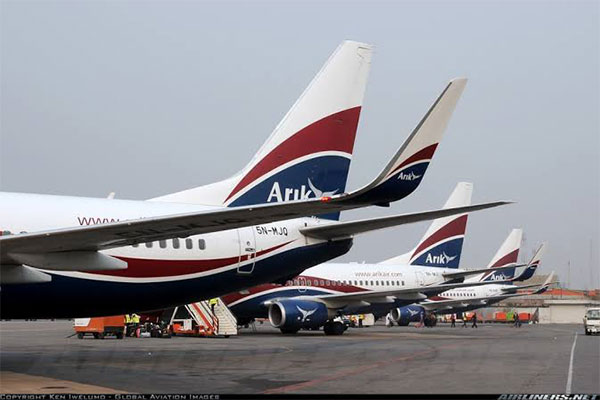 Indigenous debt-ridden airline, Arik Air, has refused to speak on the move by the Asset Management Corporation of Nigeria to use its aviation assets especially planes to launch a multibillion naira international airline.

It was reported that the new international airline planned by AMCON is to be named Nigeria Eagle. The airline may take to the sky with at least 10 planes as early as June, according to insiders. International Airline

It was also learnt that AMCON, a Federal Government-owned bad debt manager which owns controlling stakes in both Arik and Aero Contractors, chose to establish the new airline as a clever means of wriggling out of the multibillion naira liabilities currently hanging on the two carriers. International Airline

The debts are believed to be hindering new buyers from showing interest in the two carriers which AMCON has been willing to sell to new investors.

Arik Air is said to owe up to N300bn in debt, one which experts have said it is impossible to defray quickly even if the airline pays N10bn yearly.

AMCON was established by the Federal Government in 2010 to buy over bad debts from commercial banks in order to save the banking system from imminent collapse. This followed the 2009 financial industry crisis in the country. International Airline

Arik Air’s Public Relations and Communications Manager, Banji Ola, however, refused to speak on the matter. However, he directed our correspondent to speak with AMCON.

When asked on Sunday whether the airline was aware of the development, the spokesman said, “Ask AMCON. AMCON is the one floating the carrier. Once you get its reaction, you don’t need to get anything from me.”

Meanwhile, AMCON is expected to make an official statement on the deal very soon.

But experts have opined that the new airline would be greeted with lots of litigations. This is as the original owners of the fleets would kick against the development. International Airline

Arik Air was founded in 2002 by its Chairman, Joseph Arumemi-Ikhide. It grew its fleet size to over 22 planes and was travelling to over 16 destinations. This was before it was taken over by AMCON in February 2017. The airline has also sacked hundreds of workers in the last few months. 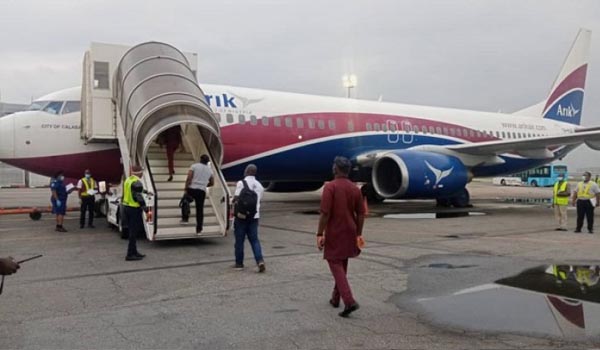 Joe Biden Sworn In As 46th US President, Gets Keys To $1.5m Armoured Limousine AKA “The Beast”