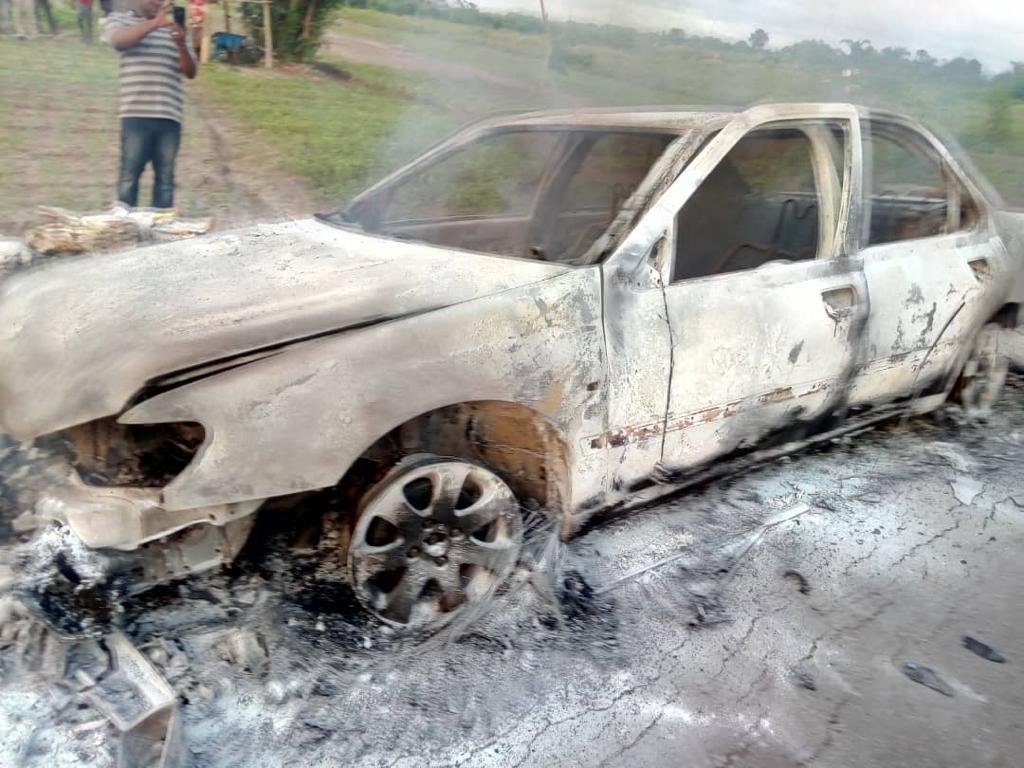 A man was found burnt beyond recognition in his car at the Ojo Military Cantonment, Ojo, Lagos.

The discovery was made yesterday, Tuesday, around 6 am, near a bus stop at a lonely part of the cantonment.

According to report, residents of the expansive military settlement woke up to the horrific scene.

The cause of the fire is yet to be determined.

The charred remains of the man was later removed from the car by a team from the Medical center at the cantonment.

The victim is believed to be a Major in the army. 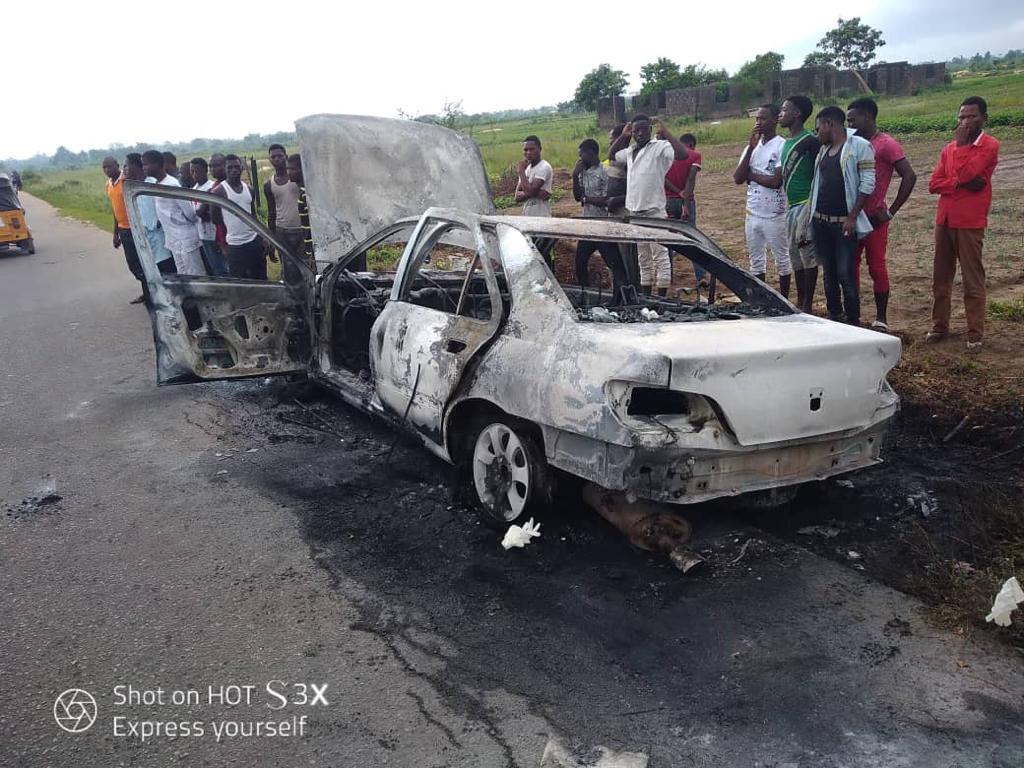 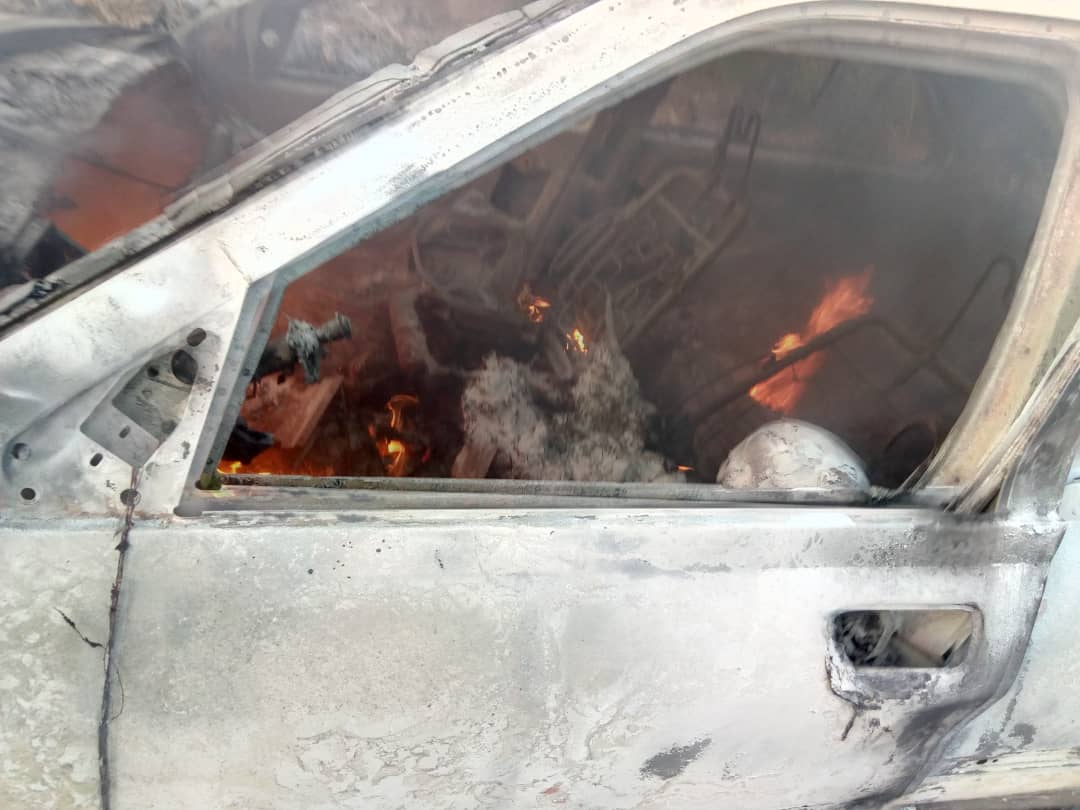 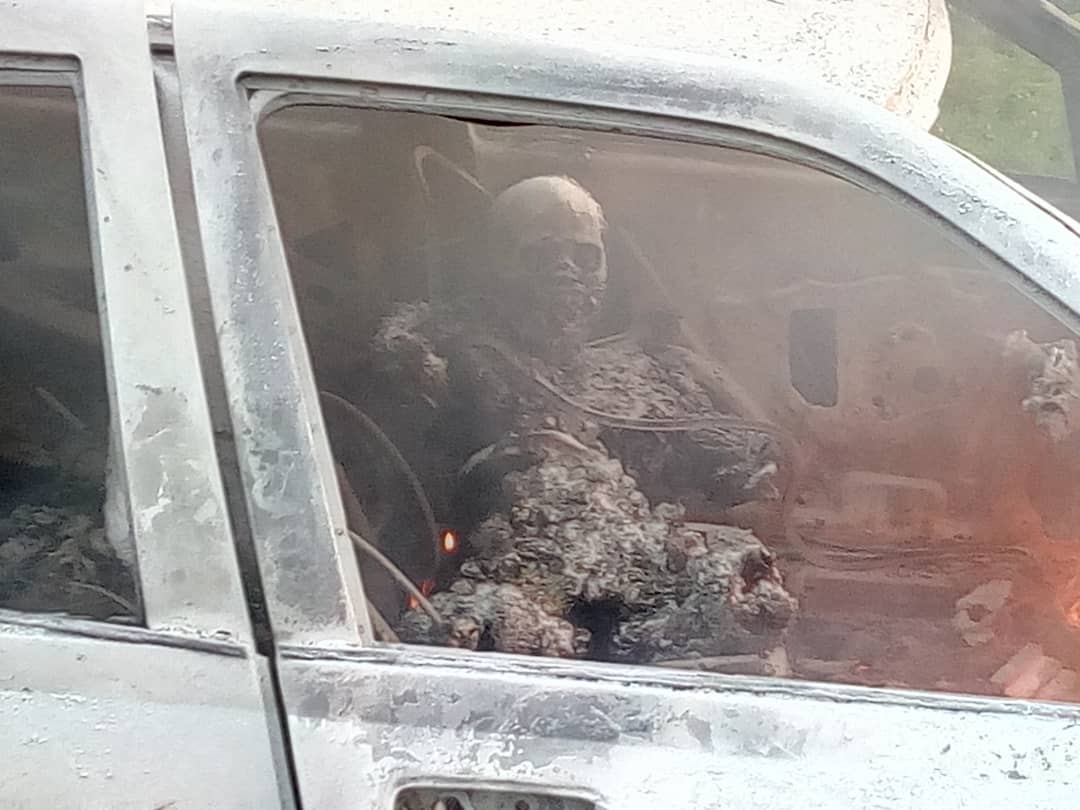 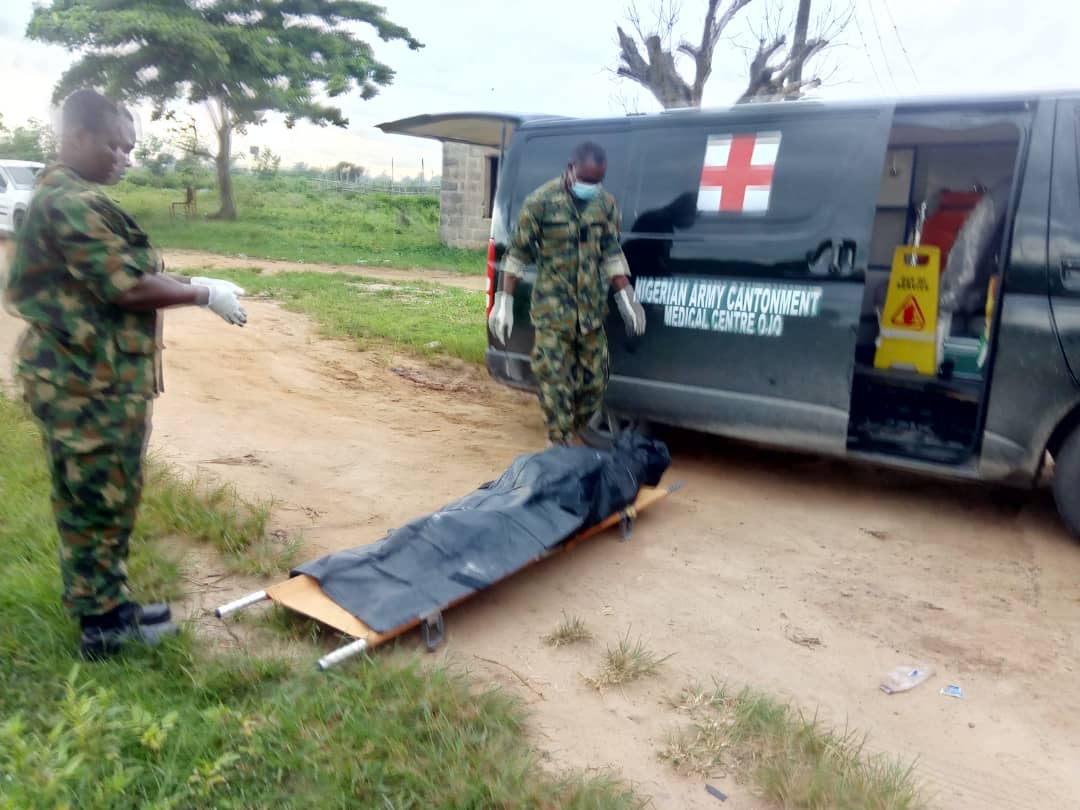 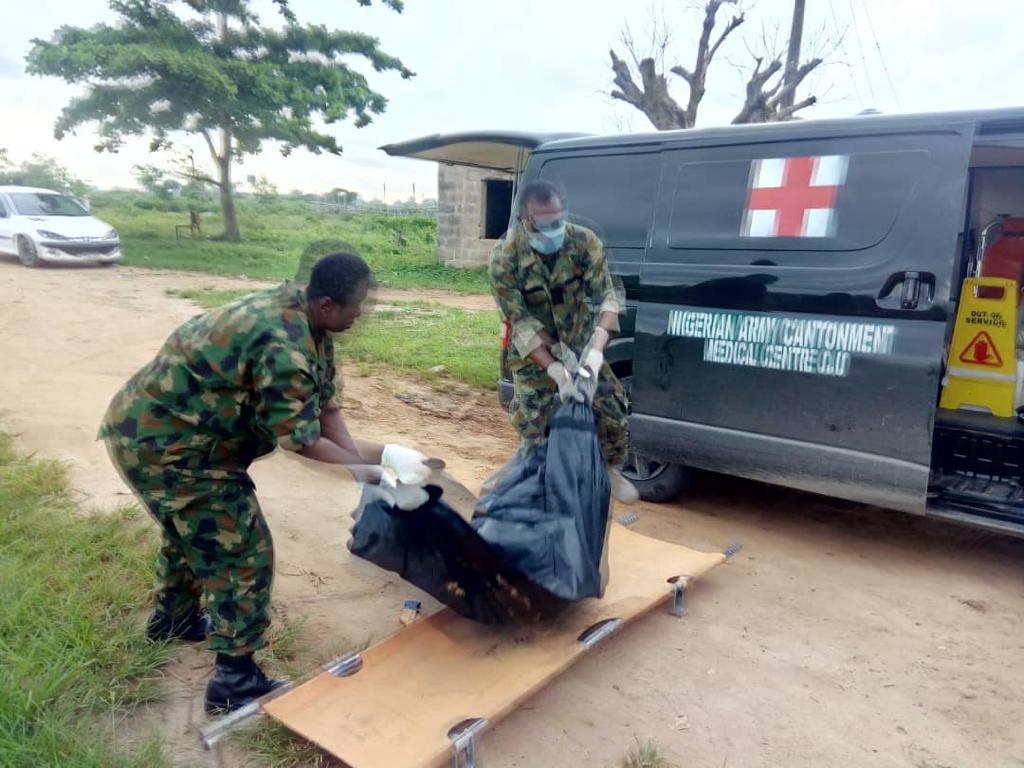