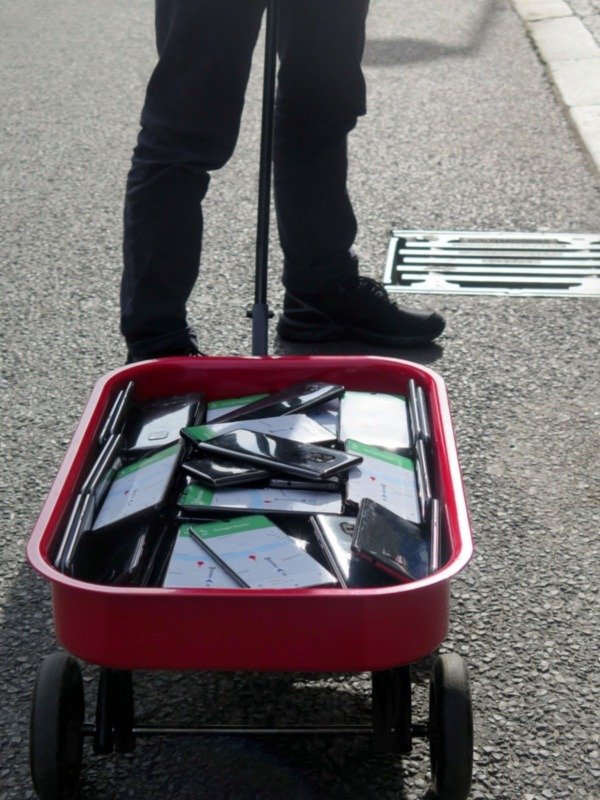 Artist uses 99 phones to trick Google Maps into thinking there is traffic jam. His work created a “Fake Traffic Jam”, forcing Google Maps to divert traffic. The phones were borrowed from friends and rented from smartphone companies. 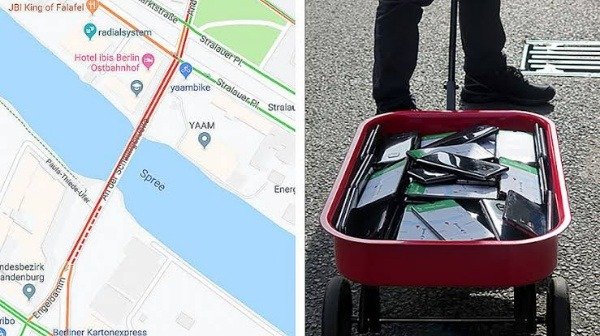 A Berlin-based artist Simon Weckert managed to create a “Fake Traffic Jam” on one of Berlin main bridges using 99 phones to trick Google Maps into thinking the phones were sitting in slow-moving traffic.

This resulted in Google Maps, which is an excellent navigation and traffic tool; into giving out traffic jam alerts for the streets he was walking along.

Weckert said his work caused “an impact in the physical world” by rerouting cars who wanted to avoid being stuck in traffic.

Weckert’s “Google Maps Hacks” involved the artist pulling the 99 phones on a small red cart at walking pace down some of the main streets in Berlin. 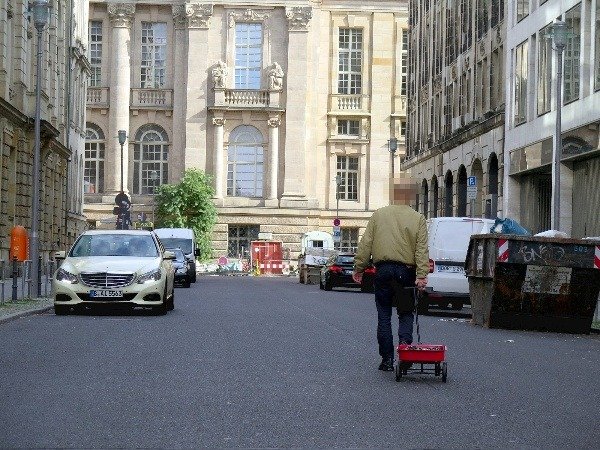 The 99 phones, all reporting their locations and movement back to Google’s servers, gave the search company the impression of a huge slow-moving traffic.

“Through this activity, it is possible to turn a green street red; which has an impact in the physical world by navigating cars on another route to avoid being stuck in traffic,” 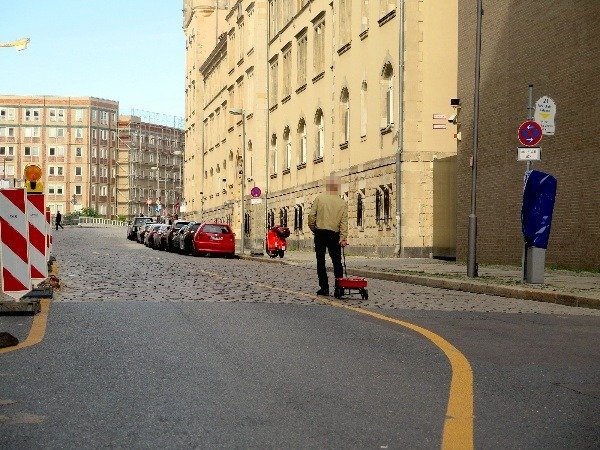 In his statement, Weckert cited a journal article by the German anthropologist Moritz Ahlert:

“Google’s map service has fundamentally changed our understanding of what a map is, how we interact with maps; their technological limitations, and how they look aesthetically.

“What is the relationship between the art of enabling and techniques of supervision, control and regulation in Google’s maps?

Do these maps function as dispositive nets that determine the behaviour, opinions and images of living beings, exercising power and controlling knowledge?

Maps, which themselves are the product of a combination of states of knowledge and states of power, have an inscribed power dispositive.”

Weckert added that his work highlights the “blindness” that arises when people think of data as “objective, unambiguous and interpretation free.”

A spokesperson for Google said in a statement:

“Whether via car or cart or camel, we love seeing creative uses of Google Maps as it helps us make maps work better over time.”

Weckert is not the only person to have toyed with Google’s data collection methods.

In 2015, Google suspended its public Map Maker tool after pranksters created fake landmarks. This includes a park in Pakistan shaped like an Android robot peeing on an Apple logo.