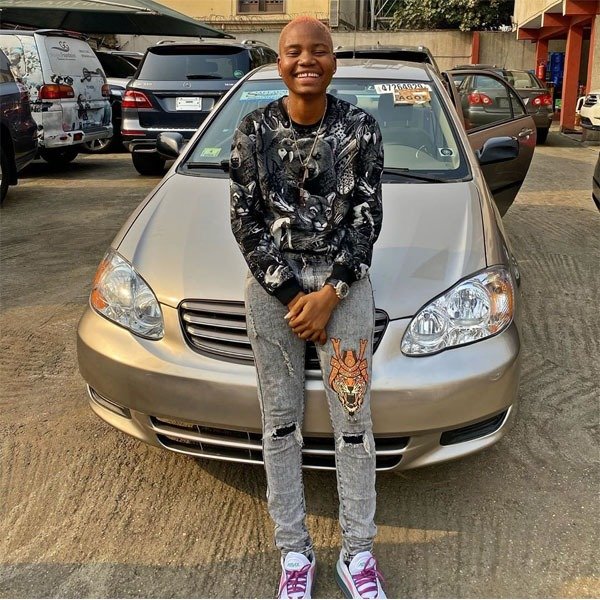 A few days ago,  a video of a protesting female commercial bike rider   – Sandra Egbuna – went viral.  She was protesting the inclusion of the Gokada in the Okada ban in Lagos.

In the video, she made a passionate plea to the authorities. She pleaded that they reconsider their decision to include the bike hailing platform in the ban.

In a new viral video, the female biker was captured being presented with a surprise gift: a new car!

Adepeju Olukokun, a philanthropist and founder of Kokun Foundation, presented the gift to the protesting female rider.

Just a week ago, on the 27th of January, the Babajide Sanwo-Olu-led Lagos state government announced a ban on Okada and Keke NAPEP in the state. The ban affected all forms of motorcycles and tricycles in major parts of Lagos. All motorcycle-hailing startups such as Gokada and MAX Okada, etc were not exempted from the ban. The full enforcement of the restriction on Keke and Okada in Lagos commenced last Saturday.