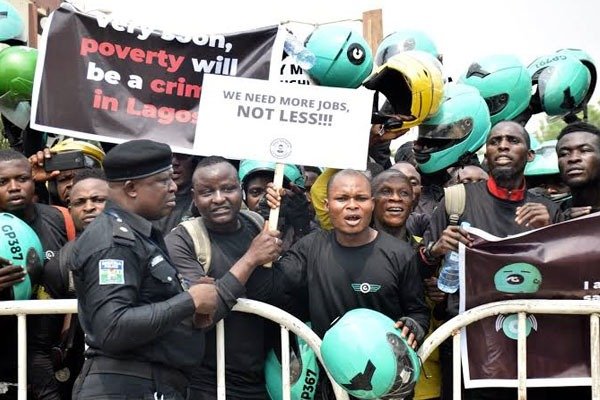 Earlier today, some commercial motorcycle operators took to the street to stage a peaceful protest. The protest was on account of the plan of the government to restrict their movement in some Local Government Areas, bridges, and highways in the state.

The protesters were mostly Gokada and Max.ng riders.

The protesting commercial bikers marched from Oregun road to the government secretariat in Ikeja.

Bearing various placards, the protesters appealed to the state government to regulate their services and not restrict them from operating.

They lamented that the business is their only means of survival.

Recall that Gbenga Omotoso, the Commissioner for Information and Strategy, announced earlier this week that the government would enforce the ban on motorcycles and tricycles in six local government areas, as well as major highways and bridges.

The full enforcement of the restriction commences from February 1.

The Commissioner explained that the decision was taken after a robust assessment of the debate on the rate of accidents in Lagos, saying security and safety of the lives of the residents were paramount.

He also warned that all offenders and violators would be dealt with in accordance with the laws of the state.

See photos of the protesters below… 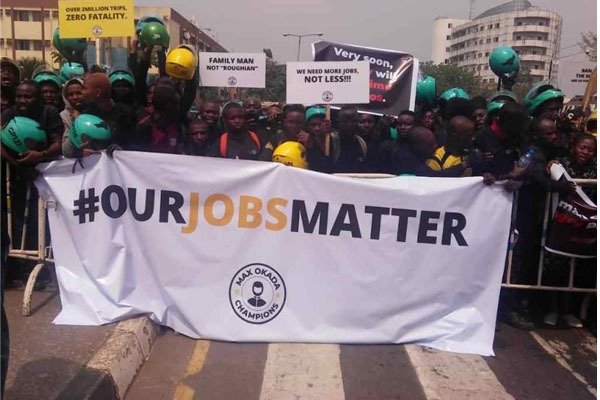 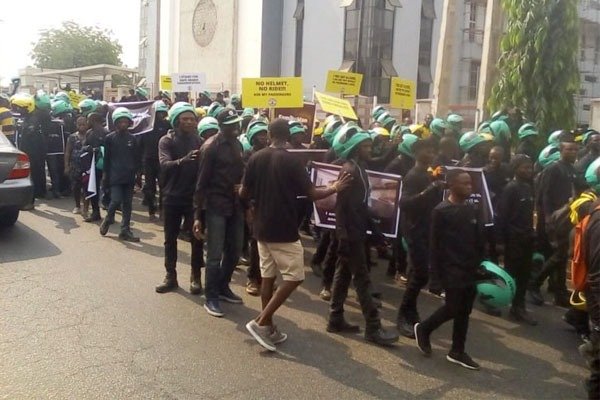 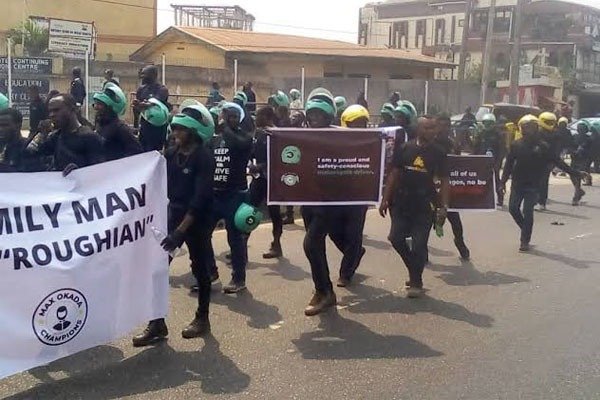 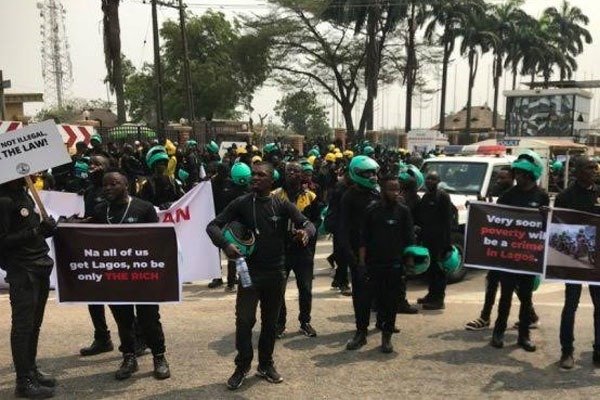 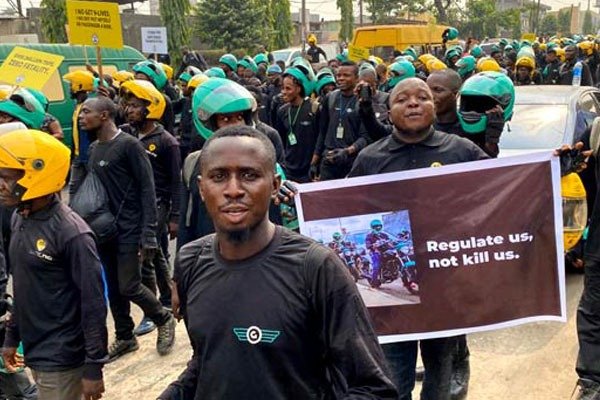 Kogi State Number Plate Codes And What They Mean