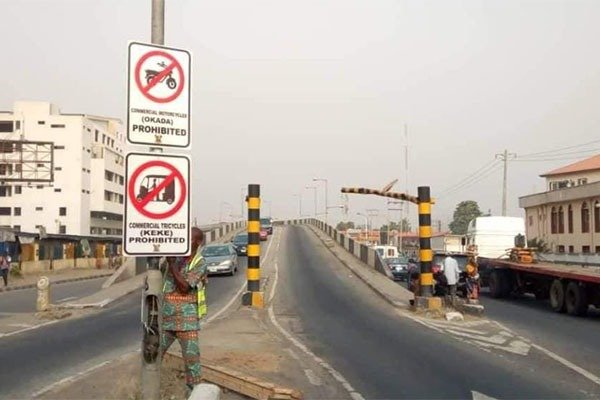 The Lagos State Government has denounced a purported list of restricted routes for okada and tricycle operators in the state.

A statement issued by the Commissioner for Information and Strategy, Gbenga Omotoso, said no such action has been taken. He added that the list was false and unofficial and should be disregarded.

According to the government, a definite position on the issue will soon be made public through the official media channels.

The Commissioner for Information and Strategy had on January 13 told State House Correspondents after the Security Council Meeting in Ikeja that the delay was informed by need for the Babajide Sanwo-Olu’s administration to achieve a generally accepted solution to what had been termed the “Okada menace”.

“We have just concluded our routine security meeting, during which the issue of Okada and tricycles was discussed exhaustively.

“For now, no major decision has been taken on the matter. There are several factors for this development, but the main reason was to reckon with various opinions expressed by stakeholders.”

“So, many people have made representations to the government concerning commercial motorcycles and tricycles, including human rights groups, unionists and traders.”

“They came up with many reasonable observations; all their views have been collated and are being considered.”

“We feel it will not be good enough for the government to take a final decision on the matter without considering the opinions of the stakeholders. That would be against the spirit of democracy for which the Sanwo-Olu administration stands”

The commissioner, however, stressed that the government planned to step up the enforcement of the Lagos State Traffic Law.

He added that government would also intensify its sensitisation of okada and tricycle riders on the need to obey the law.

17 Facts You Need To Know About The CORONAVIRUS