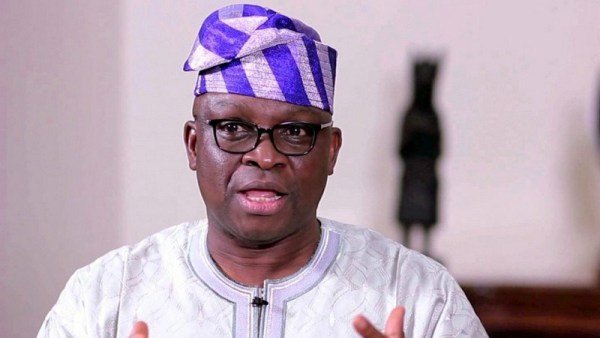 The attention of the public have been drawn to a news alleging that the former governor of Ekiti state got involved in an auto accident on the Third Mainland Bridge, Lagos.

The spokesman of Ayodele Fayose, Mr Lere olayinka, tweeted about the accident using his official twitter handle @OlayinkaLere. According to him, Fayose has been hospitalised and is responding well to treatment.

Immediate past Governor of Ekiti State, Mr Ayodele Fayose was involved in auto accident on 3rd Mainland Bridge in Lagos few minutes ago. He is in stable condition as I write while he is receiving medical attention.

You may also like: Ambode Abandons Lagos, Refuse Piles Up (Photos)