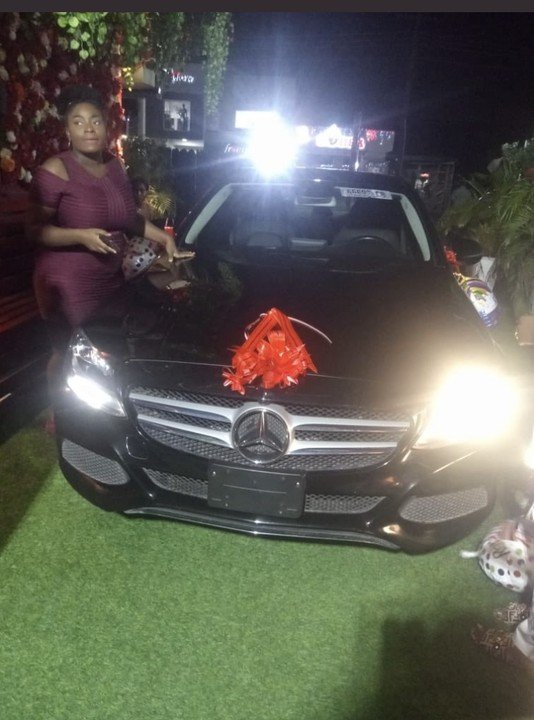 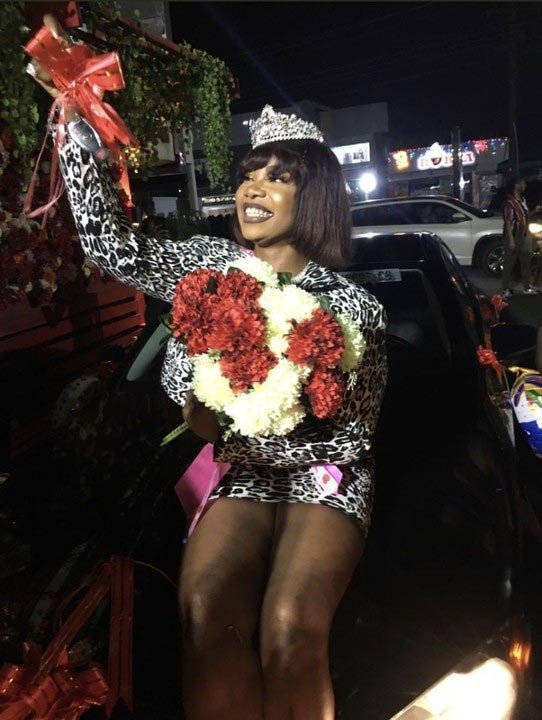 Arguably, Tacha Akide has the strongest fan-base among all the former housemates of the BBNaija (Pepper Dem Gang). This became more evident when she was recently gifted a Mercedes Benz from her fans.

According to reports, the former BBN housemate, Tacha, turned 24 on the 23 of December.  Her fans used the opportunity to present her a car as a birthday gift. Her fans are popularly known as the “Titans”.

The self-acclaimed “Port-Harcourt first daughter” received the gift from her fans on the eve of her birthday. According to a trending video, her fans were excited to hand over the key to her.

Tacha celebrated her birthday dinner party that had in attendance personalities such as Bobrisky, Sir Dee, Craze Clown, among other top celebrities.

Below is the viral photos of Tacha’s car 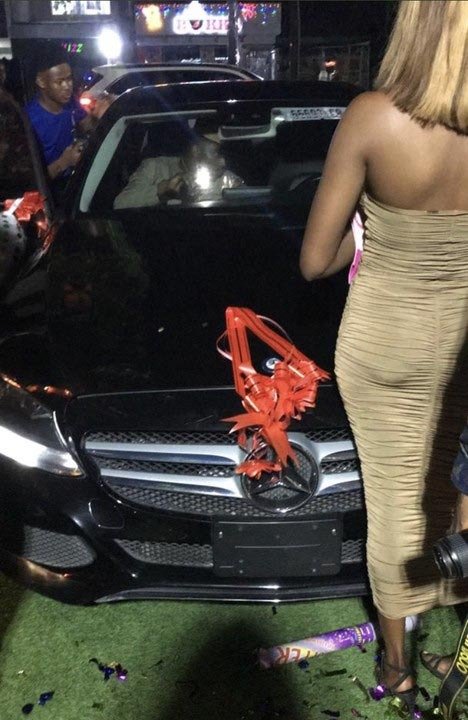 Tacha is a graduate of English Language at the Ignatius Ajuru University of Education in Port Harcourt, River State.

She got disqualified from BBNaija season 4. Until her disqualification, Tacha was the most controversial housemates in the 2019 season of Big Brother Naija.