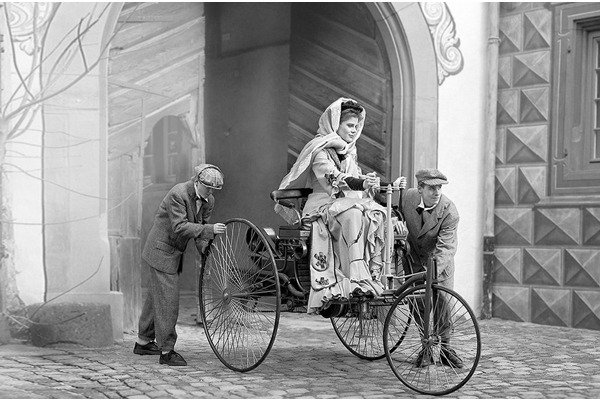 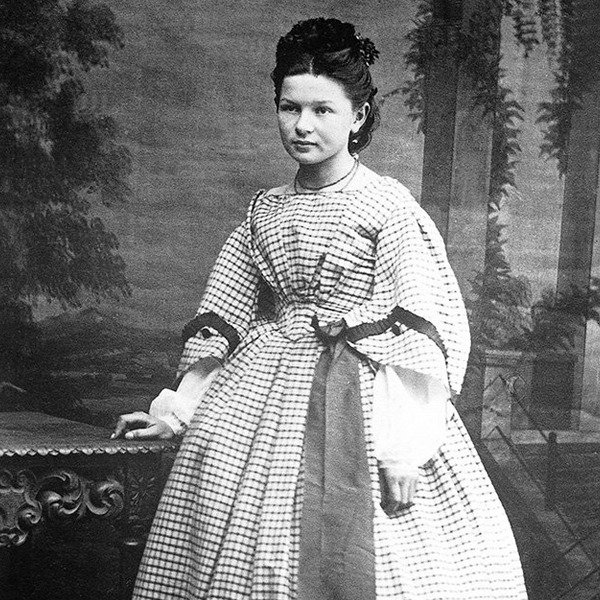 Bertha was the wife of automobile inventor, Karl Benz. She was also his business partner.

On July 3, 1886, her husband, Karl Benz, made history by becoming the first person to drive a car. Although, his automobile trips were only a few miles long and were merely trials with mechanical assistants.

On 5 August 1888, without her husband’s knowledge, she drove her sons Richard and Eugen in one of Benz’s newly-constructed ‘Patent Motorwagen’ automobiles. She drove it for about 65 miles from Mannheim to Pforzheim.

With that feat, she became the first person to drive an automobile over more than a very short distance. 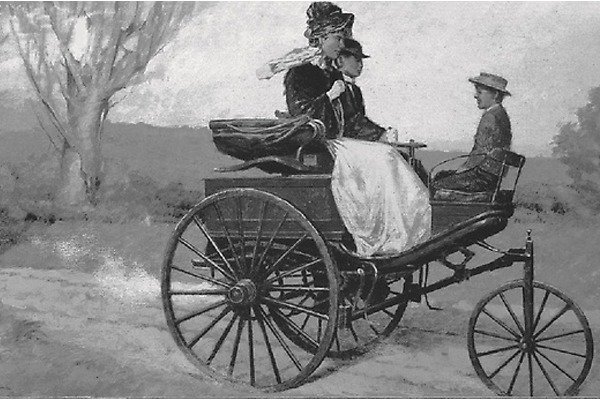 However, the historic trip by Bertha Benz involved the rigorous field testing of the patent Motorwagen, inventing brake pads and solving several practical issues during the 65 miles (105 km) trip.

In doing so, she brought the Benz Patent-Motorwagen worldwide attention and got the company its first sales.

In 1886, Benz presented the Patent-Motorwagen automobile to the world. Within the decade, 25 vehicles had been built. With cutting-edge bicycle constructions, the Model I was the original Patent Motor Car and the world’s first automobile.

The Model II was converted to a four-wheeler for test purposes, making it the only one of this model.

The first Patent Motor Car sold in small production runs was the Model III. It had powered rear wheels with a ringed steel and solid rubber, steerable front wheel. Various options from which to choose were provided for customers, such as seat arrangements and a folding top. 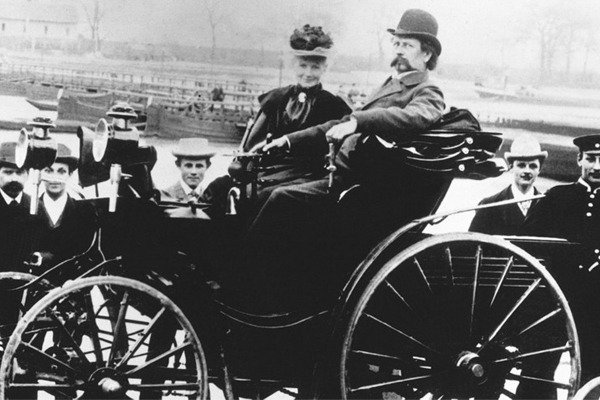