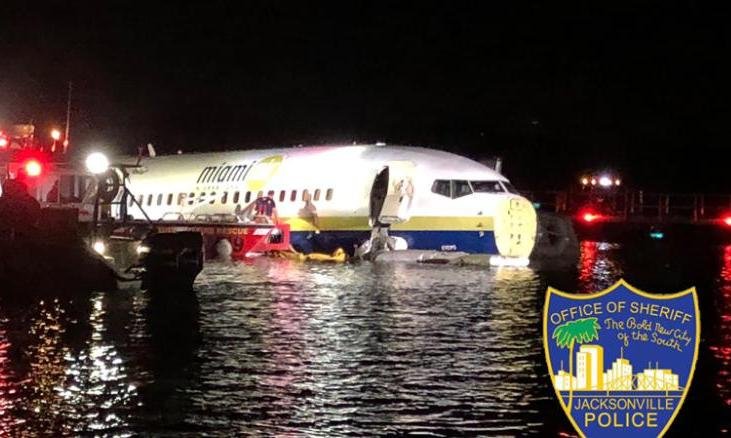 Here is yet another Boeing 737 plane story. A Boeing jetliner which had 143 people onboard  fell into St. Johns River at the end of the runway at Naval Air Station Jacksonville at about 9:40 p.m. local time on Friday night.

There were no reports of fatalities or critical injuries. The Jacksonville Sheriff’s Office said on Twitter that all 21 of the injured were taken to a hospital, where they were listed in good condition.

The plane is a chartered Boeing 737-800 arriving from Naval Station Guantanamo Bay in Cuba with 136 passengers and seven crew members.

The sheriff’s tweet was accompanied by two photographs showing the plane, bearing the logo of Miami Air International, resting in shallow water and fully intact.

The mayor of Jacksonville, Lenny Curry, said on Twitter that U.S. President Donald Trump had called him to offer help.

“No fatalities reported. We are all in this together,” Curry said in a separate tweet.

A Boeing spokesman said that the company was aware of the incident and was gathering information.