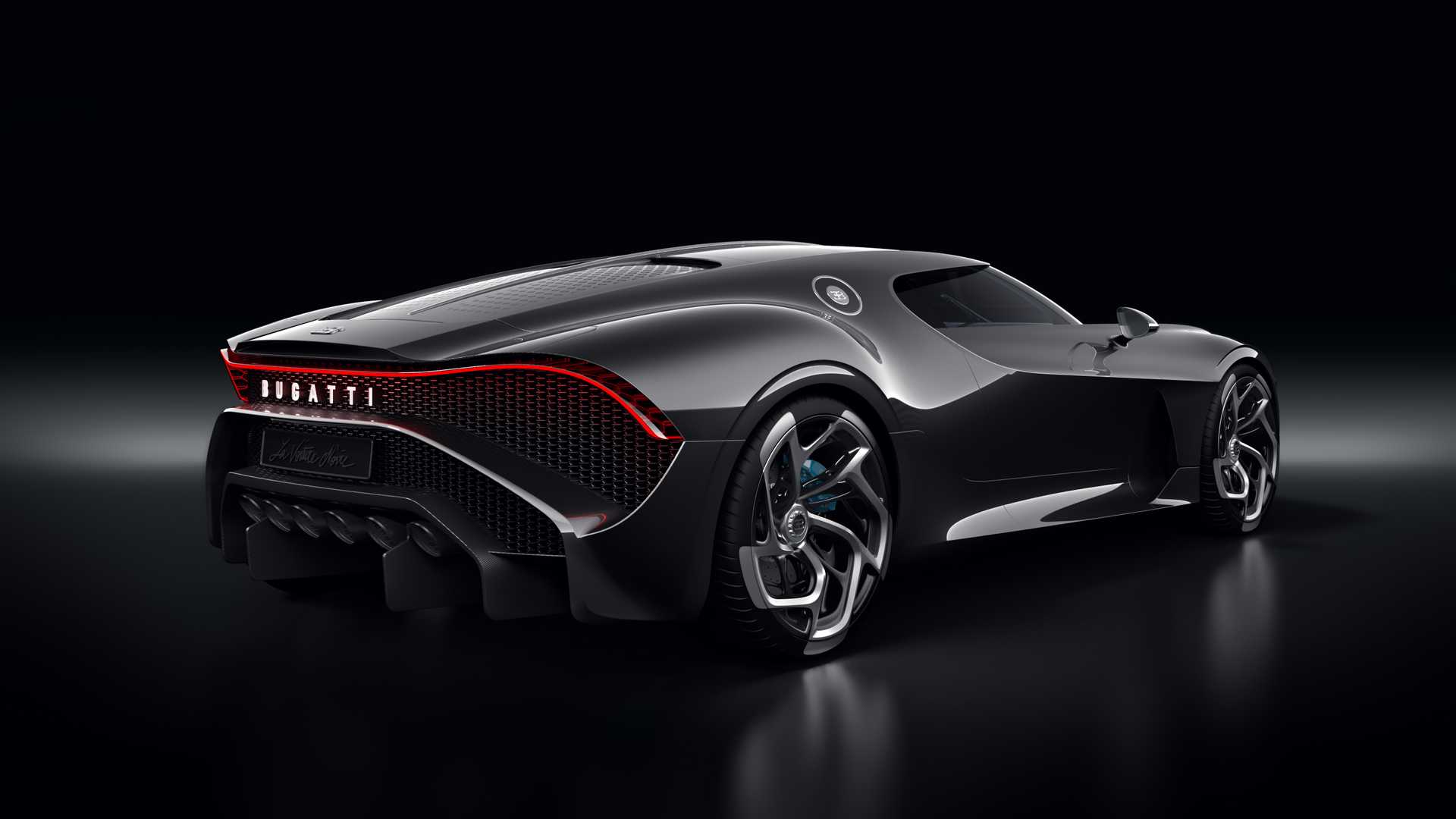 A pioneering spirit, a passion for perfection and the desire to continually redefine its limits have been the key characteristics of Bugatti since the brand was established 110 years ago.

“La Voiture Noire”, we are paying homage to our heritage and bringing speed, technology, luxury and aesthetics forward to a new era,” says Stephan Winkelmann.

Every single component on this beast is handcrafted and has carbon fiber body.

Under the hood of the hyper car is an iconic 16-cylinder engine which is claimed to be unique in the automotive world. They also claimed that there is no other car in the world with such engine. According to Bugatti, it’s not only powerful but also pleasant to look at.

The 16-cylinder engine with a displacement of 8 litres develops 1479 hp and 1600 Nm of torque. Six tailpipes at the rear bear witness to its incredible power and are also a tribute to the 16 cylinders.

You may also like: Evolution Of BUGATTI Hypercars From 2005 To 2019 In Pictures

For €11 million (before tax) this unique car has already been sold to a Bugatti enthusiast. It is the most expensive new car of all time. The car enthusiast is fascinated by the Atlantic; with the “Voiture Noire“, he has acquired a vehicle that takes up the legend and carries the idea forward to the present day. In its exclusiveness, style, quality and performance, “La Voiture Noire” is an unprecedented and unique car that continues a long tradition in the history of the automobile.

“La Voiture Noire is a far more than a modern interpretation of Jean Bugatti’s Type 57 SC Atlantic. It is a feast of aesthetics,” says Stephan Winkelmann. With its extended front end and the distinctive Bugatti C-line, the “Voiture Noire“ creates an elongated impression with the elegant waistline defining the contours of the coupé. Purism and elegance are reflected in the surfaces and the clear lines. The bumpers are smoothly integrated into the body and the windscreen seems to flow seamlessly into the windows at the sides like the visor on a helmet. Without any irritating lines, the surface is “all of a piece” and there is nothing to disturb the optical flow. This means that the hyper sports car has changed its attitude and become a grand tourisme – ideal for comfortable travel on long trips.