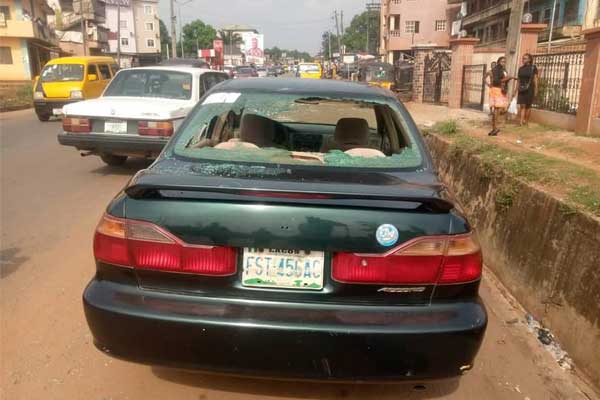 According to the Anambra Broadcasting Service (ABS) the gunmen went straight to First Bank Plc. There, they shot sporadically into the air, dispersing bank customers and passersby. Destroy Vehicles 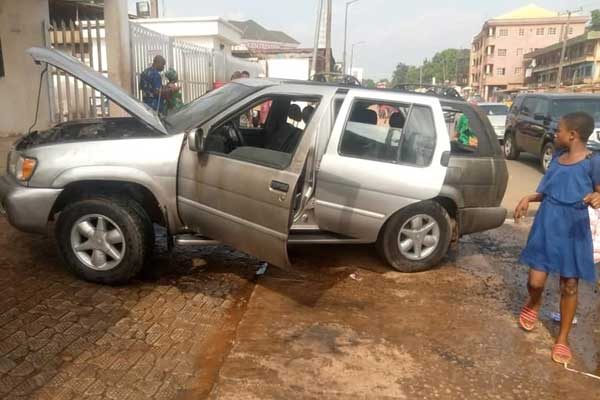 According to the report, the gunmen were about ten. They drove in black Honda Pilot Sports Utility Vehicle (SUV). They equally hoisted Biafran flag at the gate of the bank. Thereafter, they set fire on a Nissan Pathfinder SUV. The vehicle has registration number UR 640 KJA. They also smashed glasses of a Honda car with registration number FST 456 AC. The vehicles were all parked in front of the bank.

It is not clear if anyone sustained gunshot injury, however, normal human and vehicular movements continued after the gunmen left. 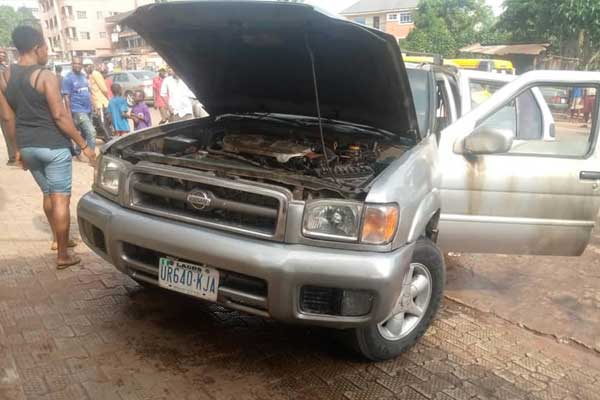 The incident comes a few hours after Nnamdi Kanu, leader of the Indigenous People of Biafra (IPOB), had accused the Department of State Services (DSS) of plotting to sponsor criminals to carry out attacks on banks while disguising as Eastern Security Network (ESN) operatives.

The spokesman for IPOB, Emma Powerful, Kanu claimed that the propaganda was aimed at blackmailing ESN. It was also aimed at tarnishing the image of the security outfit before the world. Destroy Vehicles

He alleged that the money to be realised from the operation would be used to purchased arms, maintaining that the security outfit has no plan to attack banks in the South-East. Destroy Vehicles

The IPOB leader however assured residents and institutions including banks in the region of their safety. 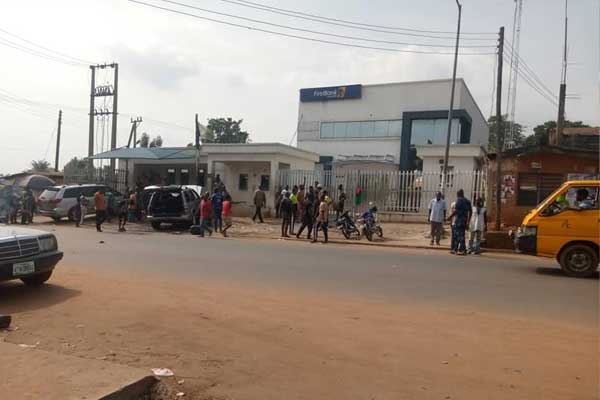 Student Who Fell Off Moving Vehicle During Protest Dead