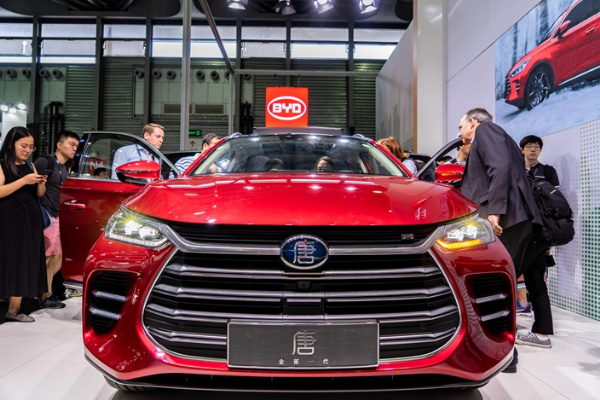 The Shenzhen-based automaker said emissions released by its facilities in Changsha comply with national regulations and standards.

But it admitted the factory may have caused odours in the neighbouring residential area. 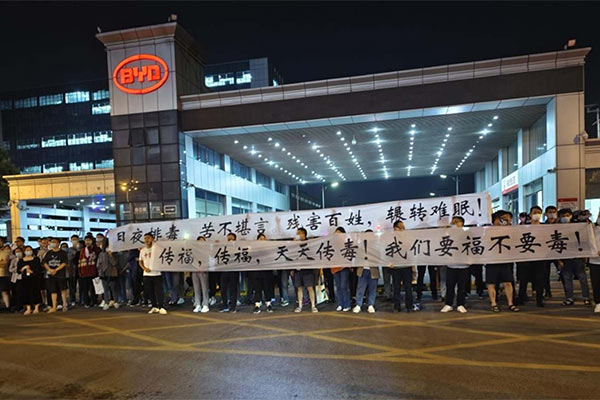 Chinese electric vehicle (EV) maker BYD Co said the emissions from its plant in the southeastern city of Changsha are in line with the country’s standards, following allegations that pollution from the factory sickened children in nearby residences.

While the Shenzhen-based car manufacturer said emissions released by its facilities in Changsha “comply with national regulations and standards”, it admitted the factory may have caused odours in the neighbouring residential area, according to a statement released on Saturday on its official account on Weibo, a Chinese Twitter-like platform.

“The company has taken relevant measures, and is actively improving the situation,” said BYD, whose shareholders include Berkshire Hathaway run by US billionaire Warren Buffett. Online rumors alleging that its plant’s emissions caused nosebleeds were “malicious fabrication”, it said.

Hundreds of parents gathered outside BYD’s Changsha factory on Saturday, holding photos showing their children bleeding in the nose, while carrying banners, such as “BYD pollutes and harms us” and “we do not want to be polluted”, according to multiple Chinese videos and media reports.

Some online users have also accused the company of causing nosebleeds, nausea, and coughing in more than 600 children, according to Weibo posts over the weekend.

The plant, which began operation in 2021, sits in the Yuhua district, about a 40-minute drive from Changsha’s downtown center. It is close to several elementary schools and some residential estates. The closest homes are just 40 meters (131 feet) away, according to Google Maps.

The factory was put under a watch list for volatile organic compound (VOC) polluters by the Changsha government last year and was ordered to cut emissions using new coating techniques by this October.

Exposure to concentrated VOCs in the air can cause ailments, including irritation in the nose and throat, skin allergy, and damage to the liver and central nervous system.

The Changsha government said on Weibo on Sunday it had set up an investigation team to look into the issue reported by residents. Relevant authorities, experts, and third-party institutions would examine BYD’s plant, it said.

BYD, founded in 1995 as a battery manufacturer, kicked off its car production in 2003 and has since evolved into the country’s top new energy vehicle (NEV) maker.

The company’s total vehicle sales soared by 423 percent in the first quarter this year. It led China’s NEV market with a share of nearly 30 percent in February, according to a recent research note released by Guosen Securities.