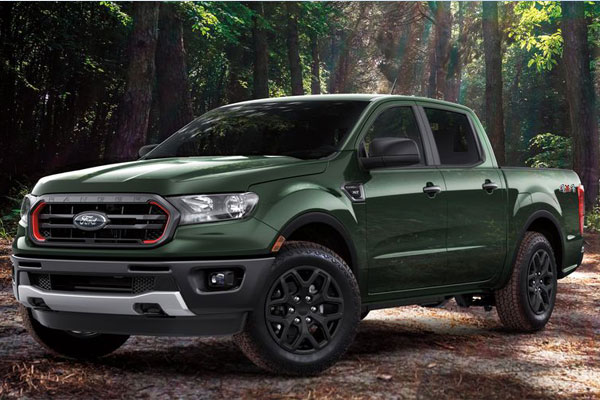 Ford has revealed new colours for the Splash Limited Edition packages on the 2022 Ranger.

The Forest Edition and the Sand Edition join the previously announced Snow Edition.

The limited-edition colours, like the standard orange-and-black Splash package, cost $1495.

Last year, Ford announced the return of the Ranger’s retro-inspired Splash package, as well as the availability of a limited number of 2022 models in other unique colours that would be announced every few months.

The Snow Edition was the first of these one-time-only Splash Limited Edition colours to be revealed at the time. Ford has now released new images and information about the new Forest Edition and Sand Edition.

Avalanche is the exclusive paint colour for the Snow Edition—because snow, get it?— In addition to covering the majority of the mid-size truck’s bodywork, it tints the grille nostrils. The Lariat trim level includes black leather upholstery with Ash Gray contrast stitching, which is offset by carbon-fiber-like stripes on the seats. Ford plans to offer approximately 750 Snow Editions, with availability expected to begin this spring.

The 2022 Ford Ranger Sand Edition is the colour of beaches, dunes, and deserts, as its name suggests. 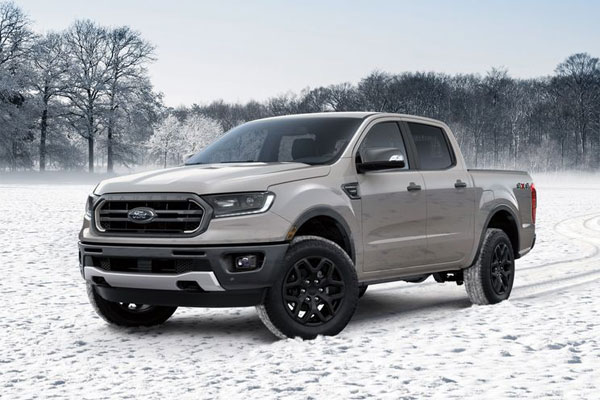 Desert Sand is the actual name of the paint colour. Unlike the Snow Edition, the grille nostrils are painted red, adding a splash of colour to the otherwise neutral colour scheme. The interior is mostly the same, with the exception that the XLT trim level replaces the leather with black cloth. The contrast stitching and carbon-fiber-inspired design elements are still present.

With the Sand Edition, Ford is reserving fewer Rangers, claiming that only about 500 copies will be available when orders open this summer.

BMW Isn’t Giving Up On Internal Combustion Engines; New Engines Are Being Developed