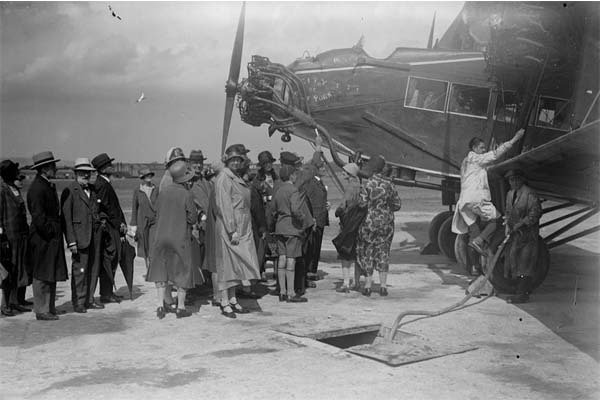 In 1903, the Wright brothers invented the aeroplane. About 2 decades afterwards, it did not really take off as a means of mass transport. However, after World War 1, the aviation industry really started to grow and many commercial airlines began operating. This marked the beginning of commercial Air Travels.

The growth of the aviation business later saw the commercialization of air transport. As at 2016, about 4 billion people have flown in commercial passenger planes.

In this article, we are highlight 10 important events in the early years of commercial passenger Air Travel.

The first scheduled passenger airline service began in the U.S. on 1 January 1914. The St. Petersburg-Tampa Airboat Line only lasted 4 months. However, its operations opened the doors for later transcontinental flights.

It was the co-pilot’s responsibility to tend to passengers 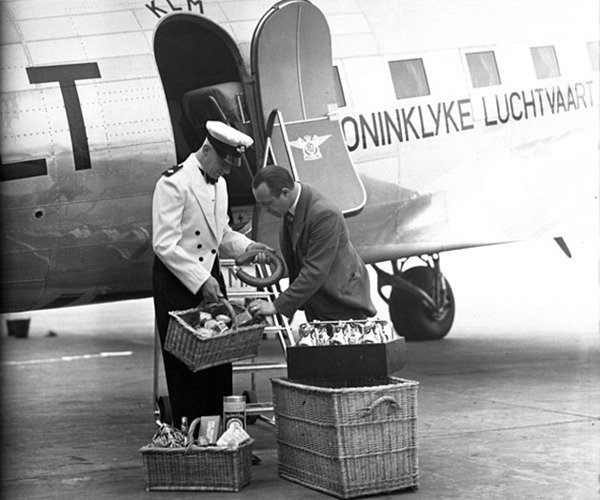 In the late 1920s, airlines realized that they needed to keep passengers happy. They also needed to encourage them to return once they were brave enough to fly. So they used the co-pilot to tend to passengers. They served beverages and reissued tickets when a flight was cancelled or delayed. It was also their responsibility to reassure passengers during air turbulence. 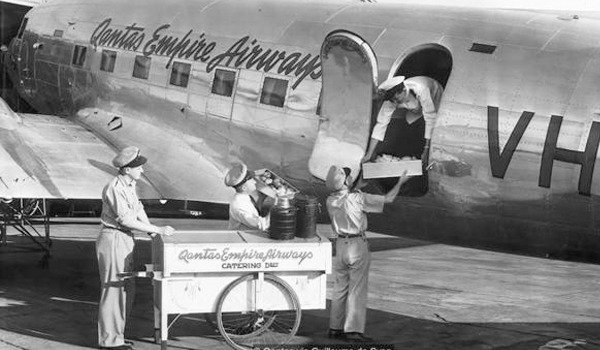 Some airlines later employed male crewmembers. In 1926, Stout Airlines became the first to hire America’s first male flight attendants. During that period, these crewmembers were known as aerial couriers, cabin boys, flight companions, aeroplane attendants, or stewards. These men were usually teenagers or men of small stature. They loaded luggage, reassured nervous passengers, and helped people get around the plane.

A Nurse, Ellen Church, was the first female flight attendant 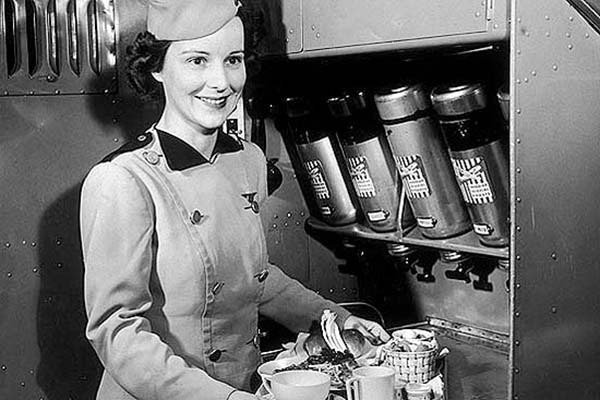 In the winter day in 1930, Ellen Church, a registered nurse, convinced Steve Stimpson, the manager of Boeing’s San Francisco office that women could work as cabin crew. This role was previously limited to men. She also persuaded the company that nurses were best suited for this role. Thus, she became the first female flight attendant. 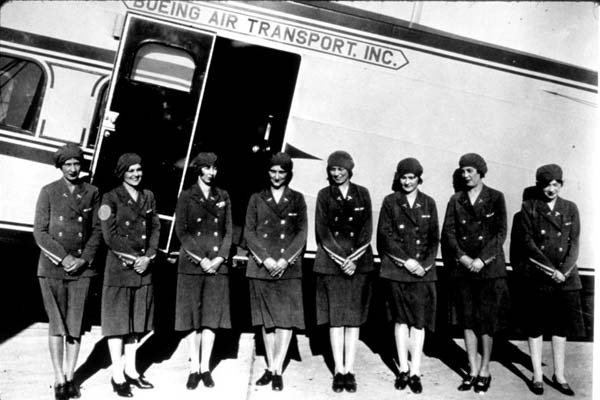 On May 15, 1933, Boeing Air Transport introduced the first female flight attendants. These women were called air stewardesses. Their job was to make passengers more comfortable, offer them water, a sandwich, and sometimes chewing gum to help relieve fear and discomfort. They also carried baggage, took passenger tickets, checked for gasoline leaks, and tidied up the cabin after a flight. They were paid a salary of $125 per month. 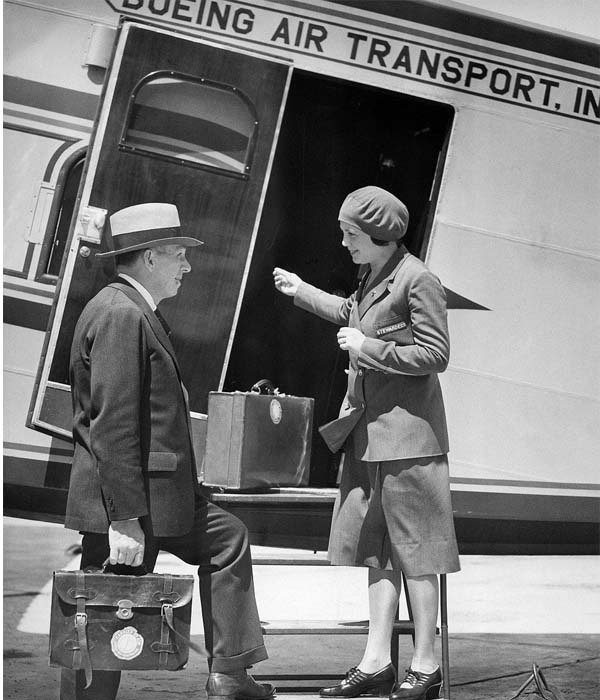 Rules were stringent for early female air stewardess. For instance, they had to work in the confined space of early passenger aircraft. They also should be no taller than 5 feet 4-inches nor weigh more than 118 pounds. Required age was between 20 and 26 years. They also needed to be single, a rule that lasted for most airlines into the 1960s.

Flight Reservations were made by phone 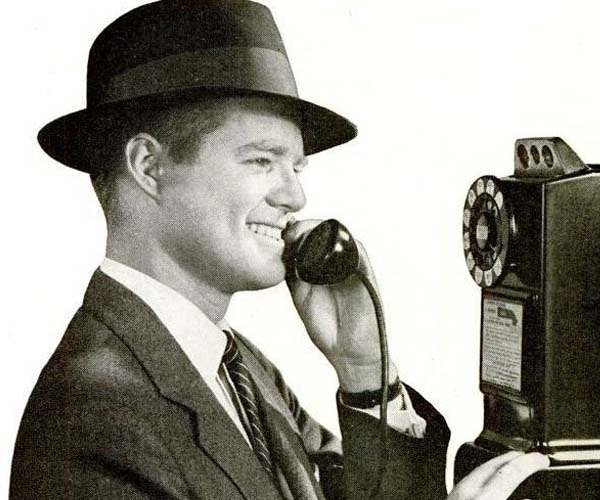 In the early days of commercial passengers flight, passengers made plane reservations by telephone. This was a new experience for these former rail travellers, who usually bought tickets in person. The air passenger would phone the airline office, which in the early 1930s was often at the airport since airports near larger cities were staffed around the clock.

Only those who had a good reason flew 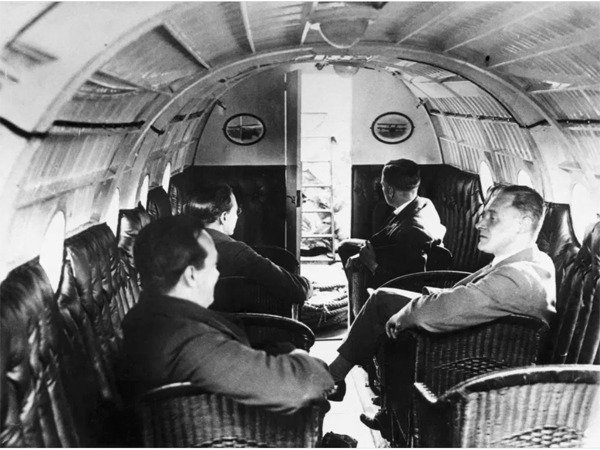 Early air passenger flights were limited mostly to the upper class and to those who had a good reason to fly, such as manufacturers’ representatives and those involved in banking. Naturally, flying was more expensive than travelling by train and “discretionary” flying was not yet practised. 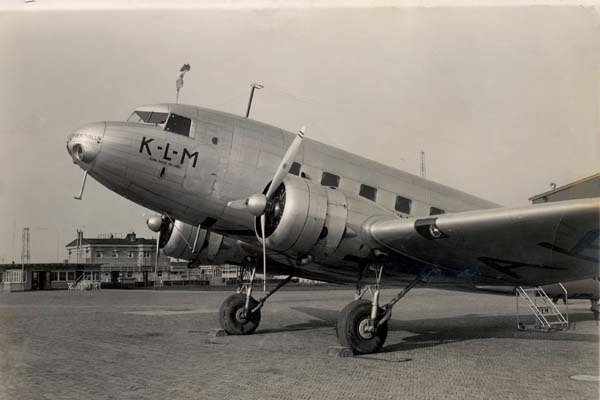 With the introduction of the Douglas DC-2 in 1934 and the DC-3 in 1936, commercial passenger air travel became much more comfortable and somewhat more commonplace. The DC-2 could fly coast-to-coast faster than any passenger plane before, and the DC-3 had both day and sleeper models, allowing passengers to travel cross-country in comfort. By 1939, at least 75 per cent of all air travellers were flying on DC-3s. 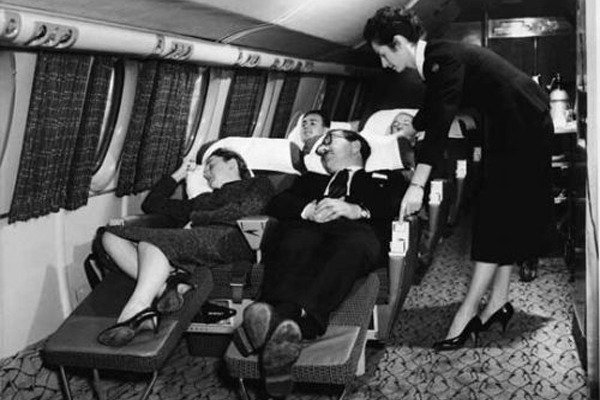 While the earlier trimotors had been plagued by engines that transmitted noise and vibration back to the passengers, Douglas planes added soundproofing to its cabins, ventilation ducts, and structure. Upholstered seats mounted on rubber and padded armrests further reduced noise and vibration. The planes could also fly higher, around 20,000 feet, (6,100 meters), reducing, although not eliminating, turbulence, and the spar structure made the cabin roomier and easier to navigate than the contemporary Boeing 247, which had an internal spar that passengers had to step over.

Some airlines of that period still exist

The four oldest non-dirigible airlines that still exist since the early days of air mass transit are the Netherlands’ KLM (1919), Colombia’s Avianca (1919), Australia’s Qantas (1921),[4] and the Czech Republic’s Czech Airlines (1923).