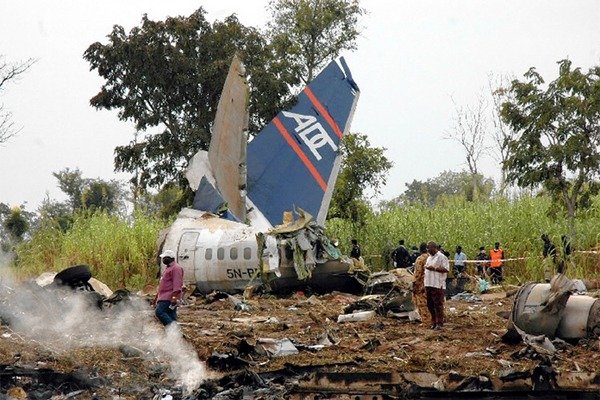 The history of Nigerian aviation began in ​Maiduguri and ​Kano city, where the first aircraft landed in Nigeria on November 1, 1925.

It is exactly 95 years since the historic flights, involving three De Havilland DH 9A aircraft belonging to the Royal Air Force, RAF, of the United Kingdom.

Ever since then, the country has recorded some plane crashes.

In this article, we highlight fatal air crashes that have occurred in Nigeria since the advent of aviation in the country.

6.  On November 20, 1969, Nigeria Airways Flight 825, a Vickers VC-10 aircraft, from London en route Lagos with intermediate stops in Rome and Kano crashed while approaching Lagos, killing all 87 people, 76 passengers and 11 crew, on board.

7. Royal Jordanian Airlines flight 707 carrying 171 Nigerian Muslims returning from Mecca and 5 crewmen crashed in Kano on January 22, 1973, killing all on board.

11. British Helicopter crashed in Eket, Akwa Ibom State on February 24, 1991, killing all 9 people on board.

17. A Nigerian Aviation Development Corporation (ADC) Airline Boeing 727-231 enroute Port Harcourt – Lagos with 142 passengers and 9 crews crashed on landing, plunging into the lagoon on November 7, 1996, killing all on board.

21. An aerial spray aircraft belonging to Berfieex Nigeria crashed in Bauchi on March 6, 2004, killing all on board.

22. Pan African Airlines’ helicopter crashed into the Atlantic Ocean in Escravos, Delta State on July 26, 2004, killing 4 persons on board.

24. A Russian aircraft belonging to Harka Air crashed landed at the MMA on June 24, 2005, killing all people on board. 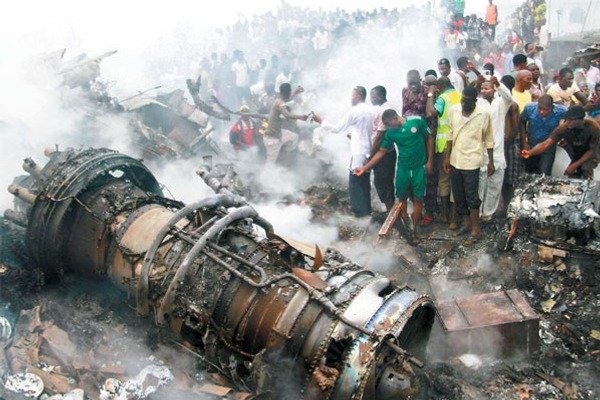 26. A Sosoliso Airlines DC-9 crashed in Port Harcourt on December 10, 2005, with 110 people on board, slammed into the ground and burst into flames. Immediately after the crash, seven survivors were recovered and taken to hospitals, but only two people survived.

28. Aviation Development Corporation (ADC) Airline Boeing 737 with 105 people on board crashed soon after takeoff from Abuja Airport on October 29, 2006, killing all on board except 6.

32. A Helicopter belonging to the Special task Force crashed on March 14, 2012 in Jos, Plateau State Capital killing 4 people on board.

33. A Dana Airlines plane crashed into a residential area in the suburb of Lagos on June 3, 2012, killing all 176 people on board. 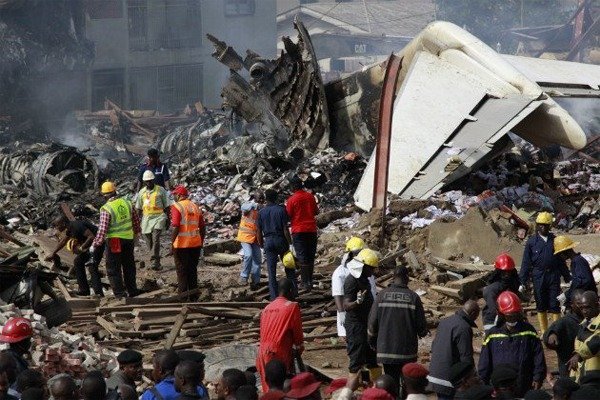 The scene of the Dana Airlines plane in Lagos on June 3, 2012

35. Nigerian Military Plane Crashed in the Niger Republic, on Monday, May 6, 2013, killing 2 Pilots.

A rescue operation at the scene of the Associated Airlines plane crash in Lagos on October 3, 2013.