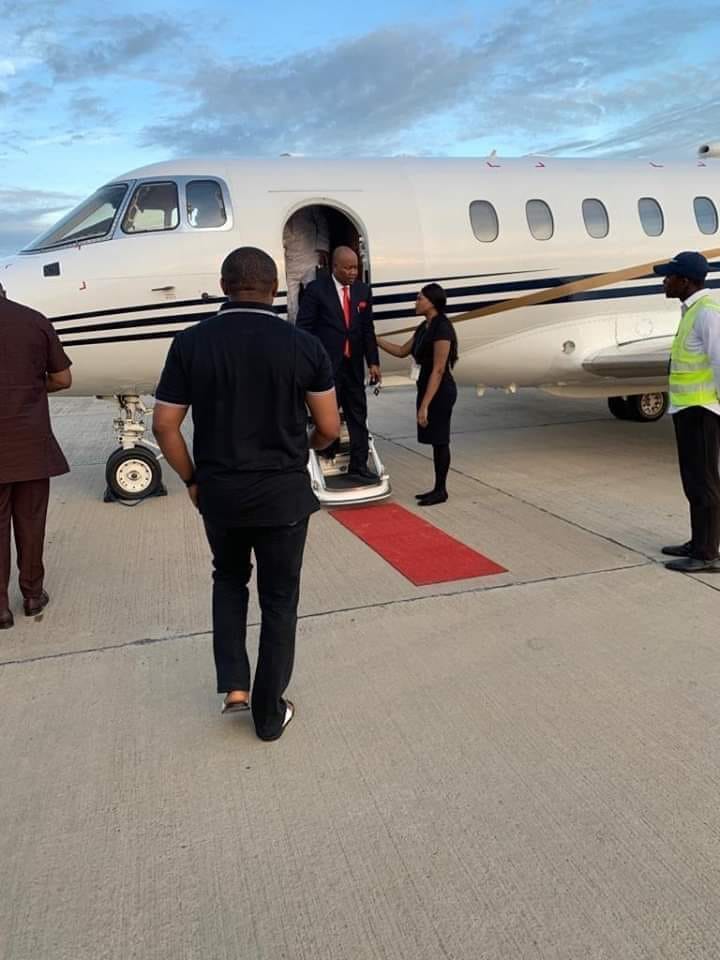 10 Nigerian State Governors Who Acquired Aircraft While In Office

During his time as Governor of Anambra State, Peter Obi showed a good example of how public officers should manage state funds.

When he was governor, you were most likely to run into him on a commercial flight than a private jet. You could even meet him sitting comfortably in economy class when he cannot get seats in Business Class. Obi is probably the only Nigerian governor who regularly flew commercial while in office.

While advising a newly-elected governor, Obi said, “Don’t fly chartered jets. Don’t waste Imo money on Chartered Jets. Why pay for millions when you can pay N40,000 and get to your destination”. 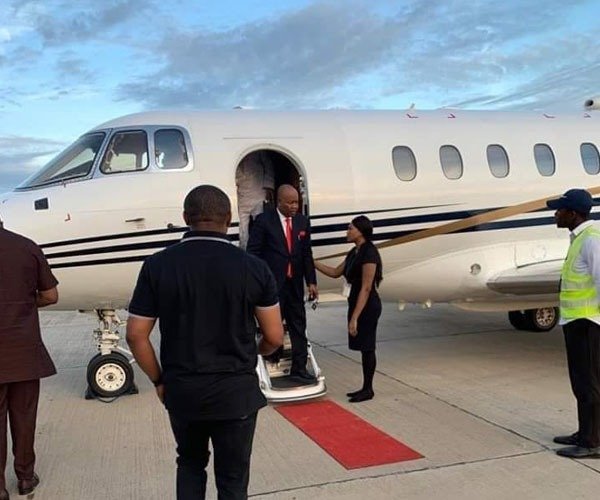 However, unlike him, some of his serving colleagues keep inventing reasons why using expensive private charter services is a necessity.

This set of governors go further by flaunting their profligate lifestyles by using state resources to purchase, own and maintain private jets for their personal movement to attend to frivolities. Even sadder; most of these private aircraft-acquiring governors were unable to conquer bad roads in their states.

In fairness to some of these governors who acquired aircraft, the aircraft they acquired, while in office, were for revenue generations or security purposes.

In this article, autojosh.com profiles 10 State governors in Nigeria – past and present – who acquired private aircraft while in office.

In 2005, former governor of Rivers State, Peter Odili, acquired two aircraft. One of them was an air ambulance – an Augusta Westland helicopter, and the other, a Brazilian-made private jet – an Embraer Legacy 600.

Both aircraft were procured in the name of Rivers State government. 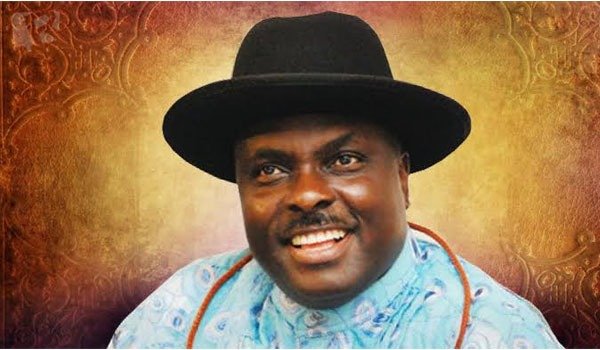 During that period, he was enmeshed in a private jet scandal.

According to a report, Governor Ibori of Delta State used international collaborators, offshore shell companies and local assistants to buy for himself a Bombardier Challenger jet from Bombardier Aerospace Incorporated, Canada.

The funds for the purchase of the $20 million Bombardier Challenger 604 jet were reportedly paid to the jet’s manufacturer through different shell companies around the globe.

On December 7,  2009, Governor Babatunde Fashola of Lagos State, launched two Bell 412 EP Helicopters. The aircraft were acquired for security operations in the state.

According to him, the choice of Bell 412 EP was informed by the multi-faceted platform which allows it to be utilized in several functions. He also revealed that the helicopters are specially and uniquely configured for firefighting, emergency services, search and rescue, air ambulance and airborne surveillance roles.

The Governor at the time said the helicopters exceeded the standard Bell 412 prototype, adding that at the request of the state government they have been fitted with 31 extra options to suit the use to which the state acquired them.

In 2007, former Governor of Bauchi State, Adamu Mu’azu, took delivery of an Embraer 145 aircraft. The aircraft costs taxpayers $17.5 million (N3billion at the exchange rate then).

The former National Chairman of the Peoples Democratic Party (PDP) claimed he bought the aircraft to increase the Internally Generated Revenue (IGR) of the state, as he planned to commercialize the aircraft.

The aircraft, marked “5N–BJM” was later leased to Messrs Donnier (Dana) Aviation Ltd. The company, which doubled as a consultant for the aircraft business, went into a contract to remit N4 million weekly to the government. The figure rose to N6 million weekly effective from 2013 after a revaluation.

In 2015, the aircraft became a subject of dispute. This happened when the new government of Governor Mohammed Abubakar claimed that the aircraft was nowhere to be found. This led to bickering between him and his predecessor, Malam Isa Yuguda.

The aircraft was later found hidden in Morocco. 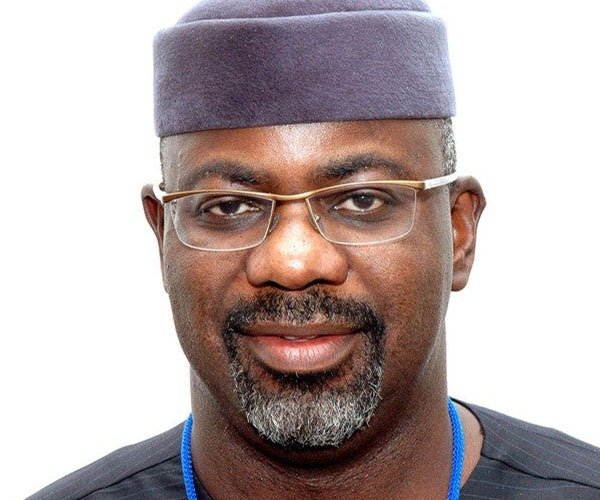 In the 2011 Budget, the Cross River State Governor at the time, Liyel Imoke,  proposed to buy an Aircraft to boost Tourism in the state.

In July 2013, the Governor then reportedly purchased a Bombardier Dash 8-Q200 with registration number 5N GRS from the Rivers State Government. It was purchased at the cost of $6 million.

It was reported that the governor ordered the Aircraft to be stretched out and properly furnished to his taste.

The aircraft was later leased to Aero contractors Airlines to undertake commercial flights to and from Obudu airstrip. 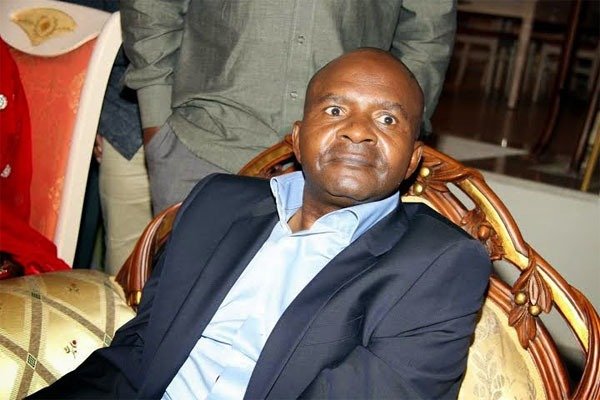 Danbaba Suntai was a trained pharmacist with a penchant for flying. After he was sworn in as the Governor of Taraba State on 29 May 2007, he acquired a Bell helicopter and 2 small aeroplanes – a Cessna 208, 5N-BMJ and an Embraer ERJ-145 jet.

The Taraba State Government reportedly acquired the Embraer ERJ 145 with about $21m (N4.13bn, at the exchange rate then).

The aeroplane was reportedly bought from a Nigerian Senator representing Kebbi, Bala Ibn Na’Allah. It was also revealed that Suntai had set up “Taraba Airline” following his purchase of the Embraer ERJ-145 jet.

On October  25, 2012, Governor  Suntai, piloting one of the aircraft, along with four aides, crashed it. The plane crashed near the Nigerian National Petroleum Corporation (NNPC) depot in Yola, the Adamawa State capital. The Cessna 208 crashed at about 7.45 p.m.

The report of an inquiry into the crash revealed that Suntai, the flying pilot at the time of the crash, was not certified, qualified and competent to fly the aircraft type. Though he learnt to fly by tuition from a pilot he employed after purchasing the aircraft.

The plane crash resulted in the incapacitation of Suntai and his eventual death on 28 June 2017.

On October 7, 2012, former governor of Rivers State, Rotimi Ameachi, took delivery of a brand new Bombardier Global 5000 (N565RS) jet for the state government. The jet, reportedly, cost the Rivers State Government the sum of $45.7 million (N7.4 billion, by the exchallenge rate then). Amaechi acquired the aircraft using a Bank of Utah Trustee account. The aircraft was meant for his exclusive use.

That same year,  Amaechi traded off the state’s Embraer Legacy 600 – bought by the previous administration of Peter Odili. He claimed that it was too expensive to maintain. The aircraft was traded off to the Cross River state government. 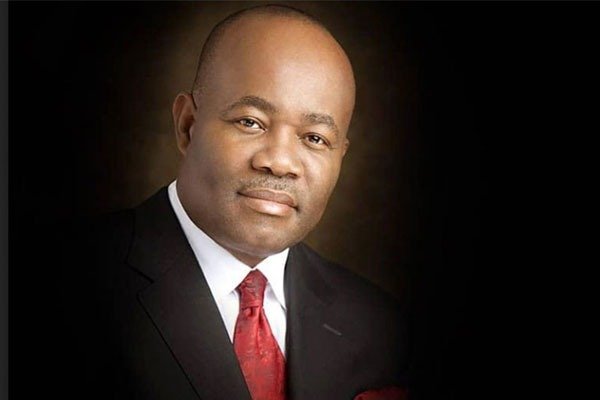 On July 2012, Governor Godswill Akpabio took possession of a brand new Bombardier Global 5000. The state-of-the-art aircraft with number N224BH was manufactured in 2011.

The brand new aircraft set the state treasury back by $45m.

The jet was purchased by the same Bank of Utah Trust account used by the Rivers State government to buy theirs. The deal was handled by a trust attorney at the bank and delivered to Mr Akpabio in Uyo.

In February 2013, Governor Rauf Aregbesola acquired a helicopter. According to him, the aircraft was acquired to beef up the state’s Swift Anti-Robbery Squad (SAS) in the aspect of aerial surveillance.

The helicopter, a French Five-Plus-One passenger Eurocopter AS-355N, is a 2006 Model with twin engines.

The acquisition of the helicopter was under a Lease agreement with OAS Helicopters, Lagos. The helicopter was acquired for N500m ($2.538m, at the official exchange rate of N197 to the United States dollar).

A few months later,  the All Progressive Congress Chairman in the state, Mr. Adegboyega Famodun revealed that the state government had put the Eurocopter ASS 355 helicopter into commercial use by leasing it to an airline. He, however, said the state normally recalled it whenever it needed it.

In June 2015, amid an uproar over a backlog of unpaid Civil Servants salaries in the state, the opposition party, Peoples Democratic Party (PDP), told Governor Aregbesola to sell the helicopter and use the money from the sale to pay salaries of workers in the state. They noted that Aregbesola was using the helicopter for personal trips. 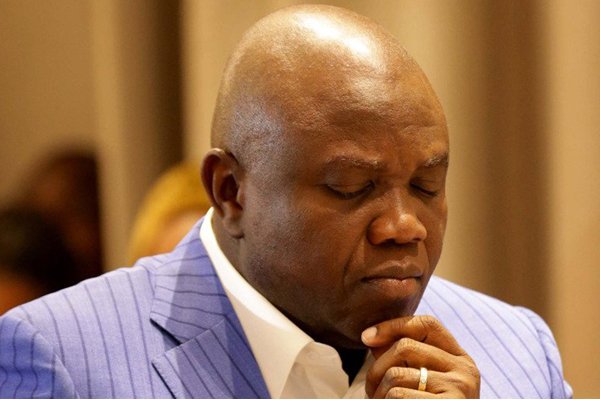 On November 27, 2015, the Lagos State Governor at the time, Akinwumi Ambode, commissioned – amongst other security vehicles – three helicopters.  The entire cost of the project was put at N4.765 billion.

However, it was later discovered that one of the helicopters said to have been newly acquired included one bought in 2009 by the Babatunde Fashola administration in 2015. This revelation caused public outrage.

Indeed, one of the helicopters commissioned by Ambode was a Bell 412 EP 5N-LAG (Manufacturers Serial Number 36495). It was the same as the ones commissioned by Fashola in 2009. It was alleged that Ambode administration attempted to pass it out as a new purchase.

A trail of documents and news articles readily available online showed that the helicopter (5N-LAG) together with 5N-LSG were both procured in 2009 via deductions from the Lagos State Security Trust Fund by the Fashola’s led government.

However, the Ambode administration denied the allegation. According to the Government’s spokesperson, the said helicopter was only added to the other 2 new ones. And they were meant to be donated to the State Security formation – RRS.

In early 2020, Governor Emmanuel added two new aircraft to the fleet of Ibom Air. This would bring to five the number of aircraft owned by the state government.

The government explained that before 2023, the state would float 10 aircraft, adding that the government had invested a lot in the aviation business to boost the Internally Generated Revenue (IGR) of the state.