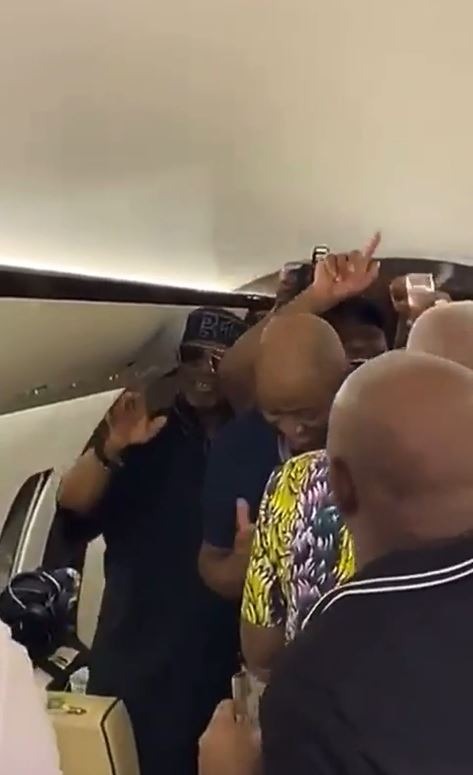 According to Ovation publisher, Dele Momodu, the worth of the private jet is a whooping sum of N22.661 billion ($62 million).

Who Is Davido’s Father?

Deji Adelekeis the CEO of Pacific Holdings Limited. He was married to Dr Vero Adeleke. She was a university lecturer and mother of Davido. She died on 3 March 2003.

In the video below, Deji Adeleke and his famous son, Davido, are captured partying with friends aboard the newly acquired private

According to corporate jet investors, the Bombardier’s Global 6000 has been deliberately named to let you know that the aircraft is capable of some serious range – precisely over 6000 nautical miles. This means it’s possible to fly for up to 12 hours without stopping.

Lexus LX570: 7 Celebrities That Own This “Intimidating” SUV