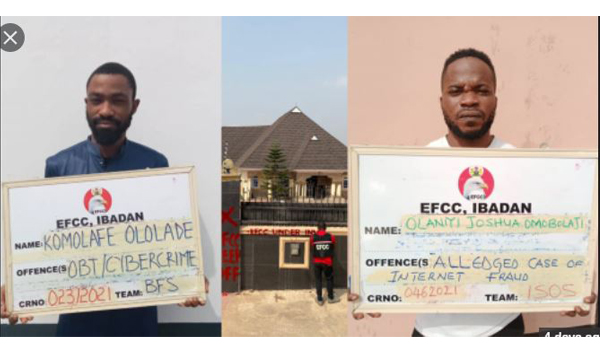 Two convicted Internet fraudsters will forfeit cars that include one Toyota Corolla 2008 model, one Toyota Venza 2013 model, and one Toyota Camry 2013 model cars.

The verdict was at a  Federal High Court sitting in Abeokuta, Ogun State on Wednesday. The court convicted one Komolafe Olajide and Olaniyi Omobolaji over what it called fraudulent court conviction.

The duo were convicted on a separate count charge of fraudulent impersonation preferred against them by the Ibadan Zonal Office of the Economic and Financial Crimes Commission.  Internet fraudsters

Komolafe, 30, who claimed to be a Computer Science graduate from the Osun State University was arrested on January 22, 2021.

In the course of the investigation, some incriminating documents were said to have been recovered from his email.

Upon arraignment on an amended charge after a plea bargain agreement, he pleaded guilty. Internet fraudsters

Apart from his conviction, Komolafe was also ordered to restitute a total sum of N1,319,708.85k. 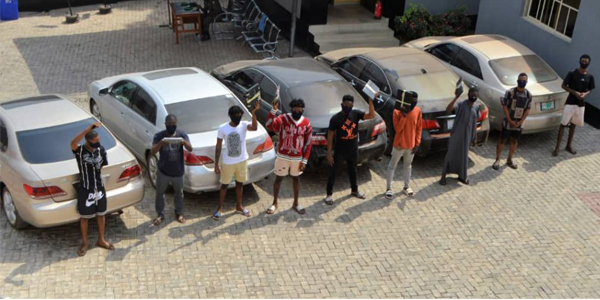 The court equally ordered the forfeiture of his iPhone 12, Samsung S5 and Samsung Galaxy S6 mobile phones. Also be be forfeited is a MacBook computer, including a 4 bedroom bungalow. Internet Fraudster

He was equally ordered to forfeit a Samsung A51mobile phone and a Lexus ES 330 car to the Federal Government.