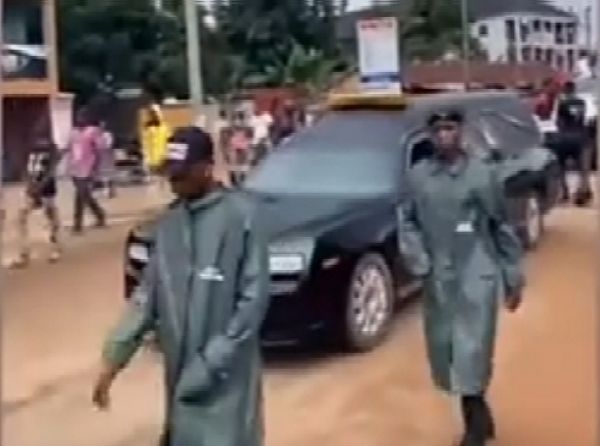 Moment horsemen led the way during the funeral procession of Obi Cubana’s late mother to church in Oba, Anambra.

The black hearse ferrying the N30 million coffin was in a convoy of several luxury cars.

Friday’s event has a good number of dignitaries and affluent Nigerians in attendance. 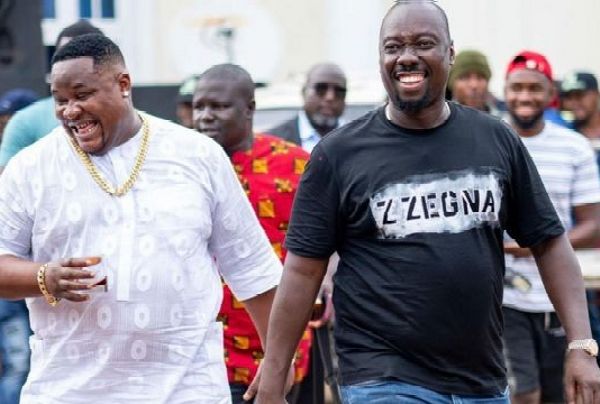 The event had many celebrities and politicians in attendance, including Cubana Chief Priest, Deputy Commissioner of Police, Davido, Jowizaza, veteran actor Kanayo O. Kanayo, just to mention but a few.

The funeral rites started on Thursday with a service of songs and Christian wake. This was followed by the burial at St Paul’s Anglican Church, Oba Anambra.

A footage of burial procession shows the moment the remains of Cubana’s mother arrived at the church in a hearse accompanied by horsemen. The black hearse ferrying the N30 million coffin was in a convoy of several luxury cars.

There was enough to eat and drink at the event as Obi Cubana had earlier promised to “make people hungry for death”. Videos from the well attended occasion showed some of the invited guests spraying wads of Naira and foreign currencies.

Cubana, adorning a $100,000 diamond pendant and neck piece in honour of his late mother, confirmed receiving 246 cows from his friends as gift  for the funeral.

UNILAG ZEV 001, An Electric Powered Vehicle Made By UNILAG Engineering Students, Goes On A Test-drive