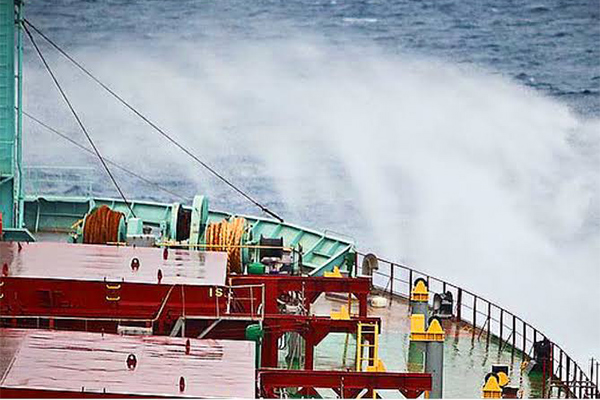 12 rescued Nigerians admitted they illegally boarded the Chinese vessel in an attempt to seek greener pastures in Japan.

Two Nigerian stowaways have drowned while 12 others have been rescued by fishermen after they were dumped at sea off the coast of Liberia by a Chinese cargo ship named OPHELIA PANAMA.

As reported by SHIPS & PORTS, following their rescue by the Liberian fishermen in the waters of Grandcess, Grand Kru county, the 12 Nigerians admitted to being stowaways who illegally boarded the Chinese vessel in an attempt to seek greener pastures in Japan.

According to them, they illegally boarded the vessel at Delta Port, Warri on September 7, 2022, with the aim of escaping to Japan in search of greener pastures.

The 12 Nigerians attributed their grim voyage to harsh economic situation they faced in their country.

Among those rescued were Emmanuel Beal, Mike Wilson, Precious Uwalogho, Igiebo Stephen, Soumo Yoel, and Temeta Adebiyi Adewale among others.

The group spokesperson Emmanuel Beal, said they were 14 in number that embarked on the vessel from Nigeria to Japan, but due to maltreatment by the crew onboard, two of their colleagues drowned while attempting to escape.

They alleged that the Captain of the MV OPHELIA PANAMA and his crew subjected them to severe torture by spilling chemical on them, affirming that their two colleagues met their demise after they absconded from the ship and went into the open ocean.

He thanked the local fishermen of the coastal community for coming to their rescue.

Beal said had they not been rescued by the fishermen of Grandcess, they all would have drowned.

The 12 Nigeria have been handed over to the Liberia Immigration Service for further investigation.

Under international maritime convention, ship masters and crew are required to lock up stowaways found onboard vessels, and treat them humanely until the next port call, where they are expected to be handed over to the immigration authorities for prosecution and possible deportation to their home countries.

Today’s Photos : Audi Workers Demonstrating The Body Strength Of The Audi 920 In 1938