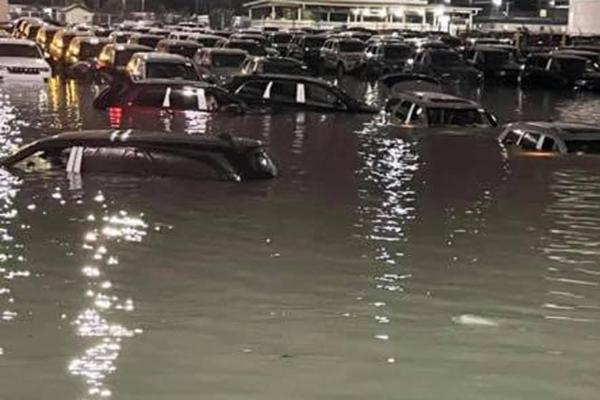 Hundreds of brand new cars have been totaled by water at Jeep’s Detroit Shipping Yard after an early morning downpour. 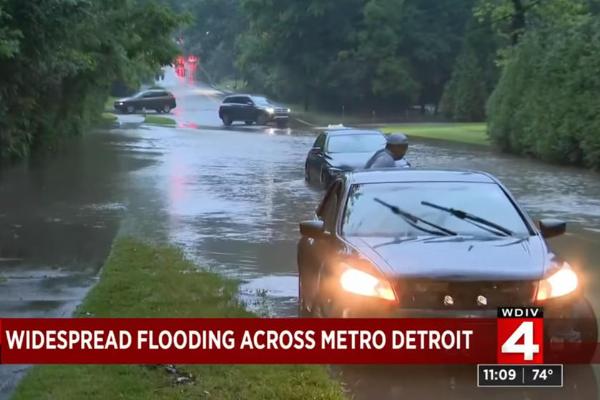 A widespread flooding caused by an early morning downpour in Detroit, Michigan area on Saturday have totaled dozens of brand new vehicles at Jeep’s Jefferson North Assembly Plant and its adjacent shipping yard.

Photos taken at the plant, which is home of the Jeep Grand Cherokee and Dodge Durango, shows what appears to be SUVs submerged underwater. The water reached as high as the windshields, making it look like the affected vehicles may never be salvaged.

“As a result of severe storms that came through Detroit on June 25, many expressways, surface streets and neighborhoods in the area experienced significant flooding, including the Jefferson North Assembly Plant and an adjacent shipping yard” 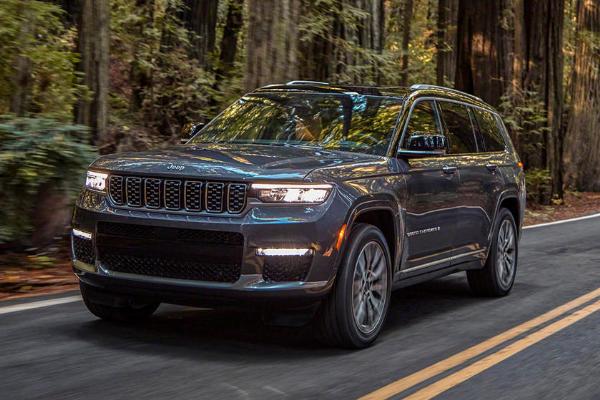 “Water from the plant was removed and second shift resumed at 4:30 p.m. An assessment will be conducted on the condition of vehicles in the yard. We have no further information to share at this time.”

According to reports, the submerged cars are newly built vehicles that were parked in the yard and awaiting to be transported to dealerships. They includes Grand Cherokees, Grand Cherokee Ls, Dodge Charger and Challenger, Durango, and minivans.

But it isn’t only Stellantis operations that was affected by yesterday’s massive flooding in Detroit. Ford’s Detroit Dearborn Truck Plant, where the Ford F-150 is being built, was temporarily shut down on Saturday.

Unlike Stellantis, a Ford’s spokesperson confirmed shipping was still possible but employees were unable to get to the plant “due to the flooded area.”