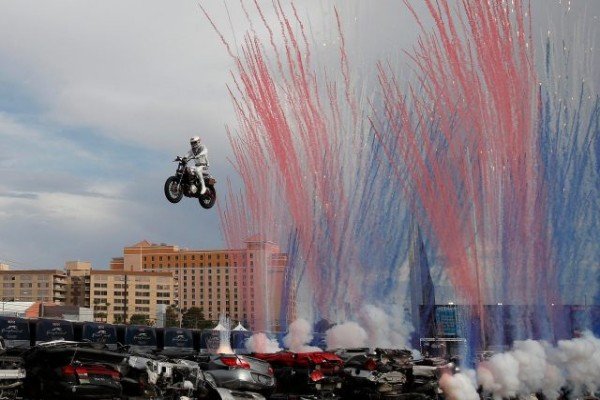 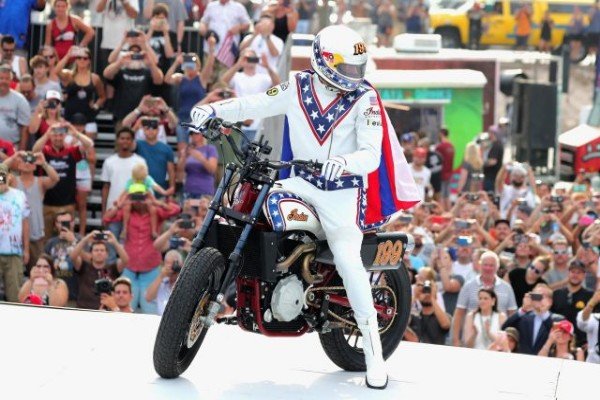 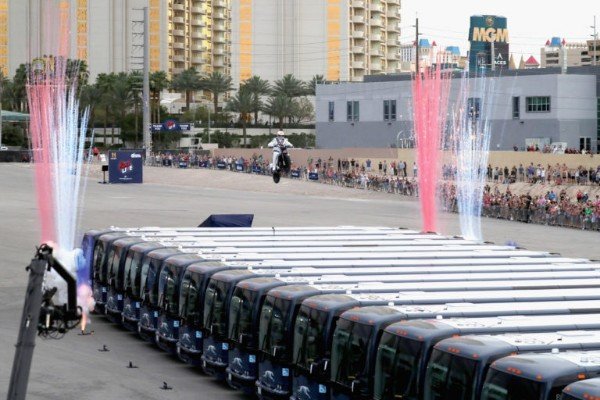 He became the first person to successfully jump the 149 feet fountain gap at Caesar’s Palace ,the same stunt that left Evel Knievel with a broken pelvis, femur, hip, wrist and ankles back in 1967. 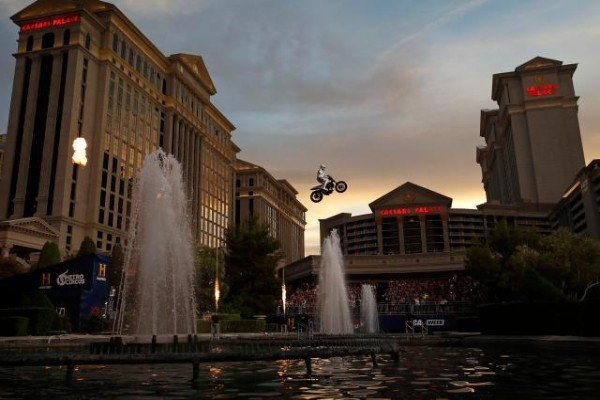 The dangerous stunts was a tribute to mark over 50 years since Evel Knievel’s brutal “missed landing” crash at Caesar’s Palace. He died in 2007 aged 69.

Travis Pastrana’s previous accomplishments includes the first double backflip ever landed in competition and a skydiving without a parachute.