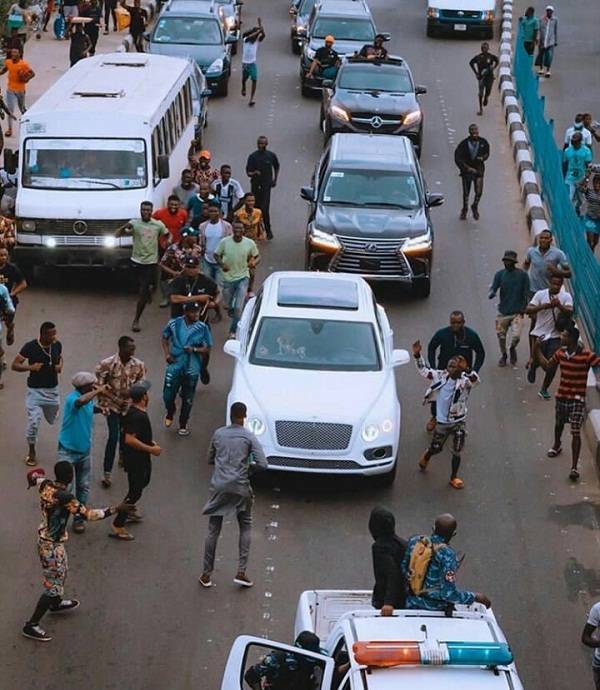 The pictures show the music superstar moving in a convoy in the street of Lagos. His convoy includes a Bentley Bentayga, a Lexus LX570 SUV, a Toyota Hilux, a Mercedes GLE 450, and so on.

The Bentley Bentayga – the costliest car in the convoy – was the car Davido was driving in.

This Davido’s convoy also drew a lot of attention as you can see the huge crowd around his convoy. Let’s say he has a big fan base across the country. 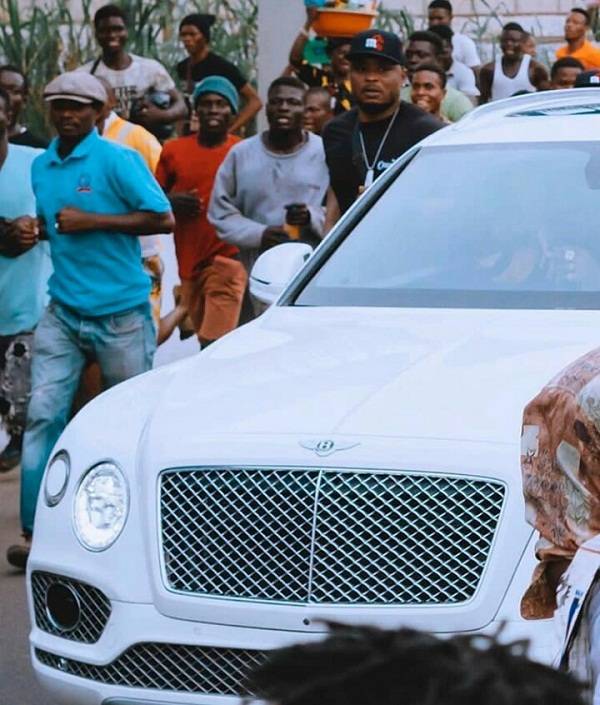 Below are some other convoy pictures of Davido; 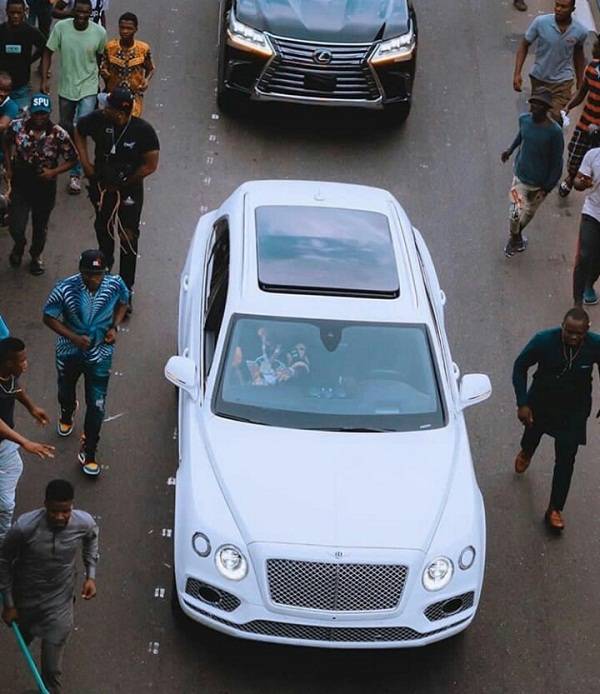 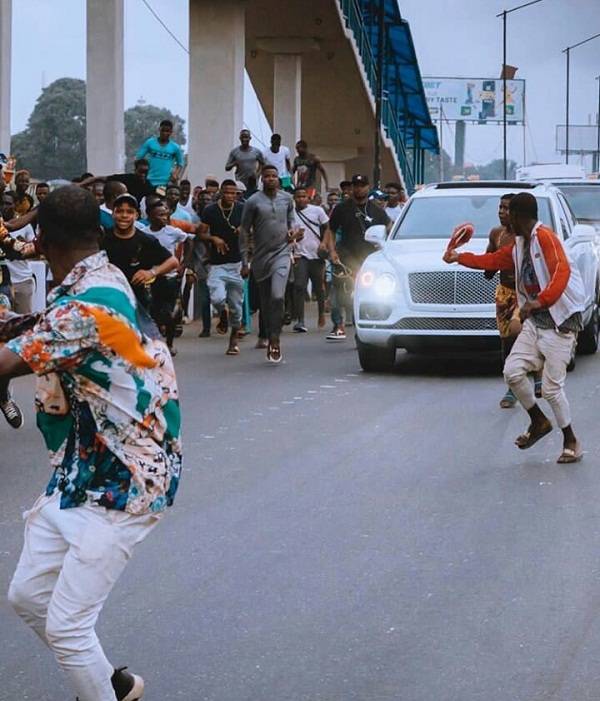