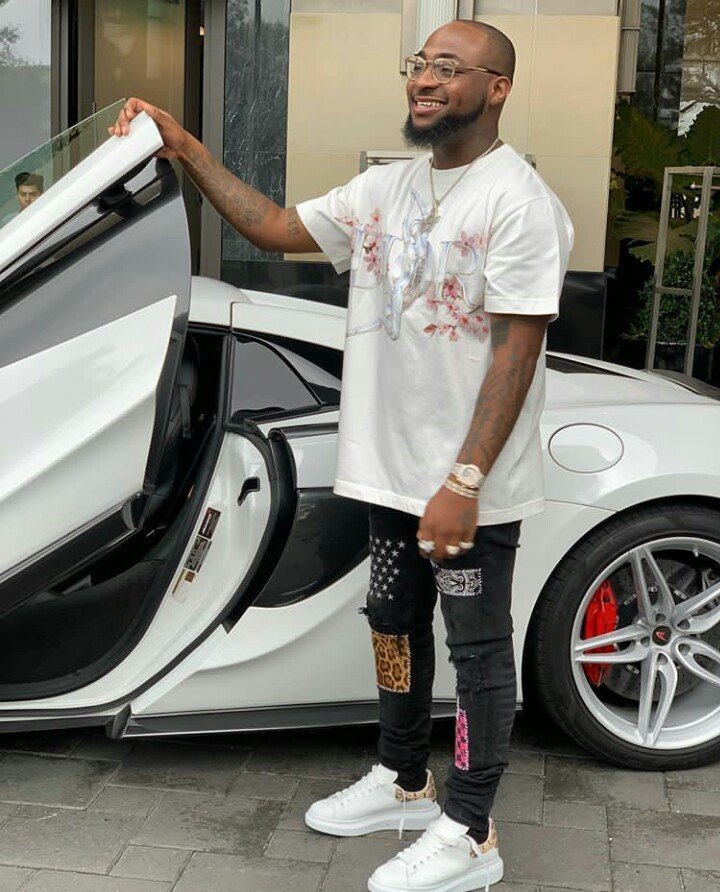 David Adedeji Adeleke, popularly known by his stage name Davido, is a Nigerian singer, songwriter, and record producer. He was born in Atlanta, USA and was raised in Lagos, Nigeria.

Davido is among the wealthiest musicians in Nigeria and Africa at large. He has some interesting cars parked in his garage which include an Audi R8, Bentley Bentayga, Mercedes GLE coupe and some other luxury cars.

The 26-year-old star uploaded a picture of himself around a McLaren 570S on his official Instagram account.

The McLaren 570S is a sports car designed and manufactured by British car manufacturer McLaren Automotive and was unveiled at the 2015 New York International Auto Show.

As it stands, we can’t ascertain if the whip belongs to Davido or not. He uploaded the picture with the caption: “PROBLEM CHILD !!!”

Duncan Mighty who is another Nigerian musician made a comment on this post. In the comment, he was advising Davido on what to do in case he has plans of bringing the McLaren 570s back to Nigeria.

Before u drive am for naija go tell the manufacturers say make dem drop the tire down if not Naija road will only allow you drive the first day before you park am for mechanic garage cuz naija road and this sport cars like this dey keep malice since origin. 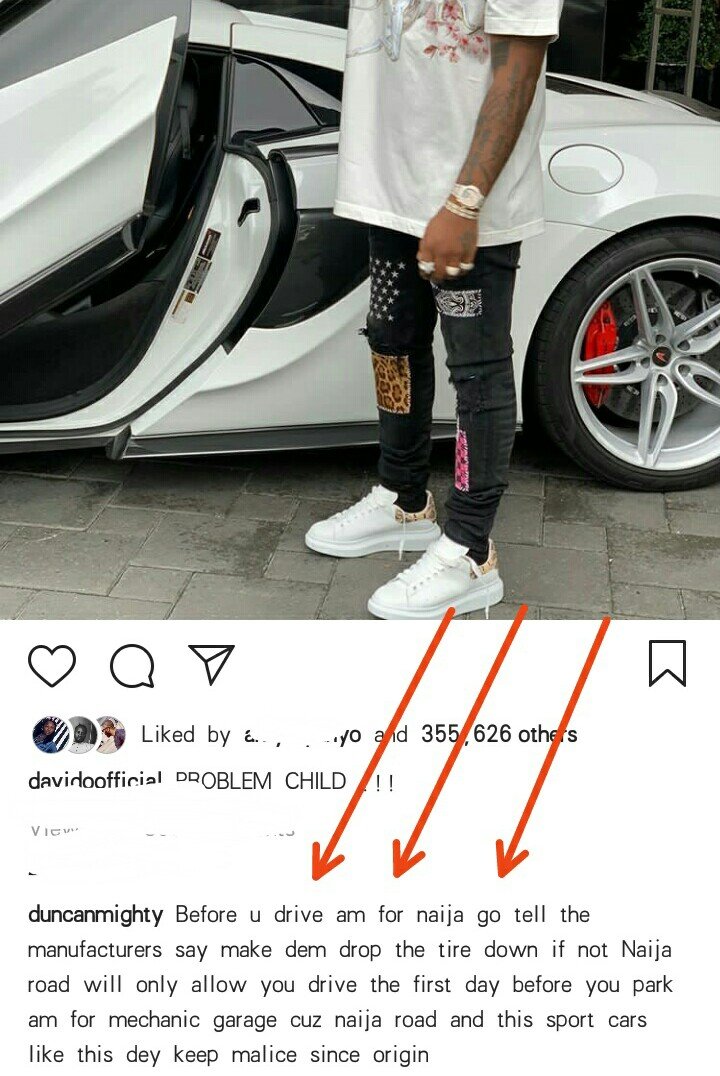