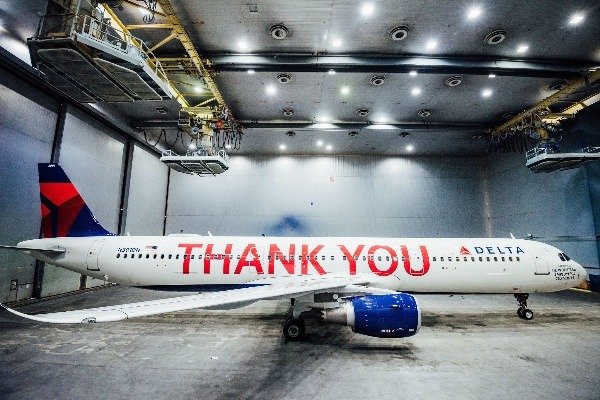 After sharing $1.6b profit among its 90,000+ staffs, Delta has unveiled ‘thank you’ plane featuring all names of its employee.

2019 was a good year for Atlanta-based Delta Air Lines. Instead of just thanking its employees for the company’s strong performance in 2019, the airline said on Friday that it will pay out more than $1 billion in profit sharing to celebrate the outstanding accomplishments.

The $1.6 billion profit sharing pool is a record for a U.S-based company. It translates to a 16.7 percent payout for eligible employees and is equivalent to two months’ pay.

Delta CEO Ed Bastian said in a statement that :

“Delta would be nothing without our 90,000 people worldwide,”

“They deserve all the credit for our success, and we are proud to recognize their extraordinary work with a $1.6 billion payout; – marking the sixth year in a row that Delta’s profit sharing has exceeded $1 billion.” 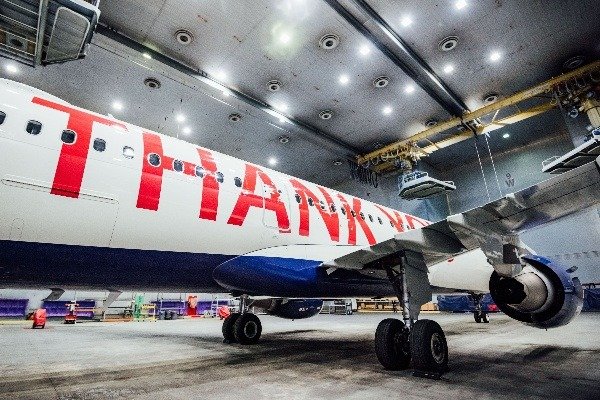 Delta airlines has paid more than $6.5 billion in profits directly to its employees over the past five years; – a milestone no other company has ever achieved.

“We’re often asked what sets Delta apart, and the answer is simple: our people,”

“That’s why profit sharing is one of the most important days of the year. It’s all about Delta people sharing in the success they make possible through hard work and a focus on our customers.” 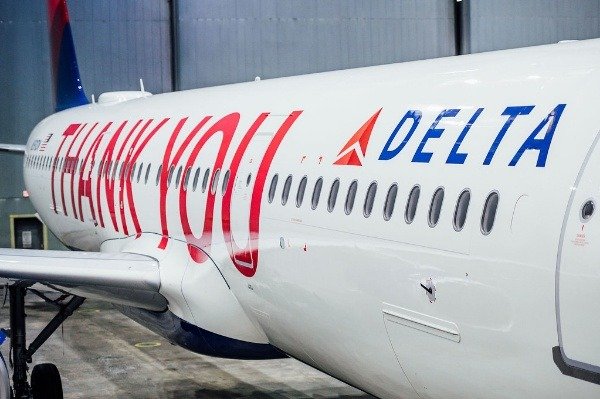 During the profit sharing celebration on Friday, Delta unveiled another symbol of the company’s appreciation : A custom “thank you” livery featuring all 90,000 employee names, alongside a message that the aircraft is “dedicated to the world’s best employees and customers.”

The custom “thank you” message on the Airbus A321 aircraft was designed, produced and installed in-house by Delta people. 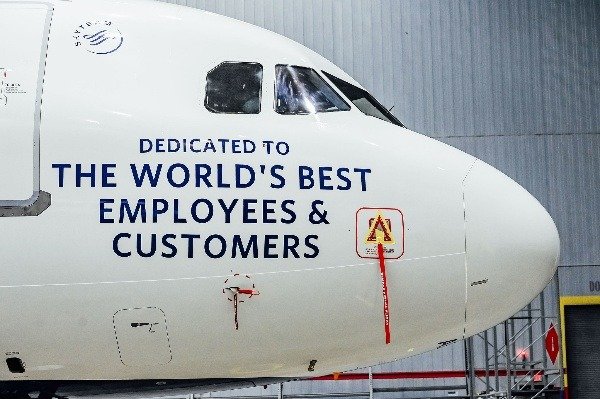 The process, which involved 48 custom decal panels, took more than a week to complete. The livery was performed at the Delta TechOps print shop and hangar in Atlanta.

Delta said it remains committed to its promise to take care of its employees, customers and the world which we all share.

As part of this, Delta also announced a $1 billion investment to advance sustainability in air travel and become the first carbon neutral airline globally.

What Do You Think About Delta’s Special “tank you” Plane And The $1.6 billion Payout?