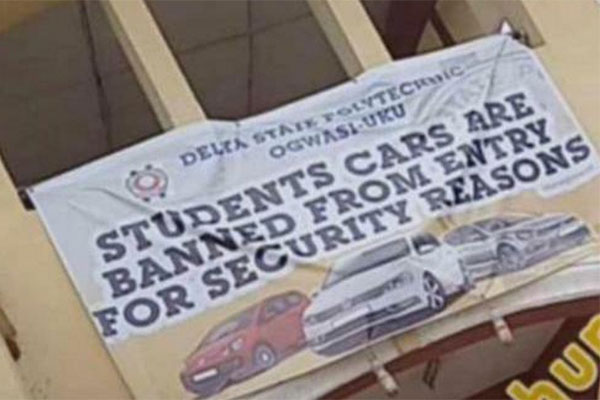 “Students cars are banned from entry for security reasons.”

The school’s management cited security reasons as a motive for this development. A twitter user with @whoismorj commented regarding this bombshell emanating from the institution; “Students don dey oppress lecturers” 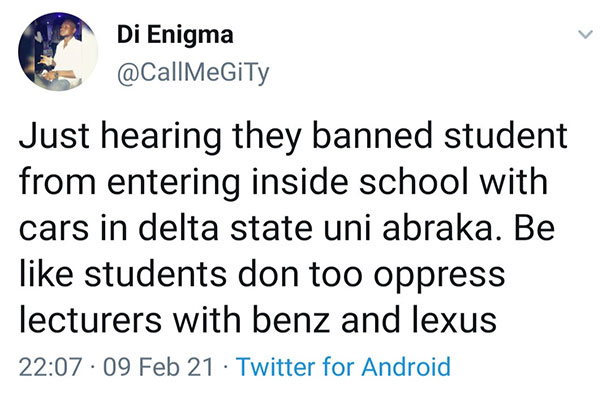 Another user @CallMeGiTy wrote: “Just hearing they banned student from entering inside school with cars in delta state uni abraka. Be like students don too oppress lecturers with benz and lexus

Last week, a lecturer at FUPRE was caught on camera lamenting bitterly after he arrived at school but could not find a place to park his car.

Reports gathered that the man showed up for lectures, only to find out that the parking spaces have been occupied by students cars.

In the 29 seconds video shared online, the lecturer was seen expressing his anger. He was telling someone to reverse and possibly look for a space elsewhere.

“How can lecturers come they couldn’t see a place to park? Students don park car full everywhere” he said. 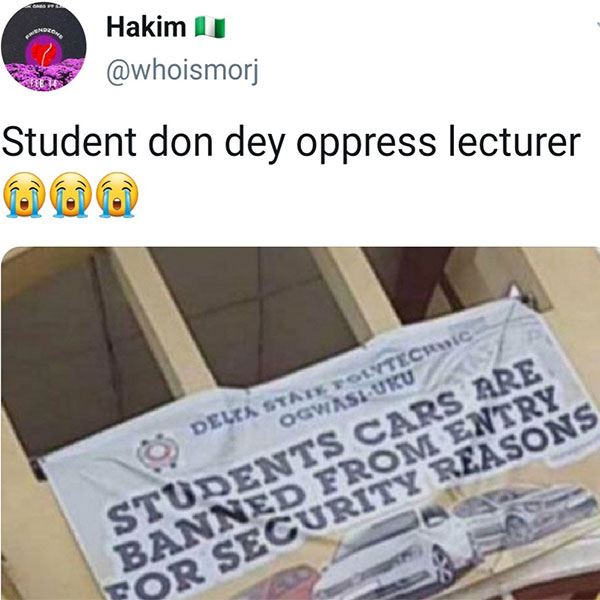