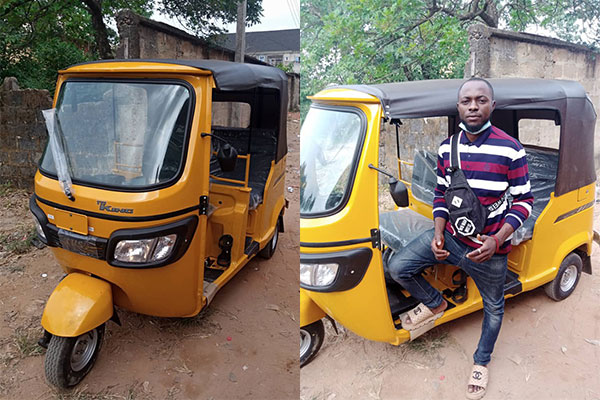 Okada rider gets a tricycle (Keke Marwa) gift from a man he carries to campus for free and on credit. 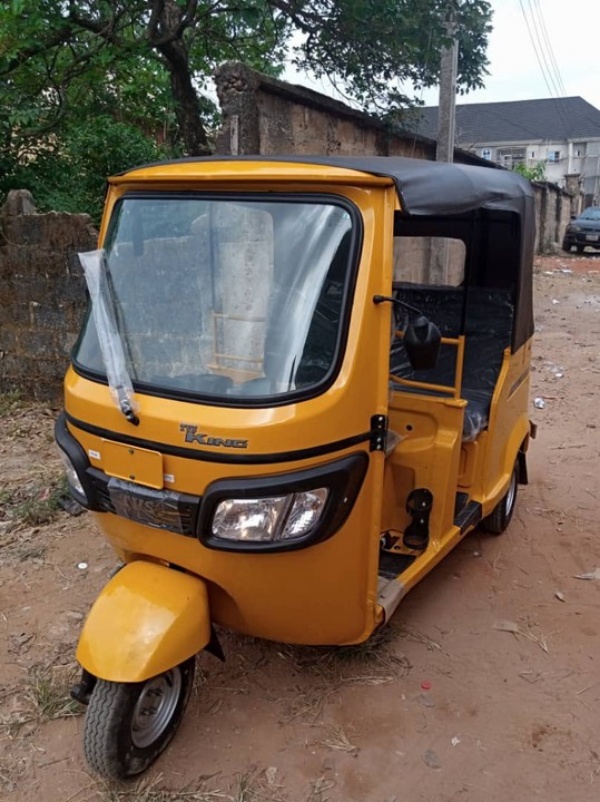 A twitter user with the handle @Duke of F.C.T has gifted a tricycle aka Keke Napep to a bike man who used to take him to campus everyday during his five years stay on campus.

Duke took to his twitter page to share this good news as a way to encourage others to do something good, especially to strangers.

He wrote, “A fulfilling day for me as I empower my university bike guy with a tricycle (keke). He carried me for 5yrs, many times free and on credit. Drive safely bro.” 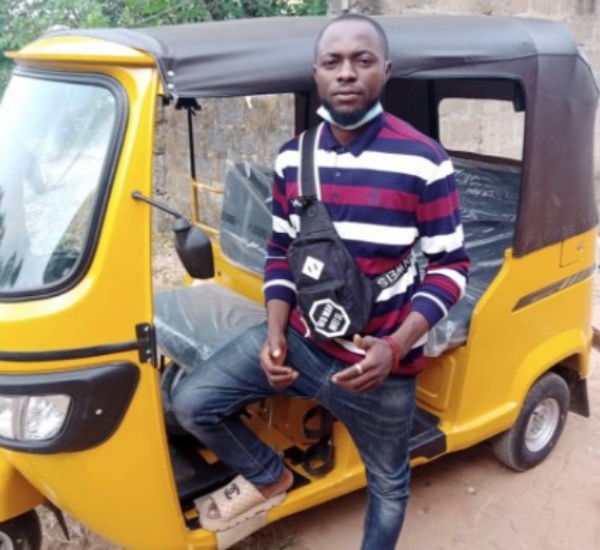 Reacting to the tweet, friends and followers wasted no time to congratulate the bike man after receiving his tricycle gift.

@Manlikechisom appreciated the kind gesture, but asked reasons for posting the bike man’s picture on a platform like twitter “Kind hearted buh u dint have to post his pic and the internet doesnt need to know. Una too like ka ri mi for this twitter sha.”

However, another user @Paschall supported the move, noting that displaying the picture of the receiver would encourage others;

“He did advertise it to encourage you and I to replicate the same. What do you think is the essence of testimonies? What matters most in life is your intent and motives, not necessarily your actions….”

A tricycle, popularly known as Keke Marwa or Keke Napep in Nigeria, is a human-powered (or gravity-powered) three-wheeled vehicle.

Some tricycles such as cycle rickshaws (for passenger transport) and freight trikes are used for commercial purposes. They are used in the developing world, particularly Africa and Asia.

In the West, adult-sized tricycles are used primarily for recreation, shopping, and exercise. Tricycles are favoured by children and senior adults for their apparent stability versus a bicycle.

However, a conventional trike has poor dynamic lateral stability, and the rider must take care when cornering to avoid tipping the trike over. Unconventional designs such as recumbents have a lower centre of gravity so require less care.

Delta State Polytechnic Bans Students From Driving Cars Within The School Premises, Here Is The Reason Why