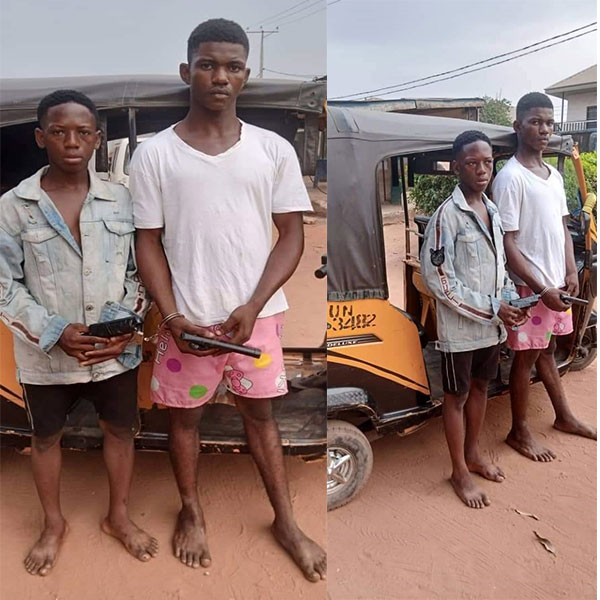 The arrest was carried out in conjunction with local vigilante group following a distress call.

The arrest was carried out in conjunction with local vigilante group at Parkers, Ziks Avenue, Awka following a distress call.

The operation was in furtherance with their avowed commitment to stem the tide of crime and other nefarious activities in the state.

The suspects allegedly attacked and snatched a tricycle from a Keke rider at gunpoint at Ziks avenue, Awka. Exhibits recovered in their possessions includes two locally made pistols and the snatched tricycle.

Meanwhile, suspects have voluntarily confessed to the crime and investigation is ongoing after which they would be brought to justice.

The Command reassure “Ndi Anambra” that it will continue to pursue the criminals from all nooks and crannies in the State until they repent or relocate from the State.