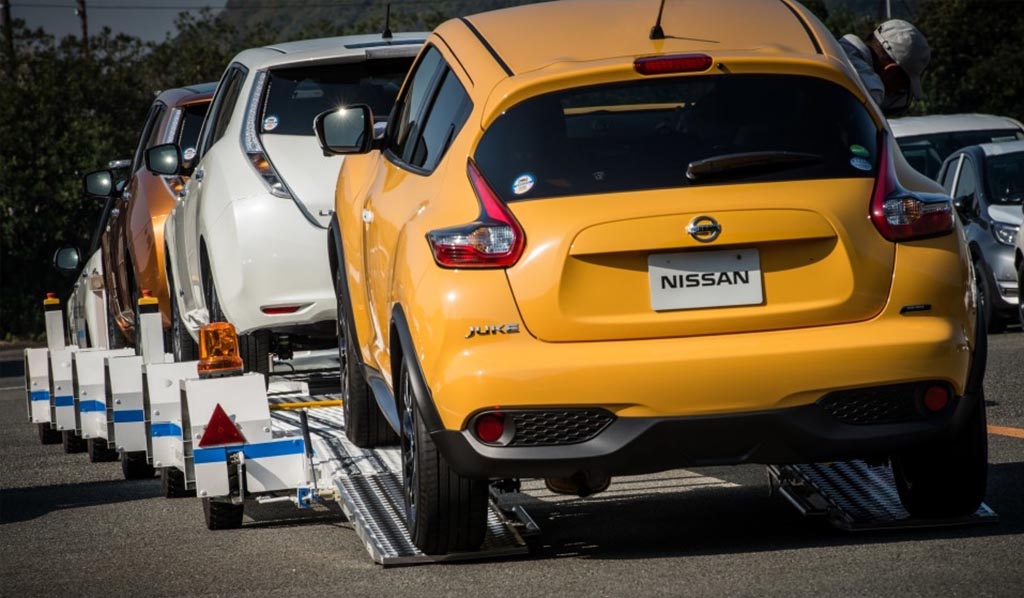 Nissan has worked on making the relationship between people, cars and society more exciting under its Intelligent Mobility vision, a framework for how cars will be driven, powered, and integrated into society.

This new project, which utilizes mapping and communication technologies to link an intelligent and all-electric car to infrastructure, is a step towards the realization of Nissan Intelligent Integration.

Unlike conventional automatic guided vehicle systems for transporting parts, which often require the installation of rails or extensive use of magnetic tape, this system does not need any special infrastructure to operate.

The towing car is equipped with an array of cameras and laser scanners that detect lane markings, curbs and potential obstacles or hazards around the vehicle. By cross-referencing this information with map data, the towing car calculates its own location, negotiating the route to its destination unaided. The towing car travels within the speed limits of the factory, and automatically stops if it detects an obstacle or hazard ahead, before setting off again when it has determined that the road ahead is clear.

The towing route can easily be altered to accommodate changes in production processes or vehicle transport routes. All driverless towing cars are connected to a central traffic control system, which can monitor the location, driving speed, remaining battery and operational status of each vehicle.

When two driverless towing cars meet at an intersection, the control system’s algorithm determines which car should be given right-of-way, and in case of emergency, the system can stop the vehicles remotely. 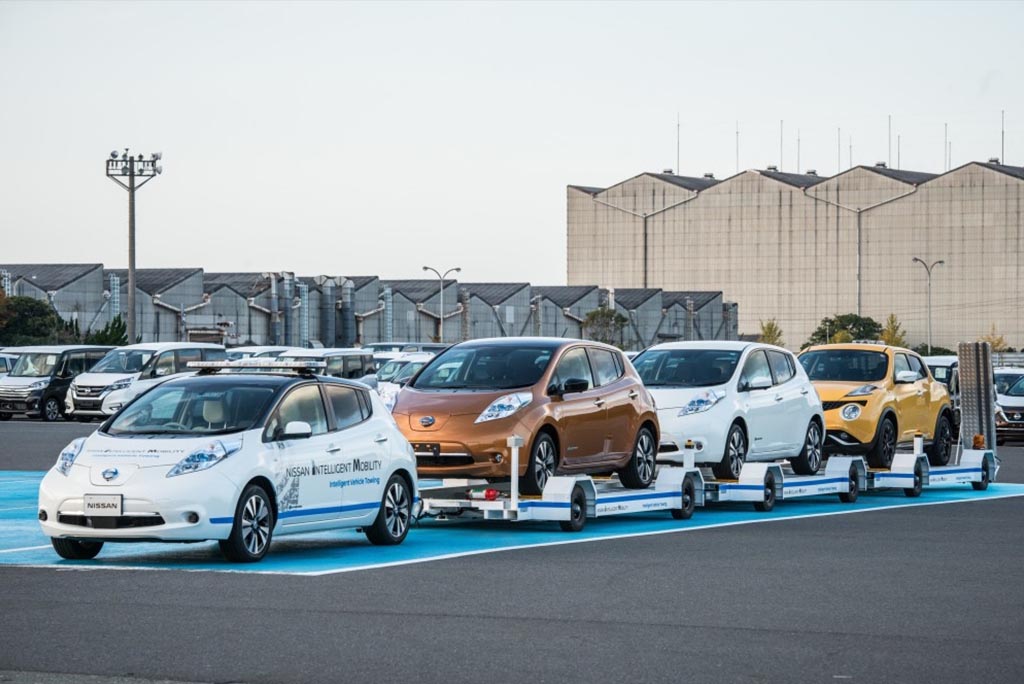 The Oppama Plant’s existing logistics system requires finished vehicles to be transported from the end of the production line to the facility’s dedicated wharf by a team of drivers, at which point they are loaded onto ships. Introducing IVT will allow Nissan to improve production efficiency.

Since trial operations of the system began roughly a year ago, more than 1,600 test runs have been carried out at the plant. The data acquired has been utilized to ensure that the system can operate reliably within the plant’s premises.

A safety system and a fail-safe system have been developed to counter potential risks or unexpected conditions the IVT system may face during autonomous driving, including adverse weather and low light conditions. Nissan will continue to test the system at its Oppama Plant, and will examine the possibility of implementation at other manufacturing facilities both in and outside Japan.

The data and know-how obtained through this project will help to enable broader adoption of autonomous driving technology, in order to provide new solutions to our customers, and to our society. 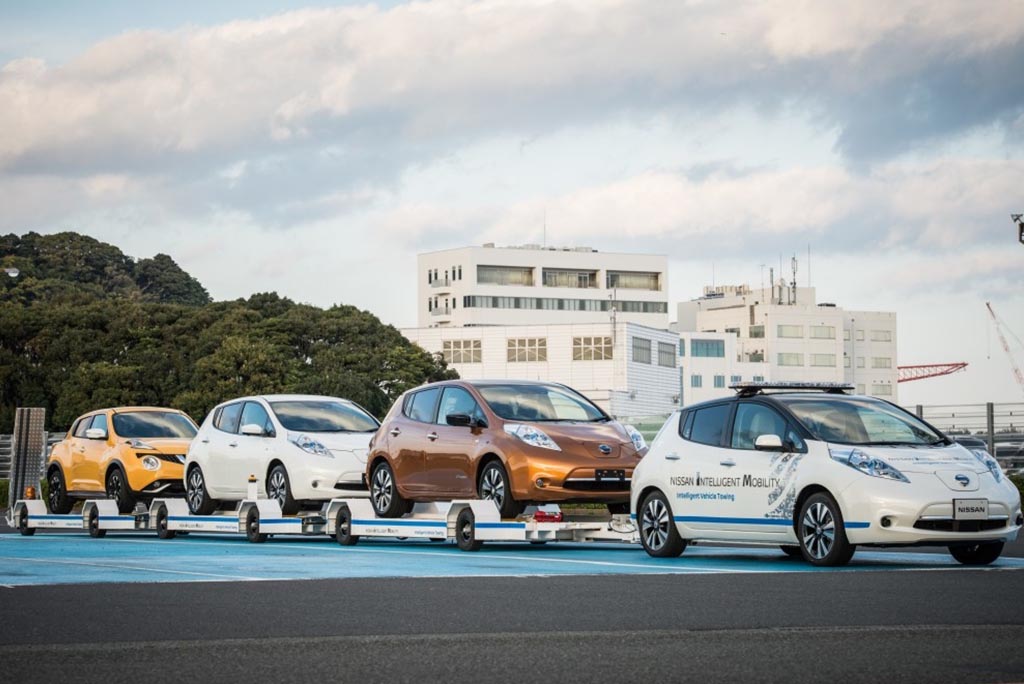