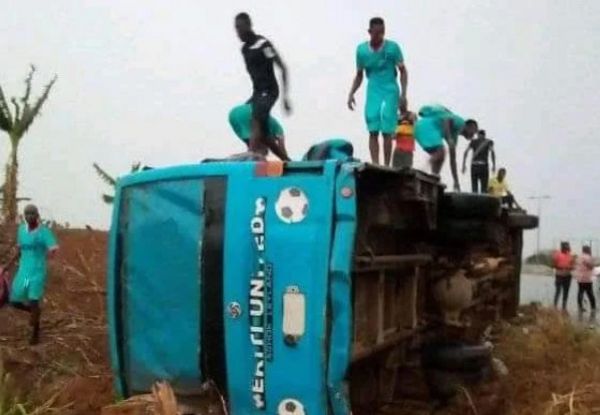 The players were returning to Ado from Ikere after their training session when the accident happened.

Various degrees of injuries were reportedly sustained by some of the players. 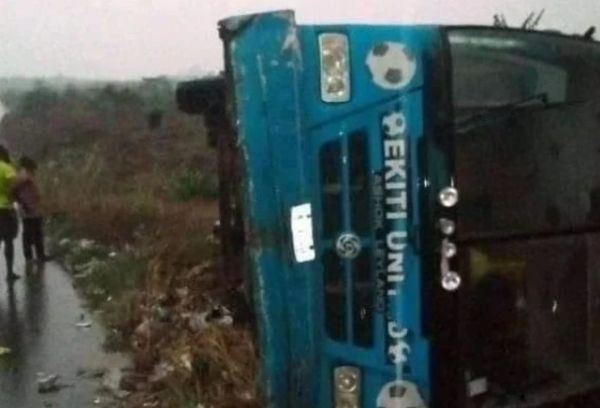 Ekiti United FC team bus was on Tuesday (March 16) involved in a lone accident while the players were returning to Ado from Ikere after their training session.

There were however no casualties as all occupants of the vehicle were safe. Though, various degrees of injuries were reportedly sustained by some of the players.

Findings however indicated that the accident could have been caused by slippery road occasioned by the rain that fell on Tuesday in Ado-Ekiti.

The team bus had been on the road for several hours in recent days. During the past one week, it made two different trips to away matches at Lagos and Ilorin. 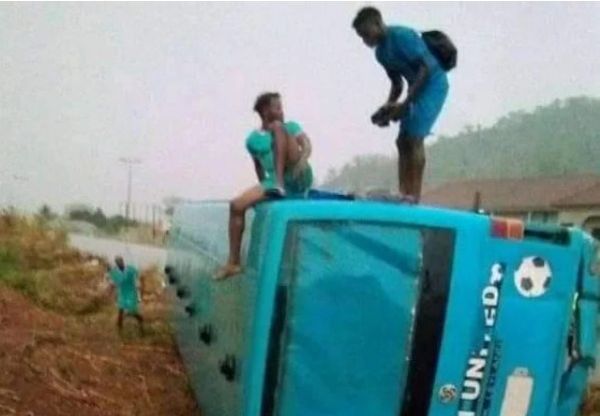 After traveling to Lagos on Monday for the mid week clash against Vandrezzer fc on Wednesday, the team returned to Ado on Thursday night. After then it, embarked on the journey to Ilorin on Friday morning for the weekend clash with Osun United.

The vehicle returned to Ado on Sunday after Saturday’s NNL match without any fault nor hiccup.

The commissioner for Youth and Sport Development, Mr Micheal Awopetu swiftly visited the scene of the accident. Meanwhile, he ordered the immediate treatment of affected players and officials. While speaking, he said God took absolute control in that there were no serious injuries sustained by anyone.