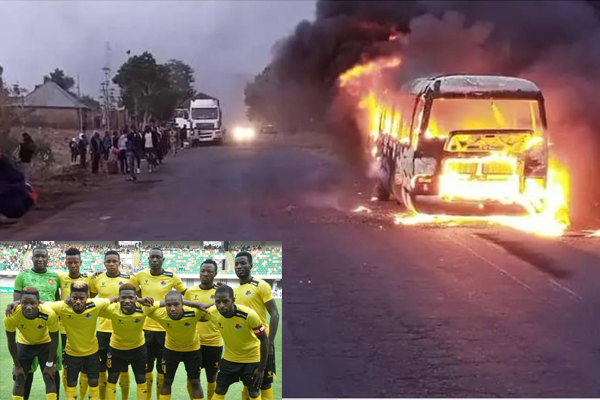 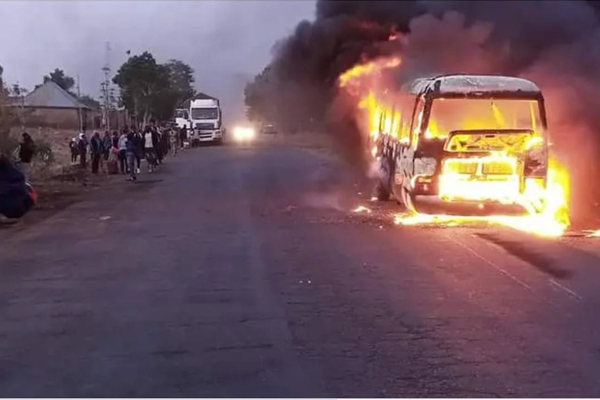 Nigeria Professional Football League side, Wikki Tourists FC were involved in an accident. The accident left the team bus burnt to ashes.

The accident occurred along Kibo road around the popular forest area after Jos in Plateau state on Thursday.

The Bauchi-based outfit was on the way to Uyo, Akwa Ibom state, to honour the NPFL matchday 11 against Dakkada FC.

According to reports, the NPFL side left their base in Bauchi around 4.30 am but the sad incident occurred some minutes to 7.00am near Jos.

Luckily, no life was lost in the inferno except for players and club officials, who lost values that include bags and phones. 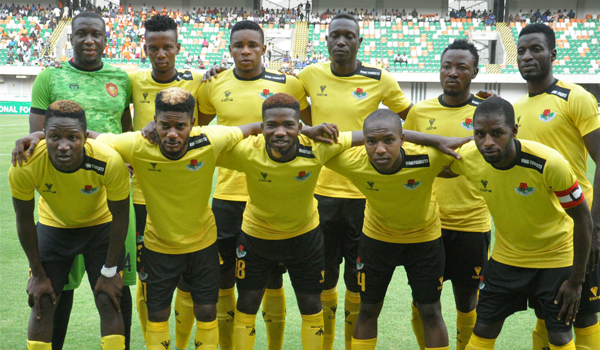 According to an eyewitness account by one of the Wikki Tourists players in the bus, Damala Ezekiel, he revealed the bus lost two tyres before finally going up in flames.

He wrote on his Twitter handle @Damalla33: “This Happened this Morning at Hawan Kibo on our way to Akwa Ibom for our match against Dakkada on Saturday.

“We lost 2 tyres b4 the Bus eventually caught Fire. Thank God for Delivering Us, no Life Was Lost, No One Was Injured. All Glory to God.

It will be recalled that on this same route 11 years ago, 15 footballers of amateur side, Jimeta Football Club Yola, as well as their coach and another official, met their deaths when their bus crashed into a gully.

Jaguar Car Brand To Be All-Electric By 2025