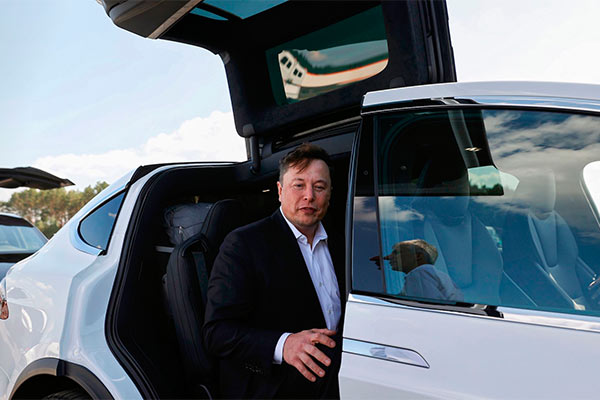 His second consecutive Person of the Year Award granted by the FT was due to Tesla’s accomplishments in the auto sector.

Lutz’s statements were included in an article awarding Elon Musk with the Financial Times‘ Person of the Year Award.

Elon Musk’s second consecutive Person of the Year Award was granted by the FT in no small part due to Tesla’s accomplishments in the auto sector. In an interview with the publication, Musk noted that Tesla faced a lot of doubts when it started, with critics calling the company fraud and its leader a fool. But when Tesla gained ground and started taking meaningful market share from the world’s renowned car companies, automakers changed their tune.

Bob Lutz, who has served as executive vice president and board member of Ford, president and then vice chairman and board member of Chrysler, and vice chairman of General Motors, confirmed Musk’s comments. Being one of the dissenting voices against Tesla in the past — at one point even declaring that the EV maker has no tech, software, and battery advantage against its rivals whatsoever — Lutz now states that Musk’s impact in the auto industry has been “unbelievable” and “nothing short of incredible.”

Lutz then added a rather interesting detail related to Tesla’s competition from Das Auto. “This is why Mercedes-Benz and BMW are so afraid of him,” the Detroit Big Three executive said.

Echoing Musk’s points further, Lutz confirmed that prior to Tesla, GM’s engineers were convinced that the type of lithium-ion batteries used in consumer devices such as laptops would not be capable of propelling a full-sized automobile. Things changed, however, when the original Tesla Roadster was released. Lutz noted that Tesla’s work with the original Roadster partly led to the creation of the Chevrolet Volt hybrid a decade ago.

Unfortunately for GM, however, the company did not follow through. GM now lags far behind Tesla in the electric vehicle market, and despite statements from US President Joe Biden about GM CEO Mary Barra leading the EV transition and electrifying the auto industry, the fact remains that the EV segment today would not really exist without Tesla and its workers’ hard work. And that, ultimately, helped earn Elon Musk yet another Person of the Year Award.


Related Topics:bmwElon_Muskmercedes benz
Up Next

Finally I Did It ! Uche Ogbodo Says, As She “Finally Snapped With Somebody’s Rolls-Royce”