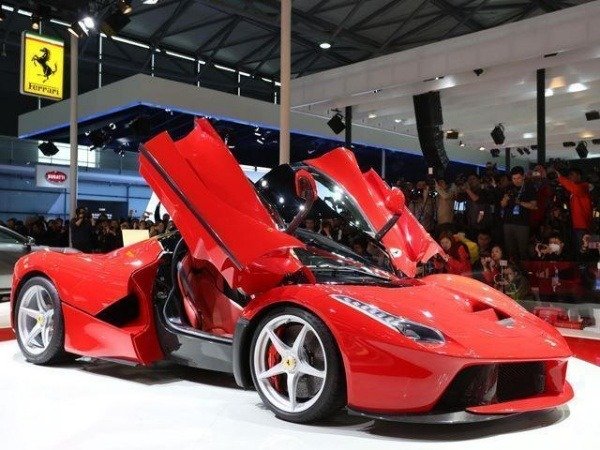 Come 2022, Italian automaker Ferrari will depart the league of popular brands that doesn’t have at least an SUV in its lineups.

As earlier revealed, Ferrari wants to use the Purosangue name for its upcoming SUV but a charitable foundation already trademarked the name in 2013.

The London-based non-profit foundation is now blocking the Italian automaker from trademarking it for itself.

Purosangue, which means “pure blood” in Italian, is used by Purosangue Foundation for its various merchandise material.

The lawsuit comes after an agreement between Ferrari and the Purosangue Foundation couldn’t be reached.

But a lawyer representing the foundation, Alessandro Masetti,
told the Financial Times the name has been in constant use and that there’s plenty of proof.

One example the lawyer mentioned there is a shoe line developed with a sponsor of the foundation, Adidas.

Originally due in 2020, Ferrari’s SUV, the Purosangue, will be revealed in 2021. The Purosangue is one of 15 models Ferrari will introduce by the end of 2022.

According to Ferrari’s chief engineer, Michael Lieters, the SUV would ride on a version of Ferrari’s front-engined platform.

The platform is capable of fitting V-6, V-8 and V-12 engines, along with all-wheel drive and plug-in hybrid capability.

Win The Mitsubishi Valentine Day Out With Actor Mawuli Gavor