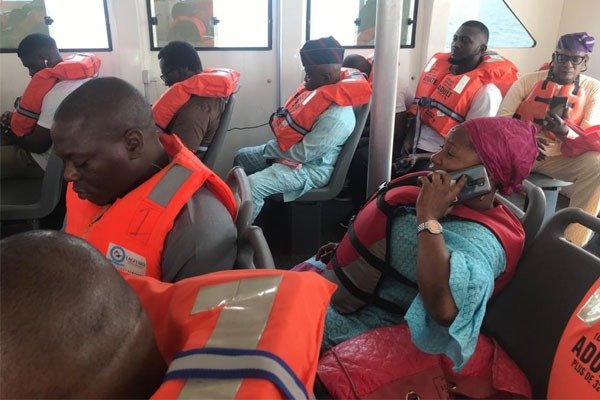 Since the launch, water transportation in the State has witnessed significant patronage by Lagosians. At the various terminals across the state, passengers can be seen boarding the boats in great numbers.

Onboard, the passengers were seen enjoying some services in the boats such as free internet Wi-Fi, phone charging, etc.

Some of the boats were named after past Governors of the state; for instance, “MV Babatunde Fashola”,  “MV Bola Tinubu”, etc.

The ferries transported the commuters from the different terminals and jetties such as Ebute Ojo, CMS, Ipakodo Terminal, Ebutte Ero, Falomo, etc.

According to the Lagos State governor, Governor Babajide Sanwo-Olu, the water transport platform is designed to decongest roads in Lagos, and substantially reduce travel time for commuters.

Lagos State Waterways Authority (LASWA) is the organization responsible for regulating, developing and managing all aspects of the waterways in Lagos State including the LagFerry.