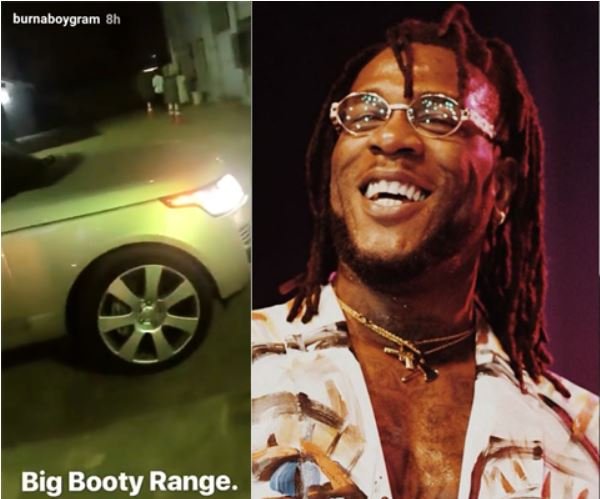 Burna Boy’s Range Rover Autobiography SUV which he has barely used for a year caught fire this morning along Lekki-Epe expressway. The star singer wasn’t in the car when the incident occurred.

According to the information we were able to gather, good Samaritans aided in quenching the fire before it could cause havoc. His dad later arrived the scene of incident to assess the situation. 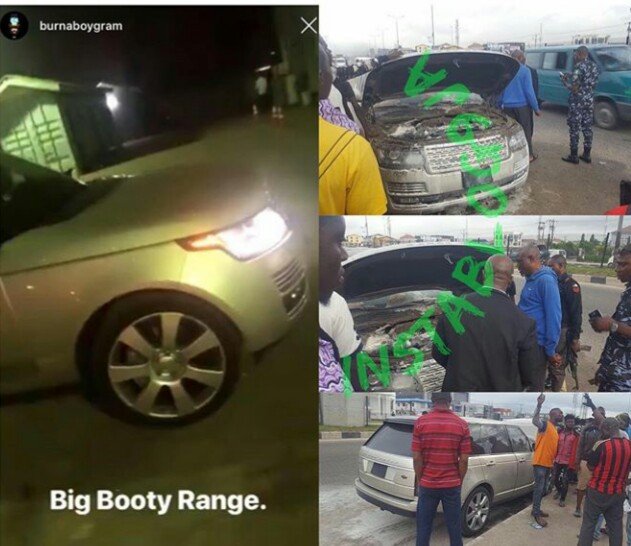 Damini Ebunoluwa Ogulu, known professionally as Burna Boy, is a Nigerian singer and songwriter who rose to prominence in 2012.

A few months ago, Burna Boy announced via an Instagram video a personal gift of a new Range Rover Autobiography. He was among the “8 Celebrities Who Gifted Themselves New Cars For Christmas.”